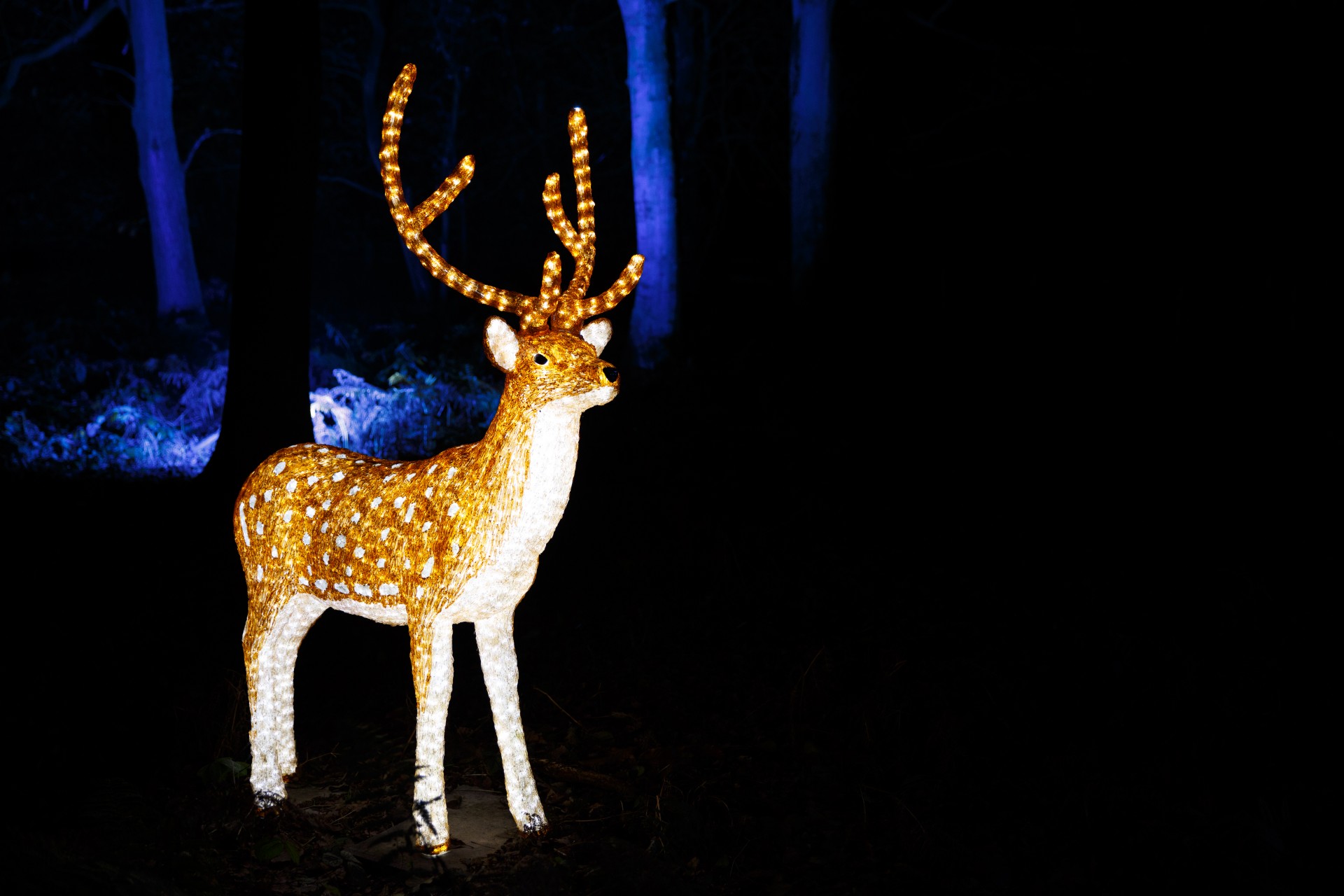 The reindeer rule is the name humorously applied to an informal establishment clause principle that arose from controversies over the public display of holiday decorations that included religious symbols. As the alternative name suggests, sufficient secular elements, such as a reindeer, can counterbalance religious components, such as a creche, in a public display. The Supreme Court has heard several First Amendment cases concerning public displays of religious decorations. (Public domain photo)

The reindeer rule — also known as the three plastic animals rule — is the name humorously applied to an informal establishment clause principle that arose from controversies over the public display of holiday decorations.

As the alternative name suggests, sufficient secular elements, such as the display of reindeer next to a creche, can counterbalance religious components in a public display. The Supreme Court has heard several First Amendment cases concerning public displays of religious decorations.

The origin of the reindeer rule is in Lynch v. Donnelly (1984), where the Supreme Court held that the display of a city-owned nativity scene did not violate the establishment clause of the First Amendment.

Although ambiguous about the importance of the context of the nativity scene in a larger holiday display (which included Santa Claus’s house, sleigh, and reindeer, among other secular items), Chief Justice Warren E. Burger, writing the majority opinion, maintained that isolating the religious elements of the display would mischaracterize it.

In a concurring opinion, Justice Sandra Day O’Connor placed even greater significance on the overall context of the display. Reorienting the three-pronged test of Lemon v. Kurtzman (1971) to focus on government’s endorsement or nonendorsement of religion, O’Connor presented a new test that evaluated the “message” communicated by the display as a whole. O’Connor’s endorsement test is still used in many establishment clause cases.

In County of Allegheny v. American Civil Liberties Union (1989), the Court ruled that a nativity scene displayed alone in a courthouse communicated endorsement of Christianity, while a Menorah accompanied by a Christmas tree and a tribute to liberty did not endorse Judaism.

Justice Harry A. Blackmun’s opinion for the Court embraced O’Connor’s endorsement test and its emphasis on context. Justice Anthony M. Kennedy dissented, maintaining that this construction required all public religious symbols to be diluted by secular context and could be assessed only by “a jurisprudence of minutiae.”

In McCreary County v. American Civil Liberties Union (2005), the Court held that adding secular components to a Ten Commandments display in two Kentucky county courthouses could not overcome a legislative intent to support a religious message.

In Van Orden v. Perry (2005), the Court allowed a monument to the Ten Commandments to remain on the grounds of a Texas courthouse as one display among many. Both of these were 5-4 decisions, with Justice Stephen G. Breyer serving as the key swing vote.

This article was originally published in 2009. Jesse Covington is Professor of Political Science at Westmont College in Santa Barbara, CA. His scholarly work focuses on the interrelation of religion and government, particularly as regards the meaning of "religion" in First Amendment law, political morality and natural law, and the foundations of political liberalism. He has published on John Locke, Saint Augustine, natural law, the First Amendment, and liberal arts education, including the co-edited Natural Law and Evangelical Political Thought (Lexington, 2012).