By Timothy J. O'Neill
Other articles in General Legal Concepts and Theories 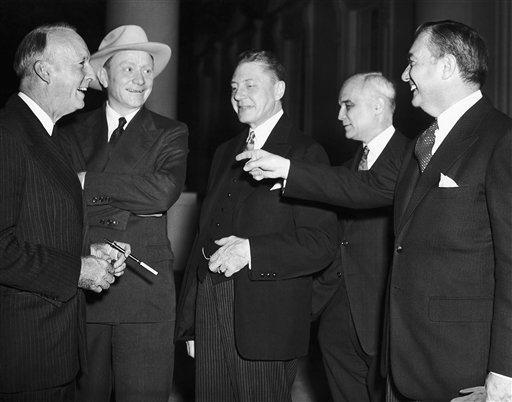 Absolutists believe that the wording “Congress shall make no law” in the First Amendment means that neither the federal nor state governments may pass laws that abridge the individual rights of religion, speech, press, and association. Also, to that end, these rights should never defer to other social values.

Justices Hugo L. Black and William O. Douglas developed and shared an absolutist approach to First Amendment freedoms. Justice Black’s reading of the history of the Bill of Rights persuaded him that the authors meant literally what they wrote and that the restrictions on government contained in the First Amendment are unalterable.

Black’s textualism stemmed from his suspicions about the power of judges, feelings rooted in the efforts of a conservative Supreme Court to strike down much of Franklin D. Roosevelt’s New Deal legislation in the 1930s, when Black served as a U.S. senator.

Even under absolutism, Black still thought some speech not protected

Despite his fervent advocacy of the absolutist position, Black still distinguished between speech that the Constitution protects unequivocally and expressive conduct that is not protected; some words are so closely connected to action that they should be unprotected, such as falsely yelling “fire” in a crowded theater. Moreover, when Black found no language in the Constitution expressly protecting an asserted right — for example, privacy claims as in Griswold v. Connecticut (1965) — he argued that only minimal due process guarantees should apply.

Douglas thought all expression was protected

Douglas agreed with Black about the absolute guarantees of the First Amendment, but rejected his literalism. As Douglas argued in Roth v. United States (1957), “The First Amendment, its prohibition in terms absolute, was designed to preclude courts as well as legislatures from weighing the values of speech against silence.”

In his view, the Constitution forbids courts and legislatures from abridging any form of expression, including sexually explicit materials. Douglas feared that a ban in any speech would shift the Bill of Rights away from protecting individual liberty and toward governmentally enforced social conformity.

Some absolutists reserve unfettered rights for political speech only

Some scholars, including Alexander Meiklejohn, advocate the absolutist position on the ground that only the unfettered expression of politically relevant opinions and ideas can guarantee the intelligent self-government of a democratic people. They draw a sharp line, however, between speech that deals with political topics and issues and other forms of literary, philosophical, or artistic expression, granting them less protection.

Others point to the history of government curtailment of speech and press, especially during wartime, that tended not to protect national security but to shield public officials from public criticisms. They argue for an absolutist position to protect unpopular minorities or viewpoints during periods of repression.

Critics of the absolutist approach argue that the First Amendment should be interpreted within the scope of the entire Constitution. Many rights guaranteed by the Bill of Rights can directly conflict with others; reconciling these conflicts is what politics, especially judicial politics, is about.

A majority of the Supreme Court has never endorsed the absolutist position. Rather, the Court has consistently held that certain types of speech are not protected by the First Amendment or can be regulated when offsetting social or individual interests are involved. For example, so-called fighting words can be prohibited. Advertising can be regulated to prevent fraud or deception. In addition, libel, slander, blackmail, and obscenity, although speech, are not constitutionally protected.