Aid to Religious Colleges and Universities

By Derek H. Davis
Other articles in Issues Related to Religion 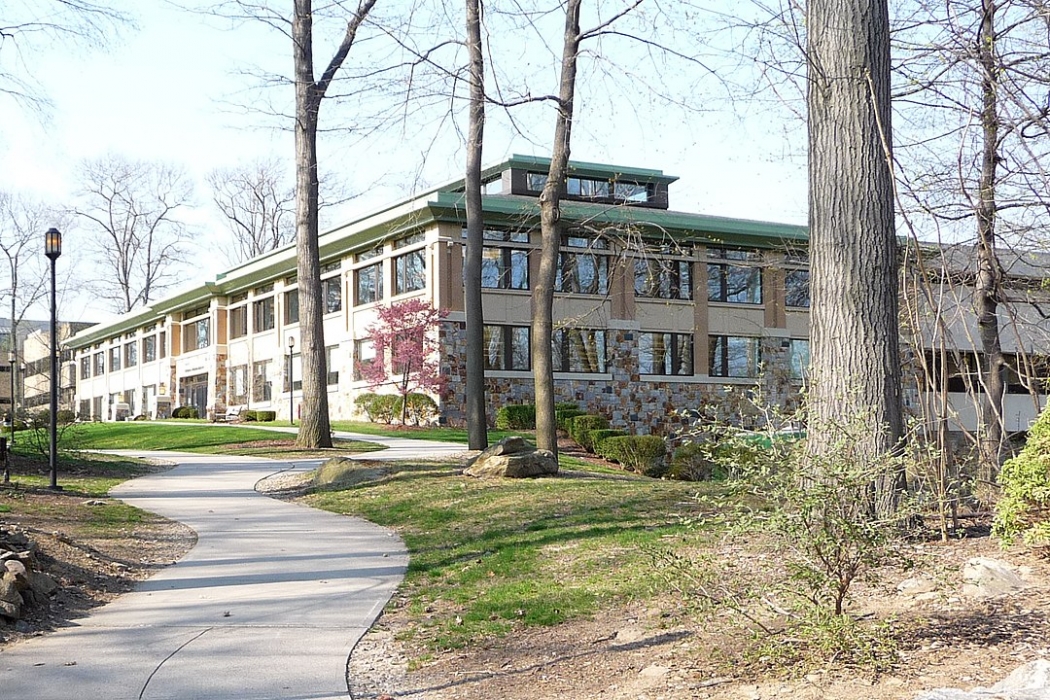 The Supreme Court has considered several cases on whether the First Amendment's establishment clause prohibits the government from granting aid to religious colleges. In 1971, for example, the Court upheld a federal law permitting federal grants for construction of secular buildings at church-sponsored colleges and universities. Funding for the library at Fairfield University (in this photo), a private Jesuit university in Connecticut, for example, was upheld in that case (Tilton v. Richardson.) Photo via Wikimedia by Stagophile, CC BY-SA 3.0.

Title VII of the Civil Rights Act of 1964 and similar state statutes prohibit employers from taking into account the religious background or affiliation of an employee or prospective employee in hiring and other personnel decisions. Nevertheless, Title VII, section 703 (E)(2), exempts a religious college or university from the ban on religious discrimination, even if the employee in question is not directly involved in the religious activities of the institution.

In Corporation of the Presiding Bishop of the Church of Jesus Christ of Latter-day Saints v. Amos (1987), the Supreme Court upheld this exemption against a challenge on First Amendment establishment clause grounds. Thus, such an institution is free to maintain its religious character by hiring persons who share a commitment to its religious tradition or values.

In Maguire v. Marquette (1987), however, a federal circuit court determined that Title VII does not permit a religiously affiliated college or university to discriminate on the basis of race, color, national origin, or sex.

In a related but separate issue, case law suggests that religiously affiliated institutions of higher education may preferentially hire employees on the basis of religion without impairing the entitlement of such institutions or their students to state and federal assistance programs.

Although the principal issue in these cases was not the employment policy of religiously affiliated institutions, the Court noted that such factors as religious commitment could be taken into consideration in determining whether an institution is “pervasively sectarian,” a finding of which would have caused the Court to disallow the governmental aid to the various institutions.

Later, in Smith v. Board of Governors (1977), the Court summarily affirmed decisions allowing state aid to students attending a religiously affiliated college where “an applicant for a position on the faculty is not required to disclose any religious preference or affiliation’’ and in Americans United for Separation of Church and State v. Blanton (1977) to institutions “with religious requirements for students and faculty” and which are “admittedly permeated with the dogma of the sponsoring religious organization.”

Many religiously affiliated colleges and universities receive financial assistance from the federal government in the form of grants or subsidized loans to construct or repair facilities on their campuses. In order to protect these grant or loan programs from constitutional challenge, Congress placed restrictions on the religious use of these buildings.

The Higher Education Facilities Act of 1963 authorized grants and loans for construction or renovation of facilities at qualifying institutions of higher education. Divinity schools were excluded from participation in this program, and divinity departments could not be located in a facility constructed or renovated with funds from this program.

Subsequent revisions of the statute prohibited use of such facilities for “religious worship or a sectarian activity or for a school or department of divinity” (20 U.S. Code ,sec. 1132 et seq.). The 1963 statute contained a provision that after 20 years from the date of the grant or loan, the federal government would waive its restrictions on the use of the facility, and the college could put it to any use it chose.

Accepting the view that the appropriate role of the government toward religion is neither hostility nor active support but “benevolent neutrality” as in Walz v. Tax Commission (1970), the Supreme Court ruled in Tilton v. Richardson (1971) that the federal grant and loan program enacted in 1963 was constitutionally permissible, in part because of the limitations placed on the use of facilities constructed with federal aid. The Court, however, invalidated the 20 year limit on the government’s interest in the facilities. In so doing, the Court, in effect, mandated that the federal government must continually regulate the use of any facility constructed or renovated with federal funds.

Neither the statute itself nor the accompanying regulations clearly defined the terms religious worship or sectarian activity. From cases invalidating public financial assistance of church-related elementary and secondary education, including Abington School District v. Schempp (1963), it would seem that the terms refer generally to instruction that indoctrinates or promotes faith in the beliefs of a particular denomination or which advocates a manifestly religious worldview.

Court has addresed government scholarships to students at religious schools

A number of cases address the constitutionality of scholarships to students attending religious colleges or universities.

In Witters v. Washington Department of Social Services for the Blind (1986), the petitioner, suffering from a progressive eye condition, applied to the State of Washington for a scholarship to attend a private Christian college. He sought training to become a pastor or youth director.

The Court upheld the scholarship program because it benefited students attending any kind of school, not just religious ones. This principle of “neutrality” may be viewed as part of a trend toward upholding state assistance to religiously affiliated colleges and universities.

In view of the rise of the neutrality principle, the outcome of Locke v. Davey (2004) surprised many. Davey dealt with the State of Washington’s request to pay for the pastoral ministries degree of Joshua Davey at Northwest College, a distinctively Christian college.

Davey argued that because the scholarship program funded the education of nonministerial students, the State of Washington could not discriminate against him. The Court disagreed, holding that Davey’s degree plan was specifically for ministerial training and that the state was not obliged to pay for such an education if its constitution prohibited taxpayer-subsidized ministerial degrees.