By Allison Hayward
Other articles in Issues Related to Speech, Press, Assembly, or Petition 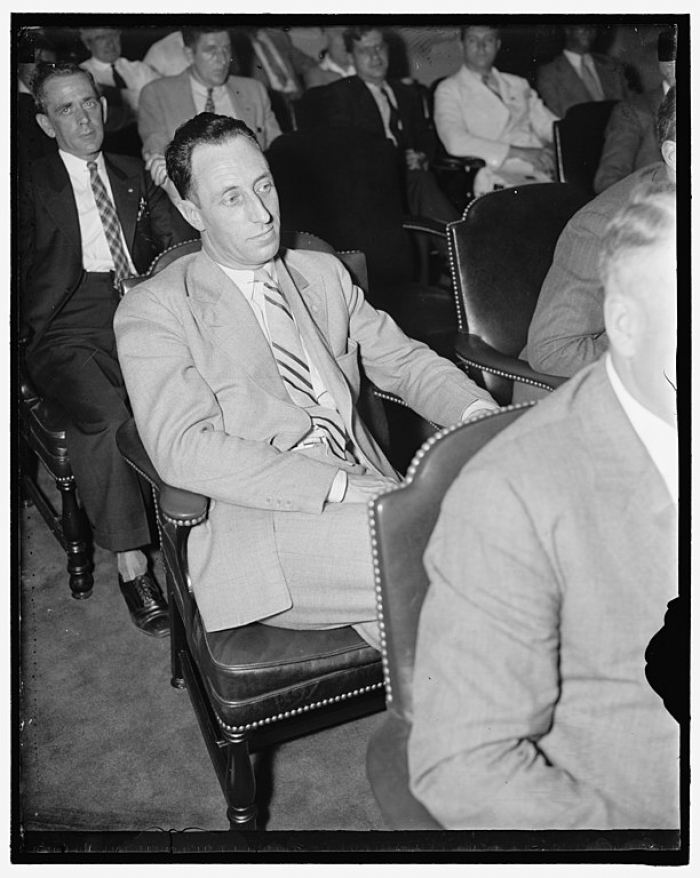 The Supreme Court reversed the deportation of labor activist Harry Bridges (pictured here), an Australian, because of statements he had made that prosecutors charged indicated “affiliation” with the Communist Party. Writing for the Court, Justice William O. Douglas concluded that “freedom of speech and of the press is accorded aliens residing in this country." (1934 photo via Library of Congress, public domain)

Although the First Amendment to the U.S. Constitution makes no distinction between citizens and noncitizens, Supreme Court precedents interpreting the amendment do not always treat these groups the same.

Early U.S. leaders crafted the First Amendment as a prohibition on Congress exercising its power in certain areas. Congress is denied the power to pass laws establishing a religion, prohibiting its free exercise, abridging the freedom of speech or of the press, or restricting the right of “the people” to assemble and petition the government.

Nonetheless, the adoption of the Alien and Sedition Acts of 1798 illustrates how repression of aliens and of First Amendment freedoms have often gone hand in hand.

Supreme Court precedents hold that aliens are entitled to lesser First Amendment protections while seeking to enter the United States, because an alien has no right to enter the country, as per United States ex rel. Knauff v. Shaughnessy (1950).

In matters involving alien exclusion and naturalization, Congress has historically been permitted broad regulatory powers, so the government has been able to use the political viewpoints of aliens against them where content-based distinctions against citizens would be impermissible. Some examples:

As Justice Francis W. Murphy described the law in his concurrence in Bridges v. Wixon (1945), “the Bill of Rights is a futile authority for the alien seeking admission for the first time to these shores. But once an alien lawfully enters and resides in this country he becomes invested with the rights guaranteed by the Constitution to all people within our borders.”

In that case, the Court reversed the deportation of labor activist Harry Bridges, an Australian, because of statements he had made that prosecutors charged indicated “affiliation” with the Communist Party. Writing for the Court, Justice William O. Douglas concluded that “freedom of speech and of the press is accorded aliens residing in this country. . . . [T]he literature published by Harry Bridges, the utterances made by him were entitled to that protection.”

So long as that same activity can be used to support the later deportation of an alien, however, resident aliens lack the same security in political expression extended to citizens.

According to the decision in Rasul v. Bush (2004), whether an alien is “in” the United States depends upon whether the location is territory over which the United States exercises plenary and exclusive jurisdiction. In Rasul, the Court held that U.S. courts had jurisdiction, or the power to hear a habeas corpus claim filed by detainees in Guantanamo Bay, Cuba.

A passing statement in United States v. Verdugo-Urquidez (1990), a Fourth Amendment search-and-seizure case, casts some doubt on whether “the people” to whom First Amendment rights belong includes aliens. The Court remarked, “[T]his textual exegesis . . . suggests that ‘the people’ protected by the Fourth Amendment, and by the First and Second Amendments . . . refers to a class of persons who are part of a national community or who have otherwise developed sufficient connection with this country to be considered part of that community.”

The USA Patriot Act of 2001 targeted certain speech and association activities by noncitizens in the immigration context. Under the act, aliens may be deported for fund-raising for, providing support to, or associating with groups deemed to be terrorist organizations by the U.S. government. It also excludes entry to aliens who endorse or espouse terrorism or support such groups.

In another anti-terrorism measure, the Department of Justice instructed immigration judges to close to the press and the public proceedings involving certain “special interest” cases and asked that they be removed from the court public docket.

The Sixth Circuit, following the rule set forth in Richmond Newspapers Inc. v. Virginia (1980), concluded that the First Amendment protected the right of access to the proceedings because of the history of access to such proceedings. The Third Circuit found the record insufficient in this regard.

The First Amendment rights of aliens, even once lawfully established in the country, are not equivalent to those of citizens in matters of campaign finance. Federal law prevents aliens who are not “permanent resident aliens” (green card holders) from making campaign contributions or expenditures and from participating in political spending decisions.