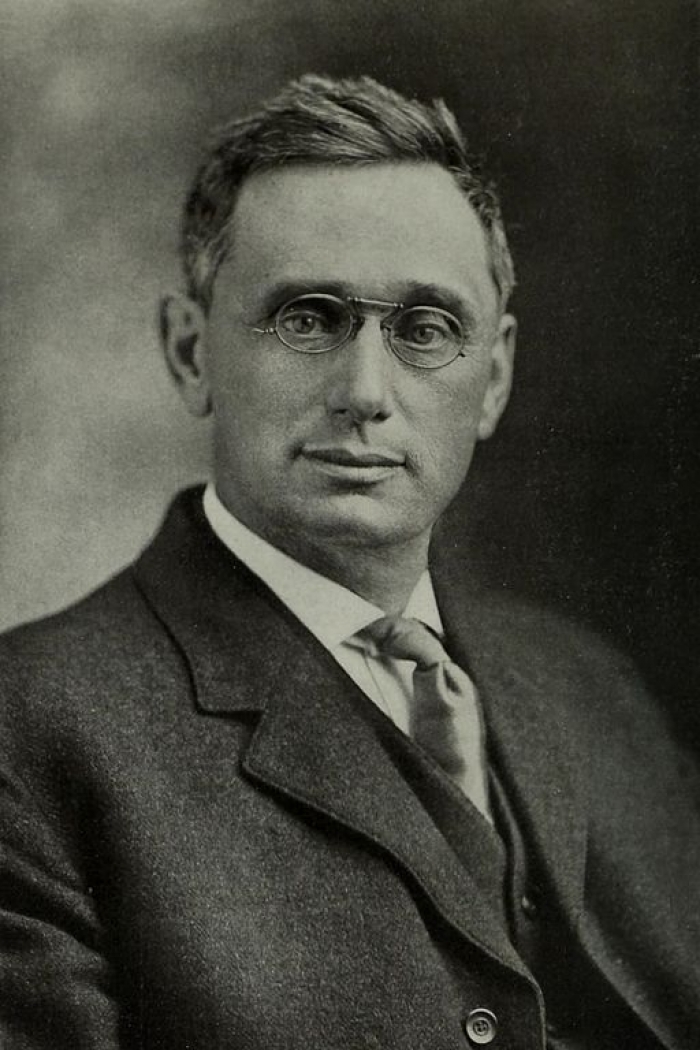 Justice Louis D. Brandeis established the counterspeech doctrine in a landmark case in 1927, reasoning that "if there be time to expose through discussion, the falsehoods and fallacies, to avert the evil by the processes of education, the remedy to be applied is more speech, not enforced silence." This preferred solution continues to be relevant today with concerns over false information on the internet and on social media. The Supreme Court referenced this reasoning in 2012 when the Supreme Court struck down a law that prohibited false speech about military honors. (Photo, public domain)

The counterspeech doctrine posits that the proper response to negative speech is to counter it with positive expression. It derives from the theory that audiences, or recipients of the expression, can weigh for themselves the values of competing ideas and, hopefully, follow the better approach.

The counterspeech doctrine is one of the most important free expression principles in First Amendment jurisprudence.

Justice Louis D. Brandeis established it in his classic concurring opinion in Whitney v. California (1927), when he wrote:

“If there be time to expose through discussion, the falsehoods and fallacies, to avert the evil by the processes of education, the remedy to be applied is more speech, not enforced silence.”

Counterspeech is not always a perfect remedy

Some observers argue that the counterspeech principle makes a better ideal than a reality, primarily because some people or groups in society possess far more power than do others. For example, proponents of critical race theory contend that minorities often are denied access to the marketplace of ideas to counter harmful speech.

Others argue that some types of speech — for example, pornography and hate speech — are so harmful that counterspeech alone is not an adequate response.

First Amendment experts Robert Richards and Clay Calvert (2000) offer that “[a]lthough counterspeech is not always a perfect remedy, individuals and courts should seriously consider it as a solution. When used wisely, counterspeech may prove to be a very effective solution for harmful or threatening expression” (p. 555).

The Supreme Court applied Brandeis’s principle in Linmark Associates, Inc. v. Townships of Willingboro (1977) in striking down a city ban on “for sale” signs designed to combat white flight. The Court wrote that a better response for the city would be to continue its “process of education” by “giving widespread publicity to ‘Not for Sale’ signs.”

Later, Justice Clarence Thomas cited Brandeis’s counterspeech passage from Whitney in his concurring opinion in Lorillard Tobacco Co. v. Reilly (2001), which invalidated a number of restrictions on tobacco advertising. Thomas wrote that if the state of Massachusetts’ “concern is that tobacco advertising communicates a message with which it disagrees, it could seek to counteract that message with ‘more speech, not enforced silence.’”

In more recent years, the Court continues to use the counterspeech doctrine in First Amendment cases.

In Alvarez, the Court struck down the constitutionality of the Stolen Valor Act, a law that broadly prohibited virtually any false speech about military honors.  “The remedy for speech that is false is speech that is true,” Kennedy wrote. “This is the ordinary course in a free society. The response to the unreasoned is the rational; to the uninformed, the enlightened; to the straight-out lie, the simple truth.”