By Chris L. Gibson
Other articles in Issues Related to Speech, Press, Assembly, or Petition 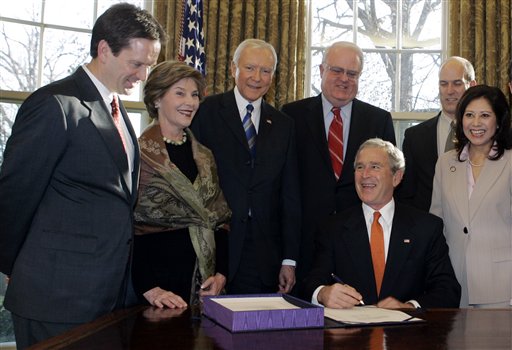 Cyberstalking involves using the Internet or related technologies to harass, threaten, or alarm others. The perpetrators of these crimes are hard to trace and apprehend.

Federal, state, and local governments have enacted laws to protect against cyberstalkers without infringing upon their First Amendment rights, one of the major concerns about these laws.

Cyberstalking can take many forms and is found in many places, including in e-mails, chat rooms, and guest books and through Internet sites, newsgroups, and message boards.

Andrew Archambeau became the first person to be convicted of cyberstalking, in State of Michigan v. Archambeau (1996). Archambeau and a woman he had met through an online dating service began an e-mail and telephone correspondence. When she asked Archambeau to stop contacting her, he instead barraged her with e-mails and voice messages for two months. His actions ultimately escalated to offline stalking, and he was convicted of a misdemeanor under the state’s cyberstalking law. Other perpetrators of cyberstalking have been prosecuted successfully since this case.

Law enforcement personnel face several problems when trying to prosecute cyberstalkers. Many states do not have laws explicitly addressing online stalking. Until 2006 the closest federal legislation was 18 U.S. Code 875, which prohibits interstate transmission of threats through the use of any type of electronic device.

Before bringing charges under existing laws, law enforcement personnel must usually show that there is either a credible threat to the victim or at least two or more acts that point to a credible threat. They must also gain cooperation from Internet service providers, which have varying standards for determining what constitutes reasonable cause to grant access to a subscriber’s records. Another barrier to tracking down perpetrators of cyberstalking is the growing number of tools that allow Internet users to maintain their anonymity.

In Reno v. American Civil Liberties Union (1997), the Supreme Court ruled against two provisions in the Communications Decency Act of 1996 because they were too vague and were found to violate First Amendment rights.

These regulations prohibited electronically transmitting “patently offensive” or “indecent transmissions” to minors under 18 years of age. The Court ruled that the statute was not specific enough to protect speech as allowed by the First Amendment. Threatening speech, obscenity, fighting words, and libel, all receive little or no First Amendment protection. Laws that outlaw cyberstalking specifically state that a true threat must be involved, and threats are not protected actions. These statutes must be written with care in order to be detailed enough not to violate First Amendment rights but broad enough to be effective in prosecuting true criminals.

In January 2006, President George W. Bush signed into law the Violence Against Women and Department of Justice Reauthorization Act of 2005, which was designed to extend many of the provisions of the Violence Against Women Act of 2000. Section 113 is “Preventing Cyberstalking.” The new provision extended an existing federal law on telephone harassment to include the use of the Internet to stalk or harass individuals.

In Elonis v. United States (2015), the U.S. Supreme Court invalidated the conviction of an individual who had posted rap lyrics appearing to contain threats, on the basis that the government had not established that he had the requisite criminal intent.

Current laws may be inadequate to protect against doxing

One form of cyberharassment is known as “doxing.”  It consists of releasing personal information that might include an individual’s address and social security number and may also be connected with threats.  A recent article suggests that existing laws, notably the Communications Decency Act, the Interstate Communications Statute, and the Interstate Stalking Statute, may be inadequate in deterring such attacks (MacAllister 2017).