By John R. Vile
Other articles in General Legal Concepts and Theories 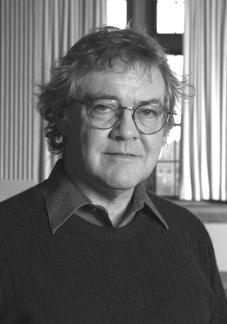 Law professor C. Edwin Baker developed the “liberty model” of the First Amendment as an alternative to the model of the “marketplace of ideas,” which the Supreme Court has often cited in its decisions. Baker believes the First Amendment protects speech because of its value to the individual.

Law professor C. Edwin Baker developed the “liberty model” of the First Amendment as an alternative to the model of the “marketplace of ideas,” which the Supreme Court has often cited in its decisions.

Baker (1989) believes that the marketplace model, which he largely traces to John Stuart Mill’s On Liberty, is unpersuasive because it rests on unproven ideas that truth is objective and discoverable, that people are basically rational, and that this rationality would enable individuals to judge such truths (pp. 6–7).

Baker similarly rejects the idea that the First Amendment was primarily designed to protect “political speech”; indeed, he argues that this is simply an attempt to adapt the marketplace of ideas approach to the political arena (p. 28).

Liberty model: Speech and expression should be protected because of value to individual

Baker says that in his liberty model, “Speech or other self expressive conduct is protected not as a means to achieve a collective good but because of its value to the individual” (p. 5). Baker describes his model as embracing the idea “that the First Amendment protects a broad realm of nonviolent, noncoercive, expressive activity” (p. 47).

With such an understanding, it is possible to restrain three distinct types of speech:

With the exception of these three categories of expression, however, Baker’s theory does provide a rationale for the protection of nonviolent symbolic speech (such as wearing arm bands or other political symbols).

Baker believes that his model of free speech gives greater coherence to the First Amendment: “First Amendment protections of speech, assembly, and free exercise of religion are merely different markers bounding a single realm of liberty of self-expression and self-determination” (p. 5).

Baker points out that Thomas Emerson, a noted First Amendment scholar, treats freedom of the press somewhat differently, defending what he calls “the ‘fourth estate’ theory of the press” that he attributes to Justice Potter Stewart (p. 225).

This theory, which in turn dates back to a comment by the English philosopher Edmund Burke, notes the role of the press as a “Fourth Estate” (balancing the three estates — clergy, nobility, and commoners — represented within Parliament). Baker recognizes special rights for the press that allow it to defend itself. Arguing that his theory “justifies only ‘defensive’ constitutional rights” for the press, he observes that “despite their instrumentalist foundation, [these rights] should generally take an absolute form” (p.225).