Why do the news media call races in U.S. elections? 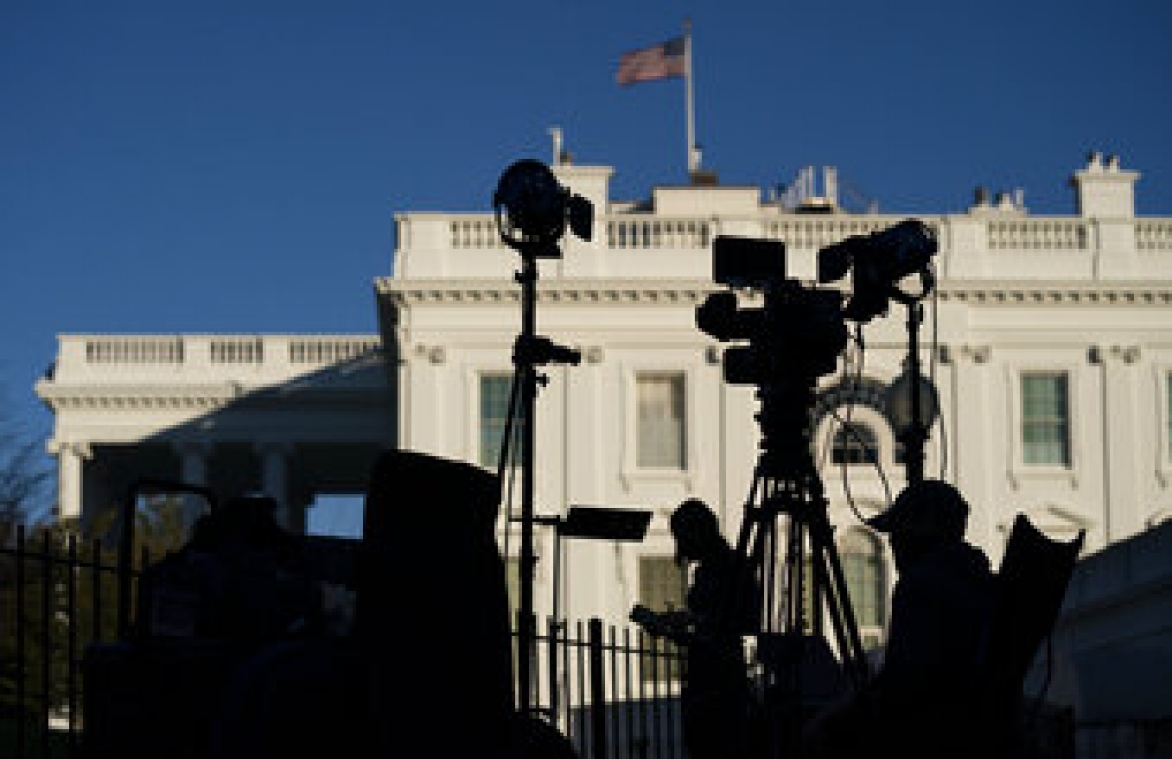 In this Nov. 4, 2020, file photo, news organizations set up outside the White House in Washington, D.C. The Associated Press and the major TV networks have long played a major role in announcing the victor in elections based on their own data. There is no national elections commission to tell the world who wins on election day, unlike in many other countries. Instead, the news media has historically stepped into this role — a tradition that evolved from the simple need to report the news. (AP Photo/Evan Vucci)

By ALEXANDRA OLSON and DAVID KOENIG, The Associated Press

Fifty-one separate elections — one in each state and one in Washington, D.C. Each with different rules and regulations, and no national elections commission to tell the world who wins. How, then, to quickly and accurately determine who won the highest office in the land?
That's where the news media come in — and have done so since 1848, when The Associated Press declared the election of Zachary Taylor as president.

The Electoral College actually chooses the president under the U.S. Constitution, acting in a process that starts with the popular vote across the republic. But its work takes weeks. In that strange vacuum created by a federalist system and worsened — in the 1800s — by the slow counting and communicating of returns, news organizations emerged as major players in first, collecting and adding together the vote from each state's election officials around the country, then announcing the victor on the basis of that vote count.

Lots of people seem surprised by that these days, including President Donald Trump. After The Associated Press and the major U.S. television networks called the presidential race for Democrat Joe Biden, Trump tweeted: Since when does the media "call who the next president will be"?

Here's a look at how that system came to be.

The expectation of same-day election results is a modern one, as is the notion of one single Election Day.

The founding fathers designed the Electoral College — a series of state elections to pick the president — partly because keeping power in the states was the only way to guarantee some states would ratify the Constitution, says Alex Keyssar, a voting-rights expert at Harvard University. Since the Civil War, he says, rural and especially Southern politicians have objected to giving any power over elections to the federal government.

Early in U.S. history, elections took place over many days, and not all states voted on the same day. It was the advent of the telegraph – and worries that results in one state might influence another – that led to a single presidential-election day, according to David Greenberg, a Rutgers University history and journalism professor.

Once a presidential election ends, each state chooses its representatives to the Electoral College — a number based on the size of each state's population and how many representatives and senators it has in Congress. Those representatives, who are sworn to vote for the candidate who got the most votes in that state, don't vote until Dec. 14.

The president of the senate and the archivist must receive certificates recording the electoral vote results no later than the fourth Wednesday in December — this year, Dec. 23. The results of each state's electoral votes are then sent to the newly elected Congress, which is set to meet in a joint session on Jan. 6 and announce the results.

It evolved from an instinct to report the news, but mostly because Americans didn't want to wait to find out the results until mid-December.

Against the reality of the decentralized government structure, no one but the media has been willing to take on the cost of tabulating votes, says Rick Edmonds, a media business analyst at the Poynter Institute for Media Studies. The Federal Election Commission regulates some aspects of elections but doesn't tabulate votes. So the vacuum remained between individual states' results and the country's collective decision.

AP's role collecting vote counts and analyzing the data predates the Civil War. U.S. television networks began doing their own analyses in the 1960 race between Richard Nixon and John F. Kennedy, examining data and calling winners one state at a time.

This year's effort was complicated by the coronavirus pandemic. People chose to vote early or by mail, producing a slower vote count in some states. The race was also close in many states, which makes ascertaining a winner more slow. The major networks and the AP called the presidential race on Saturday, Nov. 7, four days after Election Day.

How races are called

AP uses a 50-state network of freelance "stringers" who collect votes from county clerks and other local officials. Other AP journalists gather results from state or county websites, as well as via electronic data feeds from states.

News organizations around the world that take AP use this count to report on results. Meanwhile, state-based analysts and editors on AP's Decision Desk look at that vote count — combined with research including demographic data, voting history and statistics about advance voting — to declare winners.

On Saturday morning, the AP declared Democrat Joe Biden the winner after determining he had won the race in Pennsylvania, which pushed him over the 270 electoral votes needed. Major U.S. television networks follow roughly the same process, using either AP's vote count or another vote count to call races.

"The plus of having the free press do this is that the free press is free and independent, at least in theory," Keyssar says. "But it has no official status, and thus its conclusions are not binding on anyone. That is creating confusion as we speak."
There are no major efforts afoot to have anyone else do it.

What if it's wrong?

Mistakes and glitches have happened.

In 1948, the Chicago Daily Tribune famously plastered "Dewey Defeats Truman" across the front page of its first edition when early numbers made it look like Thomas Dewey was ahead. But the tide turned, and President Harry S. Truman defied pollsters by scoring an upset victory.

In 2000, the major TV networks and the AP called Florida for Democrat Al Gore, relying largely on Election Day polling. As the votes were counted everyone reversed course. The networks declared that Republican George W. Bush had carried the state, only later to retract that decision, too. The AP held off on making the second call, deeming the race too close. More than a month later, a 5-4 U.S. Supreme Court stopped a recount and locked in Bush's narrow victory

Legal challenges
The Trump campaign has vowed to challenge Biden's victory in the courts. On Monday, Nov. 9, Attorney General William Barr authorized federal prosecutors across the U.S. to pursue "substantial allegations," if they exist, of voting irregularities before the Electoral College certifies the election. His memo identified no specific instances of alleged fraud.

AP's Decision Desk takes legal challenges and disputes into consideration when determining whether a race is safe to call, says Sally Buzbee, executive editor of the AP.

Trump attorney Rudy Giuliani held a news conference in Philadelphia on Saturday to discuss the fraud claims when he learned the AP and other networks had called the race for Biden. He pointed out that news media have no official role in deciding who becomes the U.S. president.

That's true. But Edmonds said he expects the practice of race-calling to continue. It's entrenched, he says, and while he believes that news organizations can improve methods, "I don't see a case that the system didn't work."