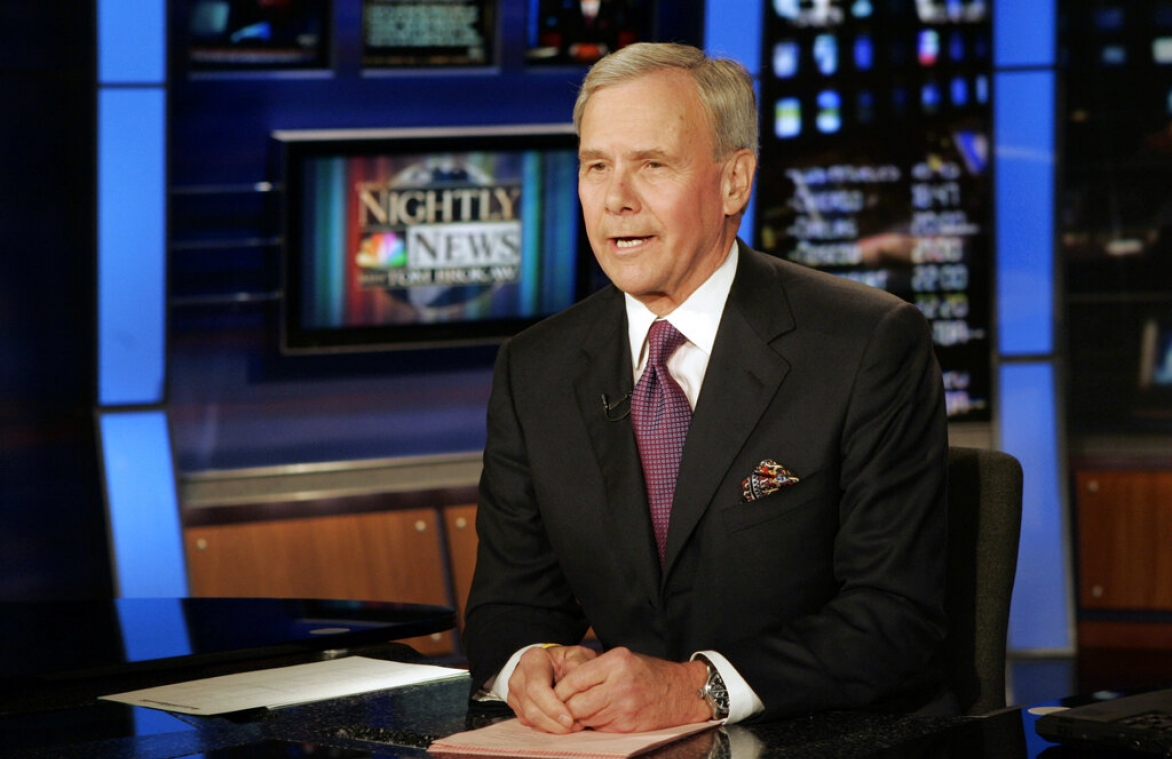 "NBC Nightly News" anchor Tom Brokaw delivers his closing remarks during his final nightly broadcast, in New York on Dec. 1, 2004. Brokaw says he is retiring from NBC News after working at the network for 55 years. The author of "The Greatest Generation" is now 80 years old and his television appearances have been limited in recent years as he fought cancer. He says he will continue writing books and articles. (AP Photo/Richard Drew, file)

NEW YORK (AP) — NBC News veteran Tom Brokaw said Jan. 22 that he is retiring from the network after 55 years.

Brokaw, author of "The Greatest Generation," was NBC's lead anchor at "Nightly News" and for big events for more than 20 years before giving way to Brian Williams in 2004.

The 80-year-old newsman did documentaries and made other appearances for the networks after that, but he has fought cancer and his television appearances have been more sporadic.

He said he would continue to be active in print journalism, writing books and articles.

Brokaw began at NBC in its Los Angeles bureau in the 1960s, where he covered Ronald Reagan's first run for public office and the assassination of Robert F. Kennedy.

He was a White House correspondent during Richard Nixon's presidency, and began co-hosting the "Today" show in 1976. He started hosting "Nightly News" in 1983.

For two decades, the triumvirate of Brokaw, ABC's Peter Jennings and CBS' Dan Rather were the nation's most visible broadcasters, anchoring major stories like the Sept. 11, 2001 terrorist attacks.

"During one of the most complex and consequential eras in American history, a new generation of NBC News journalists, producers and technicians is providing America with timely, insightful and critically important information, 24/7." Brokaw said. "I could not be more proud of them."