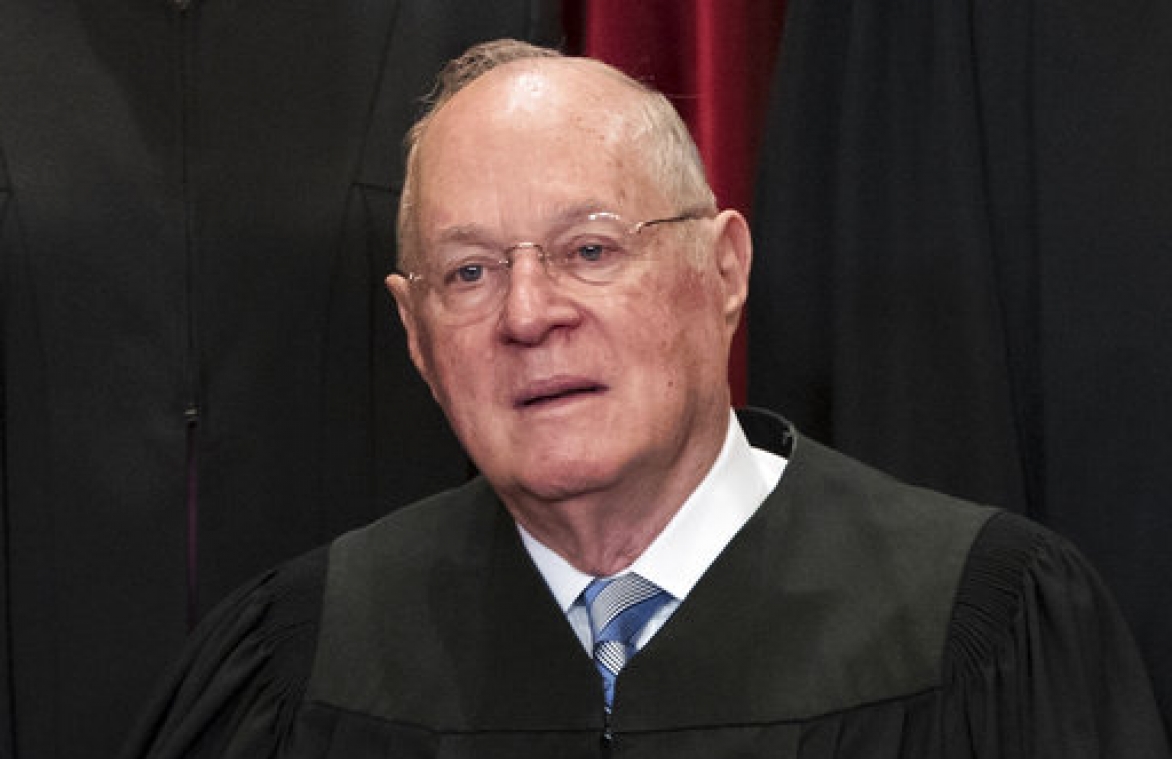 In this June 1, 2017, file photo, Supreme CourtAssociate Justice Anthony M. Kennedy joins other justices of the U.S. Supreme Court for an official group portrait at the Supreme Court Building in Washington. The 81-year-old Kennedy said Tuesday, June 27, 2018, that he is retiring after more than 30 years on the court.(AP Photo/J. Scott Applewhite, File, with permission from The Associated Press)

U.S. Supreme Court Justice Anthony Kennedy may be remembered most for his decisions in the areas of gay rights and abortion.  But, he certainly made his mark in many areas of First Amendment jurisprudence.

He authored the Court’s majority decision in Citizens United v. FEC (2010), emphasizing that “the First Amendment does not allow political speech restrictions based on a speaker’s corporate identity.”   That decision inspired a legion of criticism, proposals for a 28th Amendment to amend the First Amendment, and Presidential criticism.

For example, Kennedy wrote in his concurring opinion in Simon & Schuster, Inc. v. Members of N.Y. State Crime Victims Bd. (1991), that New York’s Son of Sam law – which allowed publishers to take money from books in which criminals talked about their criminal exploits – was flatly unconstitutional.  “The regulated content has the full protection of the First Amendment, and this, I submit, is itself a full and sufficient reason for holding the statute unconstitutional,” he wrote. “ In my view, it is both unnecessary and incorrect to ask whether the State can show that the statute  is necessary to serve a compelling state interest, and is narrowly drawn to achieve that end.”

Kennedy adopted a similar approach in another concurring opinion, this time in Republican Party of Minnesota v. White (2002), a case in which the Court invalidated a judicial speech restriction that prohibited judicial candidates from announcing their views on disputed legal or political issues.  “I adhere to my view, however, that content-based speech restrictions that do not fall within any traditional exception should be invalidated without inquiry into narrow tailoring or compelling government interests,” he wrote.

Kennedy distinguished himself in other areas of First Amendment law.  For example, in the Establishment Clause arena, Kennedy proposed what he termed the coercion test – first in a concurring opinion in County of Allegheny v. ACLU (1989) and then in his majority opinion in Lee v. Weisman (1992).   In Weisman, a sharply divided Court invalidated a middle school’s practice of having a religious figure deliver a prayer at graduation.  “The Constitution forbids the State to exact religious conformity from a student at the price of attending her own high school graduation,” he wrote, emphasizing that “subtle coercive pressures can exist.”

Kennedy’s generally positive mark on First Amendment jurisprudence must be tempered with the realization that he wrote the Court’s majority decision in Garcetti v. Ceballos (2006), a decision that badly damaged the free-speech rights of public employees.   Kennedy imposed a new categorical rule on public employees: “When public employees make statements pursuant to their official duties, the employees are not speaking as citizens for First Amendment purposes, and the Constitution does not insulate their communications from employer discipline.”

This decision means that public employees engaging in official, job-duty speech have zero free-speech protection even if they are a whistleblower and the speech they utter is vitally important to the public.   The decision is a blot on his First Amendment record.

However, Kennedy often wrote passionately and beautifully about the importance of protecting speech and contributed mightily to First Amendment jurisprudence as a whole.