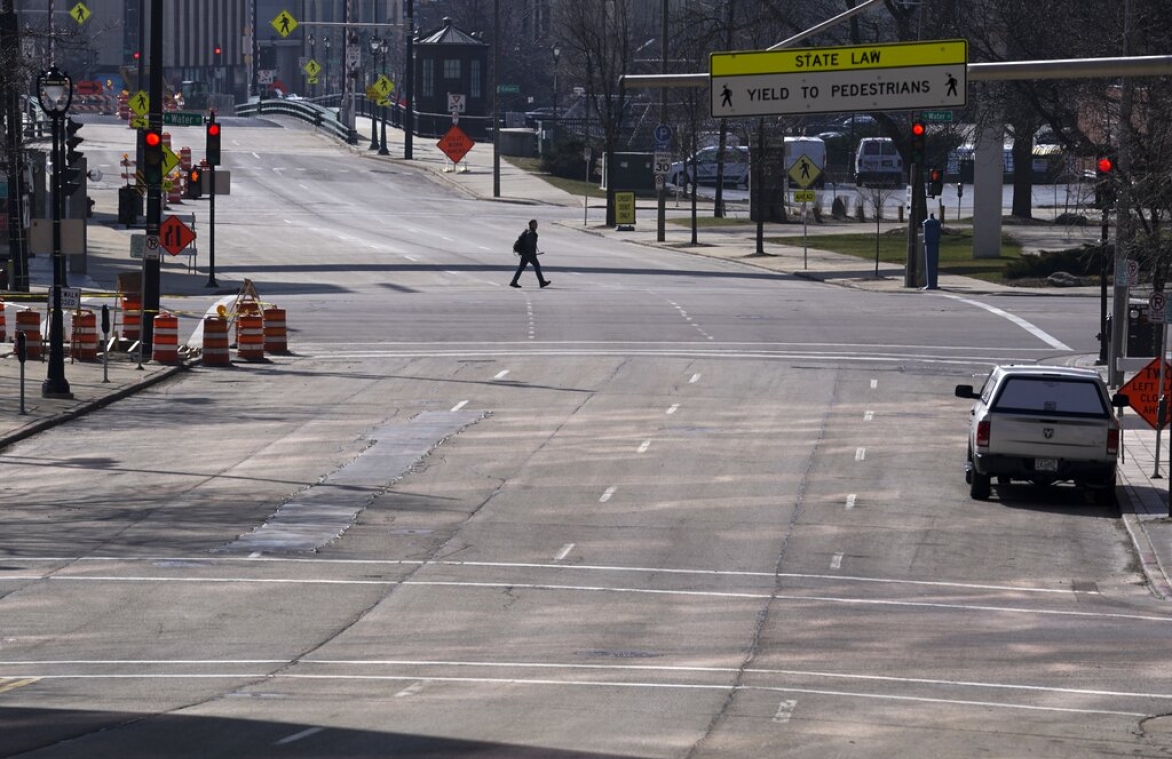 A pedestrian walks across State Street on March 24, 2020, in Milwaukee. Streets are quiet because of the coronavirus pandemic. (AP Photo/Morry Gash)

MADISON, Wis. (AP) — A Wisconsin appeals court ruling clears the way for names of businesses that have had outbreaks of COVID-19 can be made public, but the decision is expected to be appealed to the state Supreme Court before any information is released.

The ruling from the 4th District Court of Appeals, based in Madison, came April 5 in a case brought by the state's largest business lobbying group, Wisconsin Manufacturers and Commerce, against Gov. Tony Evers' administration. The lawsuit attempted to block the release of the names of more than 1,000 businesses with more than 25 employees where at least two workers have tested positive for COVID-19.

A Waukesha County judge last year issued rulings barring the state from releasing any of the information.

But the appeals court on April 5 reversed that order, saying those attempting to block the release failed to show they have a legally protectable interest to keep the information secret.

However, the names of businesses will remain secret under the previously issued injunction while the groups pursue their appeal in the Supreme Court, which they have promised to seek.