What does a reporter owe a news organization? 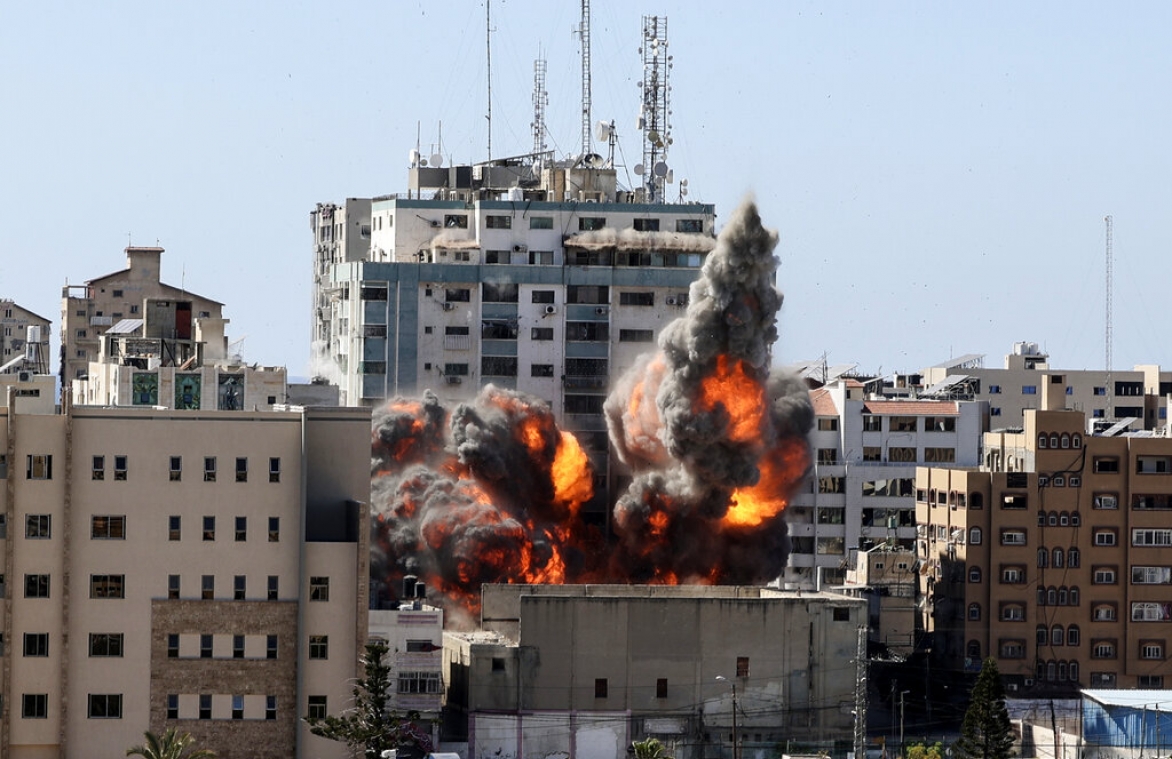 Smoke billows from a building housing various international media, including The Associated Press, after an Israeli airstrike on May 15, 2021, in Gaza City. The attack came roughly an hour after the Israeli military ordered people to evacuate the building, which also housed Al-Jazeera and a number of offices and apartments. (Mahmud Hams /Pool Photo via AP)

I have some sympathy for the Associated Press as it’s being pummeled for firing a young reporter over social media posts.

Not a lot of sympathy, mind you. The decision to fire Emily Wilder weeks into her new job for allegedly partisan tweets was ham-handed. A rookie reporter with great promise should be called into an office for a conversation and warning rather than a termination.

The outrage over the AP’s decision grew after the public learned that Wilder’s pro-Palestinian views as a Stanford student led to her being targeted by right-wing groups decrying her hiring by the AP. That in turn led to accusations that the world’s most prominent news organization had buckled to political pressure.

Frankly, the AP needs to issue a list of exactly what tweets violated its social media policy, which “prohibits employees from openly expressing their opinions on political matters and other public issues for fear that could damage the news organization's reputation for objectivity and jeopardize its many reporters around the world.” Otherwise the assumption is that Wilder is being punished for exercising her free-speech rights in college. On May 26, the AP acknowledged “mistakes of process, but not of outcome.”

But if the AP erred, so did Wilder. Tweeting is proactive, an intentional decision to share your views with the world in hopes of persuading others. Depending on your role as a professional, that may have consequences.

There are plenty of jobs where an errant tweet can get you fired. If you’re a Democratic fundraiser, your employer has a right to expect you not to tweet criticism of President Biden. If you’re a health professional, your boss can fire you for tweets saying COVID-19 was a hoax. And if you’re a law enforcement officer, your supervisor will be angered by a tweet that attacks the Black Lives Matter movement.

In each of these cases, a provocative statement by an employee can undercut the credibility of a department, create internal conflict and distract the organization from its mission.

So, too, does a tweet by an AP reporter about news coverage of the Middle East: "'objectivity' feels fickle when the basic terms we use to report news implicitly take a claim. using 'israel' but never 'palestine,' or 'war' but not 'siege and occupation' are political choices — yet media make those exact choices all the time without being flagged as biased."

Wilder is accusing the news media — and implicitly her employers — of a pro-Israel bias because of the words they choose in reporting the conflict. It can feel good to lay out your unvarnished opinion for others to applaud, but Wilder’s first duty is to her colleagues reporting today in every possible hot spot in the world. These professionals strive daily to report factually and fairly. If they’re perceived as favoring one side over another, their personal safety is at risk.

As a young reporter, I knew that I had an obligation not to inject myself into public matters. I didn’t question it. That was just the cost of being a news professional.

Later, when I was editor of USA TODAY and other newspapers, I had the same expectation of my reporters. No politics. No causes. And nothing that would impair your ability to reflect all sides. And if a reporter was unwilling to accept those limits, then he or she wasn’t going to be a good fit for our newsroom.

I’ve heard younger journalists say that true objectivity is impossible and that they have a right to free speech. I respect the view, but I also know the value of being able to talk freely to a source who has no reason to question your sincerity or motives. Informing the public on behalf of a respected news organization is a privilege that comes with responsibility.

The Associated Press has done noble and heroic work spanning decades, often at great risk to those doing the reporting. The AP is simply asking its journalists to focus on the news and stay off the soapbox. That’s the job.

Ken Paulson is the director of the Free Speech Center at Middle Tennessee State University, a former editor of USA TODAY and a member of the USA TODAY Board of Contributors.