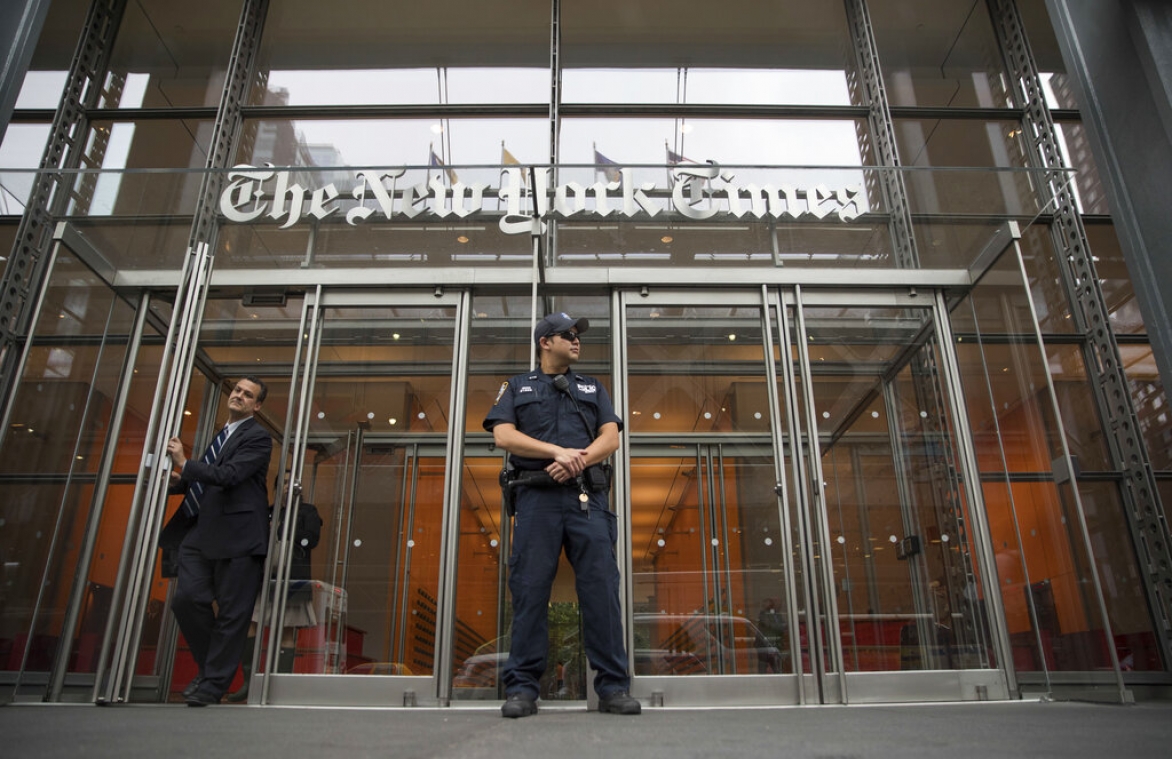 WASHINGTON (AP) — One of the Biden Justice Department's first big moves has been to alert reporters at three major news organizations that their phone records were seized as part of leak investigations under the Trump administration, with President Joe Biden saying he would abandon the practice of spying on journalists.

But while Biden's stated commitment that his Justice Department won't seize reporters' phone records has won support from press freedom groups, it remains unclear if that promise can be kept, especially because Democratic and Republican administrations alike have relied on the tactic in an effort to track down leaks of classified information. His comment last month about what law enforcement should or should not do was all the more striking given Biden's pledge to uphold the tradition of an independent Justice Department.

"In this case, it seems bad policy to institute an absolute ban on logical investigative actions geared to finding out who violated the law, particularly in instances where the journalists themselves whose records may be at issue are not the subject or target of criminal investigation," said David Laufman, a former Justice Department official who led the section that oversaw investigations into leaks.

The Justice Department in recent weeks disclosed that federal investigators had secretly obtained call records of journalists at The Washington Post, The New York Times and CNN in an effort to identify sources who had provided national security information published in the early months of the Trump administration.

Past administrations also have struggled to balance the news media's First Amendment newsgathering rights against government interests in safeguarding national security secrets. Inside the Justice Department, officials have on several occasions over the years revised internal guidelines to afford media organizations better protection without ever removing from their arsenal the prerogative to subpoena reporters' records.

Biden appears to be looking to change that. He told a reporter last month that seizing journalists' records was "simply, simply wrong" and that the practice would be halted under his watch. After the most recent revelation — that the Justice Department in the Trump administration had secretly seized the phone records of four New York Times reporters — White House press secretary Jen Psaki reaffirmed the commitment to freedom of the press.

But she also said discussions with the Justice Department were still underway and that no new policy was ready to be announced.

Michael Weinstein, a former Justice Department prosecutor and criminal defense lawyer in New Jersey, said he understood Biden's comments as making clear his disdain for the practice without necessarily precluding the possibility that it could ever be used under any circumstances.

"I don't see that he's directing any specific case or that he's directing that an investigation take one path or another," Weinstein said. "He's simply putting forth priorities and procedures, which then the Justice Department has to modify its protocols as a result.

The Justice Department says it has now concluded notifying the media organizations whose phone records were accessed. The latest revelation came June 2 when the Times said it had learned that investigators last year secretly obtained records for four reporters during a nearly four-month period in 2017.

The gap in time likely reflects that the Justice Department regards the seizure of phone records as a last resort when other avenues in a leak investigation have been exhausted. The department said the reporters are neither subjects nor targets of the investigation, but did not reveal which leak was under investigation.

The four reporters shared a byline on an April 2017 story that detailed the FBI's decision-making in the final stages of the Hillary Clinton email investigation. The story included classified information about a document obtained by Russian hackers that helped persuade then-FBI Director James Comey that he, not Attorney General Loretta Lynch, should be the one to announce that the investigation had concluded without criminal charges. His unusual July 2016 news conference, held at the FBI and without Lynch or other leaders, marked an extraordinary departure from protocol.

The Trump administration announced a crackdown on leaks in 2017 as part of an aggressive stance. In addition to the phone records seizures disclosed over the past month regarding the reporters, the department won guilty pleas from a former government contractor who mailed a classified report to a news organization and a former Senate committee aide who admitted lying to the FBI about his contacts with a reporter.

Psaki on June 3 said Trump administration officials had "abused their power" and that Biden was looking to turn the page. But the same intrusive tactics of the last four years were also employed during the Obama administration, which secretly seized phone records of Associated Press reporters and editors during a leak investigation in 2013 and also labeled a Fox News reporter a co-conspirator in a separate leak probe.

Amid blowback, former Attorney General Eric Holder announced guidelines for leak investigations that among other things required sign-off by the highest levels of the department for subpoenas of journalists' records.

But the department's ability to obtain those records under certain circumstances remained intact.