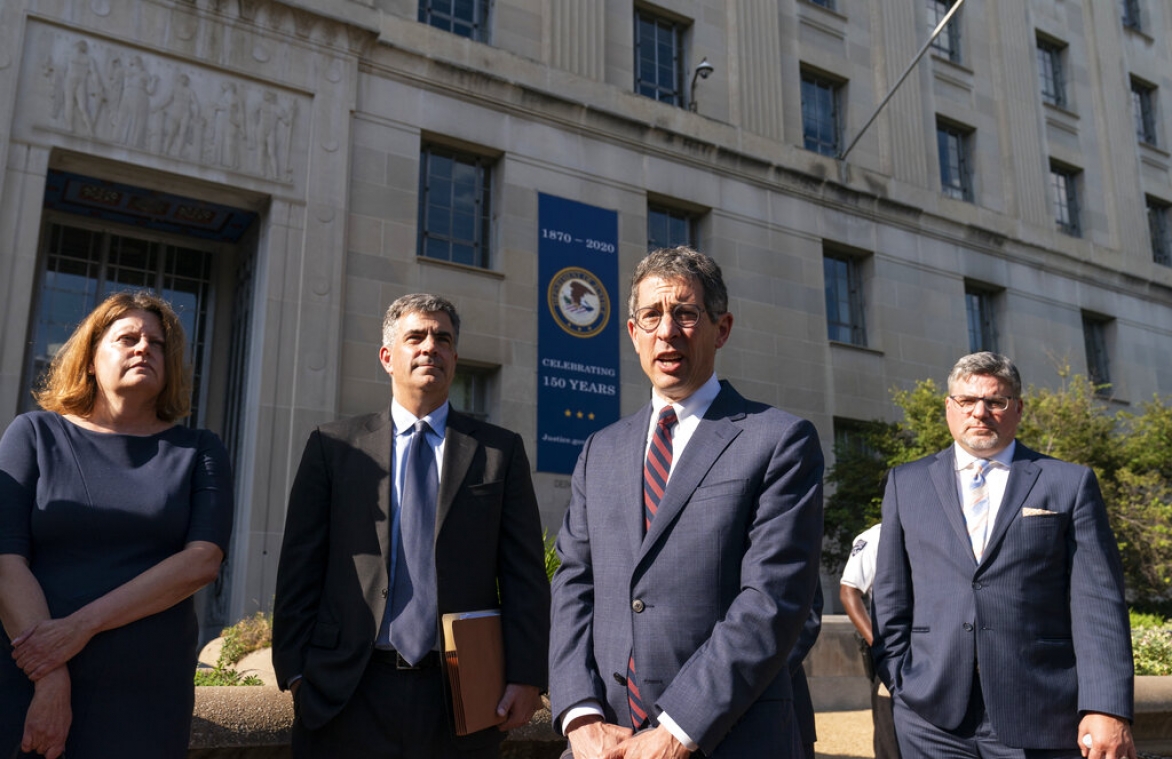 After the hour-long meeting in Washington, Bruce Brown, executive director of the Reporters Committee for Freedom of the Press, said the journalists explained how this represented an "existential crisis" for the organizations.

None of the news executives would answer questions, with Brown saying they had agreed the meeting was off the record. The meeting included the publishers of the Times and Post, A.G. Sulzberger and Fred Ryan, respectively, as well as Post executive editor Sally Buzbee and Sam Feist, CNN's Washington bureau chief.

The Justice Department said the group had a "productive conversation about the need for new rules" governing the ability of prosecutors to seek this material.

Records were sought for eight journalists at the news organizations, all of whom had worked on stories in 2017 involving investigations into alleged Russian interference in the 2016 presidential election. In the cases of CNN and the Times, a gag order temporarily put in place prevented lawyers at the news organizations from even telling their journalists what was happening.

News organizations are concerned that efforts to seek records that could reveal whom the journalists had used as sources would prevent such officials from revealing sensitive government information in the future.

The Justice Department announced earlier this month that it would no longer secretly obtain reporters' records during leak investigations, marking a drastic shift in policy shift that abandons a practice decried for years by news organizations and press-freedom groups. That announcement came after a pledge by President Joe Biden that he would not permit the Justice Department to continue the practice, which he called "simply, simply wrong."

"This is about the flow of information to the public," Brown said. "It is about keeping government accountable. And these news organizations can't effectively do their job in that way unless they can protect confidential sources, and that was made very, very clear by this group today in the meeting."

Prosecutors told the executives that reporters were never the target of the investigations, the department said. Officials said Garland had agreed with news executives that there was "a need for strong, durable rules."

Democratic and Republican administrations alike have used subpoenas and court orders to obtain journalists' records in efforts to identify sources who have revealed classified information. But the practice had received renewed scrutiny over the past few weeks as Justice Department officials alerted reporters at the three organizations that their phone records had been obtained in the final year of the Trump administration.

In a statement, the Times' Sulzberger said the news organizations sought a full accounting of what happened and asked the Justice Department to codify that it would no longer seize journalists' records during leak investigations.

"We were encouraged by Attorney General Garland's statements but we will continue to push until our concerns are addressed," he said.

Barbara Starr, a CNN reporter who covers defense issues, wrote in a column that she was "genuinely horrified" by what happened. "Secret Justice Department proceedings against the free press affect everyone in the country," she wrote. "That's what I hope Merrick Garland takes from this whole solemn affair."

CNN said the Justice Department had sought logs that revealed who had been conversing with Starr via email, although not necessarily what the emails said.

The Times said that the Trump administration in 2020 secretly seized phone records from early 2017 for the reporters Matt Apuzzo, Adam Goldman, Eric Lichtblau and Michael S. Schmidt. All had written about how former FBI director James Comey had handled investigations during the election.

The Justice Department had also sought to retrieve email logs from Google, which operates the Times' email system, but Google resisted, the newspaper reported.

The Post said federal prosecutors had also sought telephone records for its reporters Ellen Nakashima and Greg Miller, and former reporter Adam Entous, from between April and July 2017.