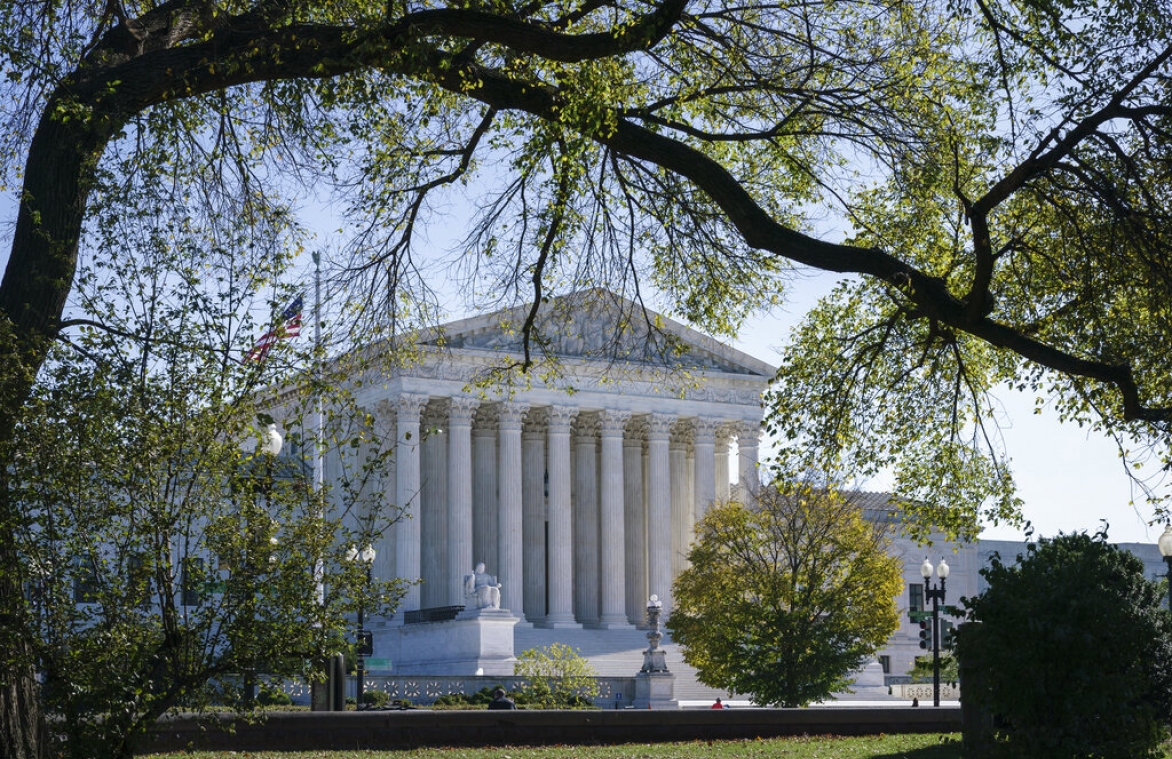 WASHINGTON (AP) — In another victory for religious groups at the Supreme Court, the justices June 17 unanimously sided with a Catholic foster-care agency that says its religious views prevent it from working with same-sex couples. The Court said the city of Philadelphia wrongly limited its relationship with the group as a result of the agency's policy.

The ruling was specific to the facts of the case, sidestepping bigger questions about how to balance religious freedom and anti-discrimination laws. Instead, the outcome turned on the language in the city's foster-care contract. Three conservative justices would have gone much further, and LGBTQ groups said they were relieved that the decision was limited.

Chief Justice John Roberts wrote for a majority of the Court that Catholic Social Services "seeks only an accommodation that will allow it to continue serving the children of Philadelphia in a manner consistent with its religious beliefs; it does not seek to impose those beliefs on anyone else."

Roberts concluded that Philadelphia's refusal to "contract with CSS for the provision of foster care services unless it agrees to certify same-sex couples as foster parents ... violates the First Amendment."

"For over 50 years, CSS successfully contracted with the City to provide foster care services while holding to these beliefs," said Roberts, one of seven members of the court who is Catholic or attended Catholic schools.

Because of its beliefs, the Catholic agency also does not certify unmarried couples.

In recent years, religious groups have been delighted by victories at the Supreme Court, often by wide margins. That includes cases in which the Court lifted a ban on state aid to religious schooling, gave religious schools greater leeway to hire and fire teachers, and allowed a cross to remain on public land. More recently, the Court has repeatedly sided with religious groups in fights over coronavirus restrictions.

In coming to the conclusion that Philadelphia had acted improperly, Roberts said the city gave Catholic Social Services a choice between "curtailing its mission or approving relationships inconsistent with its beliefs."

He also pointed to language in the city's standard foster-care contract. The contract says that agencies cannot reject prospective foster or adoptive parents on the basis of their sexual orientation "unless an exception is granted." Because the city created a process for granting exemptions, it cannot then deny Catholic Social Services an exemption, Roberts concluded.

The case's outcome was similar to a 2018 decision in which the Court sided with a Colorado baker who would not make a wedding cake for a same-sex couple. That decision, too, was limited to the specific facts of the case and dodged bigger issues of how to balance religious freedom and anti-discrimination laws. But the Court has grown more conservative since that ruling.

In "both cases the court reached narrow, very fact-specific decisions that leave non-discrimination laws and policies standing and fully enforceable by governments," said Leslie Cooper, deputy director of the American Civil Liberties Union LGBTQ & HIV Project, which was involved in the case on Philadelphia's side.

Three conservative justices who joined Roberts' opinion said they would have gone further. Justices Samuel Alito, Clarence Thomas and Neil Gorsuch said they would have overruled a 1990 Supreme Court decision that they said improperly allows limits on religious freedom.

Alito called the Court's ruling June 17 a "wisp of a decision." Gorsuch said it was an "(ir)resolution," predicting that the litigation would continue, with the city perhaps rewriting its contract.

In a statement, she said the court had "usurped the City's judgment that a nondiscrimination policy is in the best interests of the children in its care." But she said the city was also "gratified" that the justices did not "radically change existing constitutional law to adopt a standard that would force court-ordered religious exemptions from civic obligations in every arena."

A lawyer with the Becket Fund for Religious Liberty who argued the case on behalf of Catholic Social Services called it a "common-sense ruling in favor of religious social services."

"The Supreme Court recognized that CSS has been doing amazing work for many years and can continue that work in the city of Philadelphia," Lori Windham said.