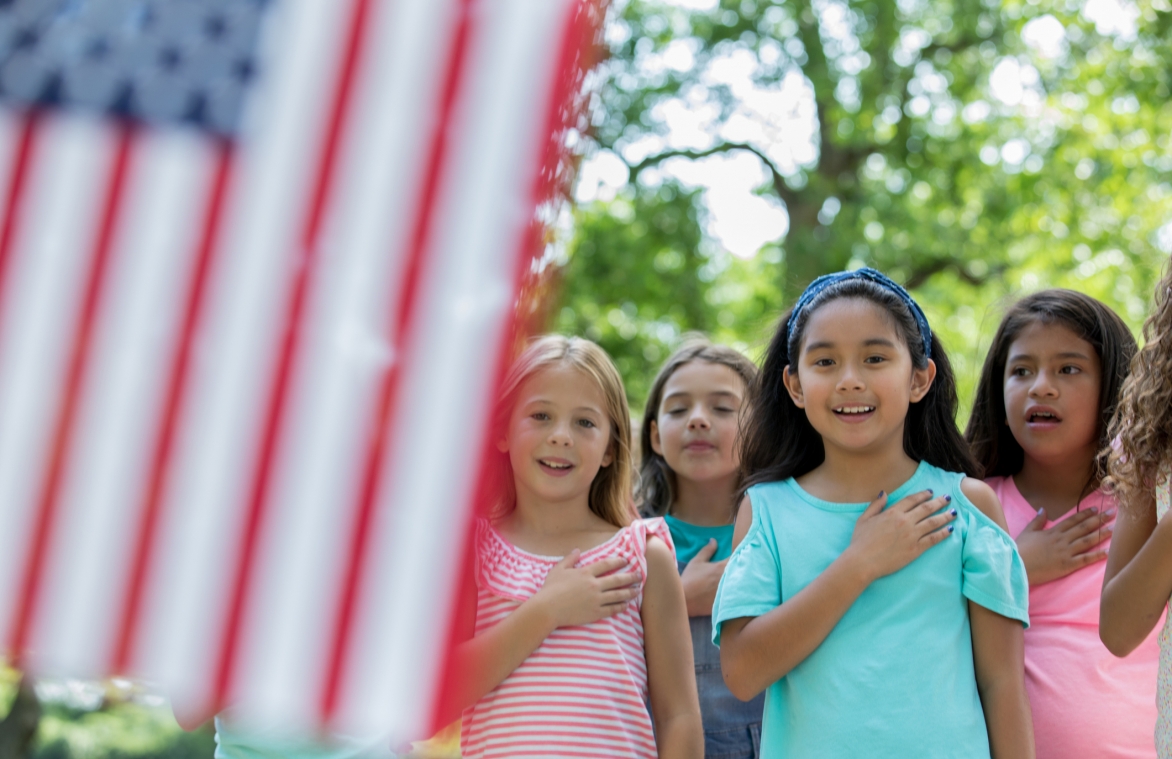 A Texas high school sociology teacher was denied qualified immunity because of his alleged treatment of one of his former students regarding a written assignment on the Pledge of Allegiance.

The 5th U.S. Circuit Court of Appeals reasoned that it was a clearly established legal principle that a teacher could not retaliate against a student for refusing to recite the pledge.

Mari Leigh Oliver, a former student at Klein Oak High School, sued her former sociology teacher, Benjie Arnold, alleging that he violated her First Amendment rights by retaliating against her for her refusal to stand, salute the flag, and recite the Pledge of Allegiance.

Oliver refused to salute the flag because she felt that the pledge’s words “under God” did not represent all religions and because there is not “freedom and justice for all” for her and other African-Americans.

Oliver had a history of conflict with school officials over her refusal to recite the pledge, a requirement under Texas law. However, Texas law also provides that students may opt out of reciting the pledge with a written request from a parent or guardian. Oliver’s mother sent e-mails warning school officials not to violate her daughter’s constitutional right not to salute the flag.

But Oliver ran into trouble in Arnold’s sociology class. In August 2017, the Klein Oak principal held a meeting with Oliver’s teachers and told them Oliver was not required to salute the flag. A month later, Arnold gave an assignment requiring students to transcribe the words of the Pledge of Allegiance. Arnold said he gave the assignment to all students and did not single out Oliver.

Oliver refused to complete the assignment, drawing a squiggly line instead of writing the words of the pledge. Arnold gave her a zero for the assignment.

Arnold then went into a diatribe in class about lack of patriotism, as well as about communism, supporters of Sharia law, foreigners who do not assimilate into American culture, and sex offenders.

Oliver sued, alleging that Arnold had retaliated against her for refusing to recite the pledge and complete the pledge assignment. Arnold contended that he did not discriminate against Oliver or treat her differently. He filed a motion to dismiss based on qualified immunity, but a district court rejected that motion in March 2020.

On appeal, a divided three-judge panel of the 5th Circuit also denied Arnold qualified immunity in a 2-1 vote in Oliver v. Arnold. The majority reasoned that it was clearly established law from the U.S. Supreme Court decision in West Virginia Board of Education v. Barnette (1943) that public school officials cannot force students to recite the Pledge of Allegiance. The majority quoted the following passage from Barnette:

“If there is any fixed star in our constitutional constellation, it is that no official, high or petty, can prescribe what shall be orthodox in politics, nationalism, religion, or other matters of opinion or force citizens by word or act their faith therein.” (Emphasis added)

The majority noted that “[i]t is immaterial that … the required pledge was a written oath rather than an oral one and the consequence for non-compliance was an academic penalty rather than an overtly disciplinary act.”

Judge Stuart Kyle Duncan dissented. He characterized Arnold’s teaching methods as “unorthodox” but noted that no case holds that it violates the First Amendment. “We live in an easily offended age,” Duncan wrote. “Even Dr. Seuss is controversial.”

He asked whether an offended student could refuse to cite the words of Dr. Martin Luther King Jr.’s famous “I Have a Dream” speech because the student does not agree with the “aspiration of colorblindness.”