Lawsuits over bans on teaching critical race theory are coming – here's what won't work, and what might

Perspective
July 26, 2021 by The Associated Press 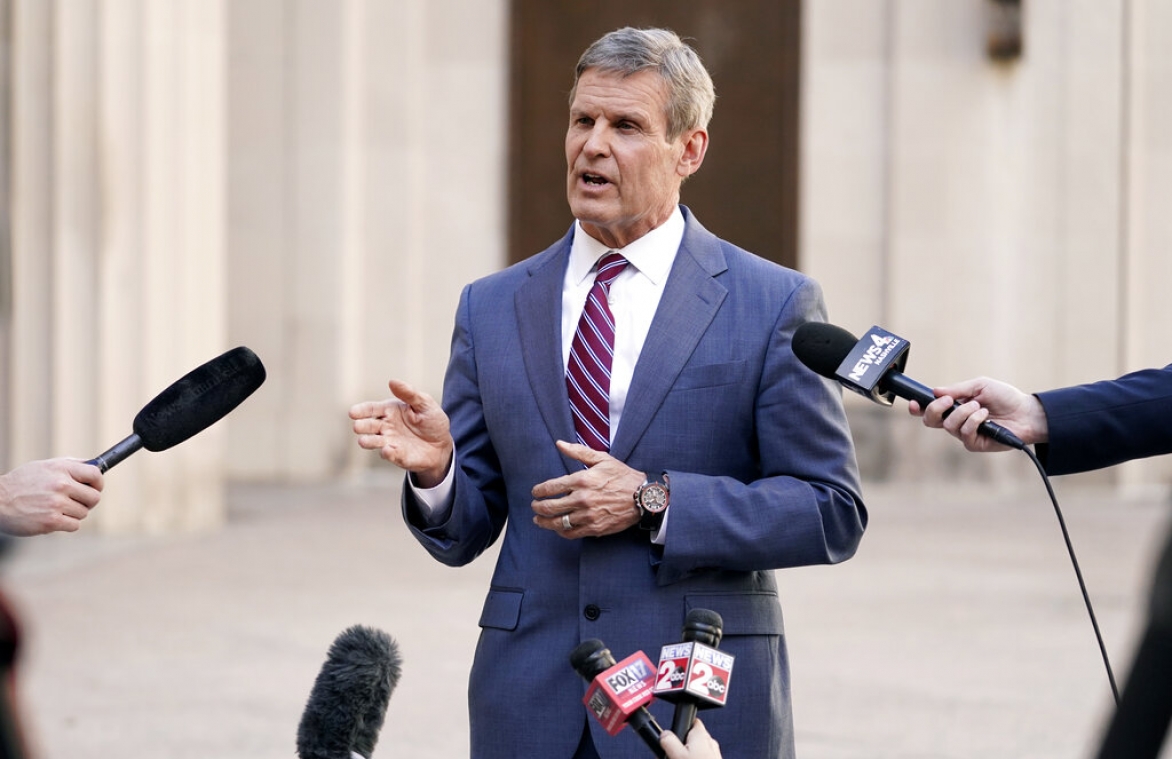 In this Jan. 19, 2021, file photo, Tennessee Gov. Bill Lee answers questions after he spoke to a joint session of the Legislature at the start of a special session on education, in Nashville, Tenn. Lee on May 5 echoed arguments in favor of a bill that would restrict what concepts on institutional racism can be taught in school, saying students should learn “the exceptionalism of our nation," not things that “inherently divide” people. (AP Photo/Mark Humphrey, file)

By Frank LoMonte, University of Florida

(Presented by The Conversation, an independent and nonprofit source of news, analysis and commentary from academic experts.)

As states and school districts started threatening teachers with disciplinary action for teaching about systemic racism, the question naturally arose: Does this violate the teachers' First Amendment rights?

But from years of teaching and researching First Amendment case law, I know that this is where things get complicated.

Whether K-12 educators have any legally protected right to choose how and what to teach is sure to be tested soon, now that the furor over teaching kids about race and racism has reached a boiling point in communities across the country.

When workers sign in, rights — mostly — sign out
In recent months, right-wing media has fixated on "critical race theory" — a field of inquiry about the impact of racism baked into criminal justice and other powerful institutions that is taught almost solely at the law school level. The phrase has been distorted into an "anti-white" conspiracy by the forces of "wokeness" to brainwash schoolchildren.

Surfing this wave of media-created rage, seven states have banned mentioning specified race-related topics in the classroom. Some 20 other states are considering it.

Arizona's newly enacted ban, signed into law on July 9, is typical of those popping up around the country. It imposes penalties, from suspension of a state teaching license up to permanent revocation, for anyone caught teaching certain taboo concepts.

The banned list includes teaching that anyone should "feel discomfort, guilt, anguish, or any other form of psychological distress" on account of race or ethnicity, or that "meritocracy" or "a hard work ethic" are concepts created to oppress people of particular races or ethnicities.

Normally, once a state sets the rules for acceptable on-the-job speech, public employees have no choice but to comply. That's a product of the U.S. Supreme Court's 2006 Garcetti v. Ceballos ruling, in which the justices said government employees can't rely on the First Amendment if they're punished for on-duty speech that is part of an official work assignment.

Teaching is an official work assignment. So the First Amendment seems unlikely to rescue a teacher fired for teaching a forbidden subject.

More rights in higher education
At the college level, federal judges have given professors a bit of extra legal protection to teach and write without fear of retaliation. The Garcetti rule does not apply with full strength on college campuses, federal courts say, because the principle of "academic freedom" allows professors to explore edgy topics that push the boundaries of students' comfort zones.

The likely explanation for why judges have hesitated to extend that same level of autonomy to K-12 teachers is that curriculum decisions are more standardized in public schools than in college.

A professor at one state university is free to teach history differently from a professor at a sister university in the same state. But K-12 curriculum has long been dictated by state and local school boards, so that American history is supposed to look more or less the same from one classroom to another.

Judges are reluctant to substitute their judgment for the — presumed — expertise of those school board members.

The right to receive information
Still, it's possible to win a constitutional challenge to a curricular decision — if you are a student. A decade ago, students in Arizona devised a roadmap for successfully challenging racially motivated restraints on what schools can teach.

A Tucson school administrator, 10 teachers and two students sued to challenge the forced cancellation of Mexican-American studies. But a federal judge decided that only the students, not the school employees, had a viable claim. It wasn't clear that teachers or administrators had a constitutional right to offer particular courses. But it was clear that students had a right to receive information, which couldn't be taken away for a discriminatory reason.

"Students," Judge A. Wallace Tashima wrote, "have a First Amendment right to receive information and ideas … a right that applies in the context of school curriculum design."

After multiple trials and appeals, a federal judge ruled in 2017 that the ban indeed violated the students' rights, because it lacked any legitimate educational basis.

Will the Constitution fail teachers?
Are teachers entirely out of luck if they're fired for what they teach? Not necessarily. Their speech might end up being constitutionally protected — just not by the First Amendment.

The 14th Amendment curbs the authority of state and local governments to take away any benefit or privilege, including a job at a public school, for an arbitrary reason.

Legally, this is known as a "due process" claim, and here's how it works.

Let's say you are driving down the highway, sipping from a Starbucks cup. A state trooper pulls you over and issues you a ticket for violating the state law that requires hands-free cellphone calls. When you protest that a coffee cup isn't a cellphone, the trooper responds, "Well, you should've known that drinking coffee is just as bad as talking on the phone."

That's a due-process problem. Nothing in the cellphone law put you on notice not to drink coffee.

Due process, I believe, not the First Amendment, will be the strongest argument for teachers who are intimidated by vaguely worded restrictions on what they can teach.

Does that make it a firing offense to assign Richard Wright's classic novel Native Son, which deals bluntly with themes of hopelessness among young black men confronting societal limits on their opportunities?

If the answer to that question is "nobody knows," that's a constitutional red flag.

Regardless of who sues and when, the federal courts eventually will have the last word on how heavily state policymakers can dictate what teachers teach.