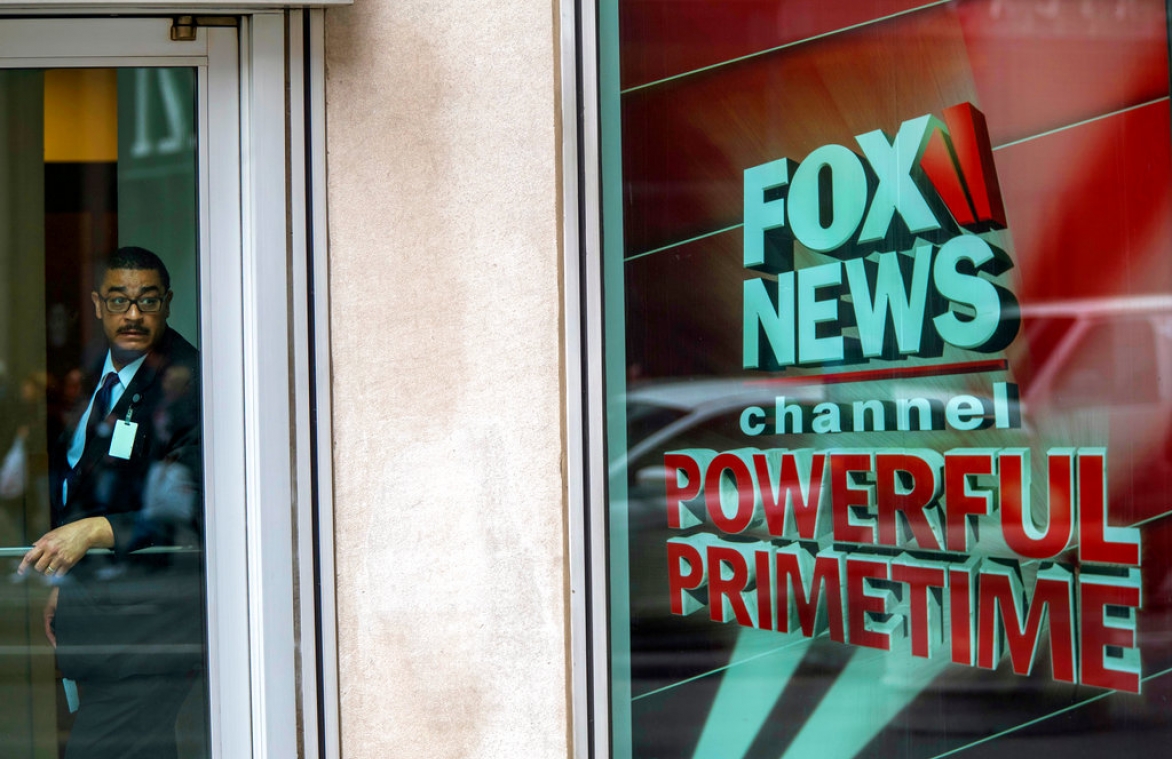 In this April 19, 2017, file photo, a security guard looks out of the the News Corp. headquarters in Midtown Manhattan. AP Photo/Mary Altaffer

The First Amendment precludes a lawsuit against Fox News for various statements made by Fox hosts and television personalities about the COVID-19 pandemic, a Washington state appeals court has ruled.

On April 2, 2020, the Washington League for Increased Transparency and Ethics (WASHLITE) sued Fox News, alleging that false statements by Fox personalities on-air about the pandemic violated Washington’s Consumer Protection Act. The lawsuit sought a court injunction prohibiting Fox News from making further false statements about the pandemic, to retract prior statements, and to pay damages to unnamed “John Doe” consumers.

In June 2020, a Washington state trial-court judge dismissed the lawsuit. The judge said the lawsuit infringed on the First Amendment right of a news organization to editorial discretion.

WASHLITE appealed the decision, arguing that Fox News has no First Amendment rights independent of third-party cable providers and that false statements about a global pandemic are not protected speech.

First, the court reasoned that “[t]he fact that a cable operator may curtail the speech of Fox on its own channels does not mean that the State, through judicial action, may do the same.”

Next, the court rejected the argument that false statements about COVID-19 are not protected speech, because the speech at issue was speech on a matter of public concern or importance, writing: “the challenged statements, concerning a global pandemic affecting the entire country and made in the context of cable news programs watched by millions of viewers, clearly implicates matters of public concern and receives special First Amendment protections no matter how outrageous.”

The appeals court concluded: “We affirm the trial court’s conclusion that, however laudable WASHLITE’s intent, its … claim is barred by the First Amendment.”