News
September 30, 2021 by The Associated Press 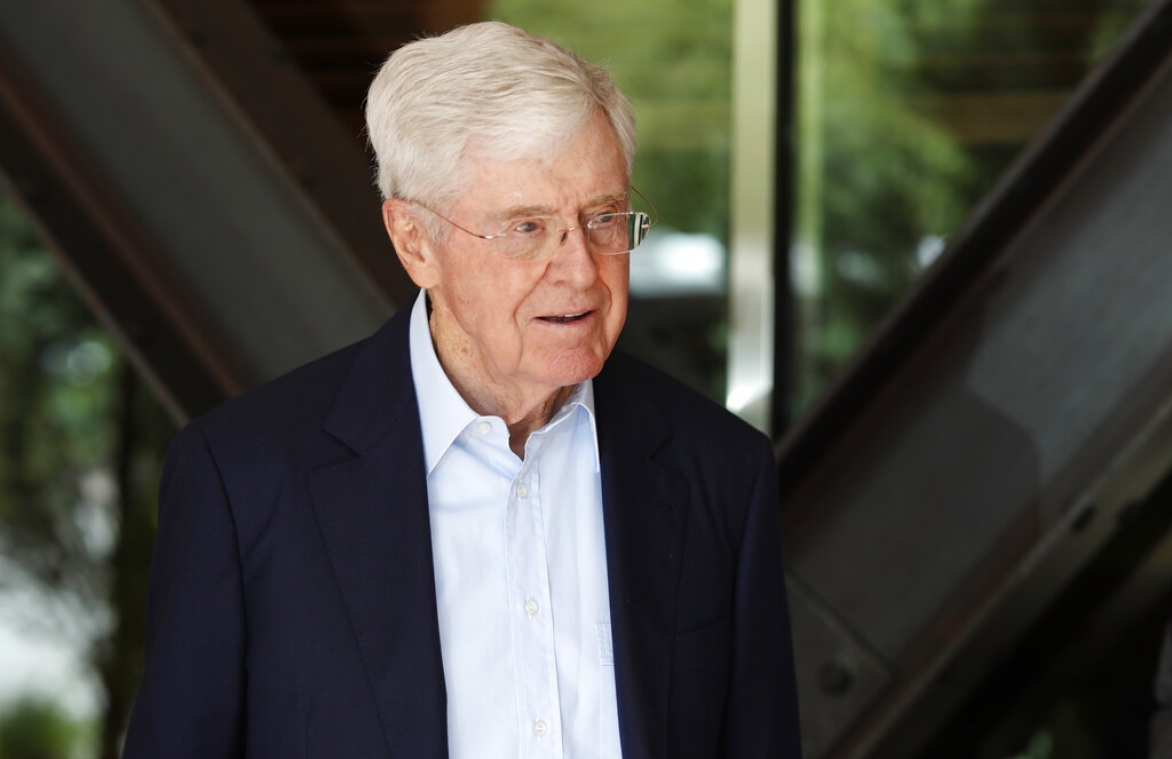 Leaders in the network built by the billionaire Koch family say they oppose government bans on teaching about race and history in schools. While they note they don't agree with the ideas at the center of the dispute, they argue the government bans, now enacted in 11 states, stifle debate essential to democracy.

"Using government to ban ideas, even those we disagree with, is also counter to core American principles — the principles that help drive social progress," said Evan Feinberg, executive director of the Koch-affiliated Stand Together Foundation.

That position is in line with the network's long-held libertarian streak. But it has sparked fresh charges of hypocrisy from the megadonor's critics. After spending years pouring money into conservative groups, the Koch group cannot distance itself from the movement it helped build, they argue.

"They have this nice position they want to tout from a P.R. standpoint. But their money has gone to these groups that have the opposite effect on that agenda," said Lisa Graves, board president for the liberal watchdog group Center for Media and Democracy.

The Koch organization first went public with its position last spring, as state lawmakers and conservative groups began passing legislation that bans from classrooms specific concepts, including the idea that racism is systemic in society and the U.S. legal system.

The efforts were prompted in part by backlash to "The 1619 Project," a New York Times Magazine initiative aimed at a rethinking of the role of slavery in the nation's history and development.

In a letter published in The Chronicle of Higher Education in May, Charlie Ruger, the Charles Koch Foundation's vice president of philanthropy, described Republicans' push to ban these concepts from schools as a gag on free expression.

"Both learning and research require openness to new ideas and the ability to argue productively," Ruger wrote. "That requires standing against censorship."

The Koch political behemoth — a multibillion-dollar umbrella of foundations and a political-action committee — was built by brothers Charles and David Koch out of the family's Kansas-based business empire during the 1980s and 1990s. (David Koch died in 2018.) The network has continued to pour hundreds of millions of dollars into organizations and politics that push for small government, lower taxes, deregulation, free speech, academic freedom and a conservative judiciary.

The organization's opposition to the race and education bans has not kept the groups it has long supported out of the fight. In Wisconsin, parents seeking to recall school board members have received help this year from the Koch-supported Wisconsin Institute for Liberty and Law.

The Milwaukee law firm received $310,000 from the Charles Koch Foundation for five years through 2019, the last year with public records available and before critical race theory flared as a GOP rallying point. The money was in the form of grants that were aimed at protecting free speech on college campuses, a Koch spokesman said.

The foundation and the Charles Koch Institute also contributed over the same period about $75,000 to State Policy Network, a conservative think tank that has promoted the bans. However, the grants, also before the 2021 wave of legislation, helped sponsor an annual meeting, an internship and a panel discussion on business, the Koch spokesman said.

Among the most prominent drivers behind the legislative bans was another Koch-backed group, the American Legislative Exchange Council. The Chicago-based conservative policymaking group provides model legislation for conservative lawmakers and has promoted measures to ban critical race theory in schools this year.

Stand Together and its related groups contributed $2.7 million to ALEC between 2015 and 2019. None of it was targeted at limiting schools' curriculum on history and race, and the money was awarded before the issue became a Republican priority, Stand Together spokesman Bill Riggs said.

In 2020, ALEC continued to receive money from two Koch foundations, donations that were earmarked for trade, regulatory and fiscal policy, as well as advocating free speech and providing scholarships, Riggs said.

Riggs did not disclose the 2020 total given. Only contributions through 2019 are searchable through publicly available tax documents. Contributions for 2020 won't be available to the public until mid-November.

Riggs accused Koch critics of a "misinformation game" that suggests the network is secretly supporting a policy it opposes. He noted Koch groups give to a broad spectrum of organizations that align with some of its founders' values, if not all of their views.

The Charles Koch Foundation contributed to the Democratic-leaning Brookings Institution in 2018 and 2019 on issues related to foreign policy, Riggs said. Last year, the Koch network helped create Heal America, a faith-based program aimed at fighting "racial injustice with love and redemption," according to its website. Dallas Mavericks owner Mark Cuban and television commentator Van Jones, a Democrat, have both participated in events.

The Koch-backed political action committee Americans for Prosperity Action spent at least $9.7 million backing North Carolina Republican Thom Tillis in his tough campaign for reelection to the Senate last year, according to Federal Election Commission reports. Tillis was prominent sponsor of a measure this year to prohibit using of federal money to teach "The 1619 Project" in elementary, middle and high school. The bill has not advanced in the Democratic-controlled Senate.

Endorsements by Americans for Prosperity Action are based on several factors including voting records, statements, and how they lead on key issues, "as well as how they distinguish themselves as leaders capable of bringing people together to drive solutions," Riggs said. "But there is no single litmus test issue. We recognize no one is going to agree on everything."