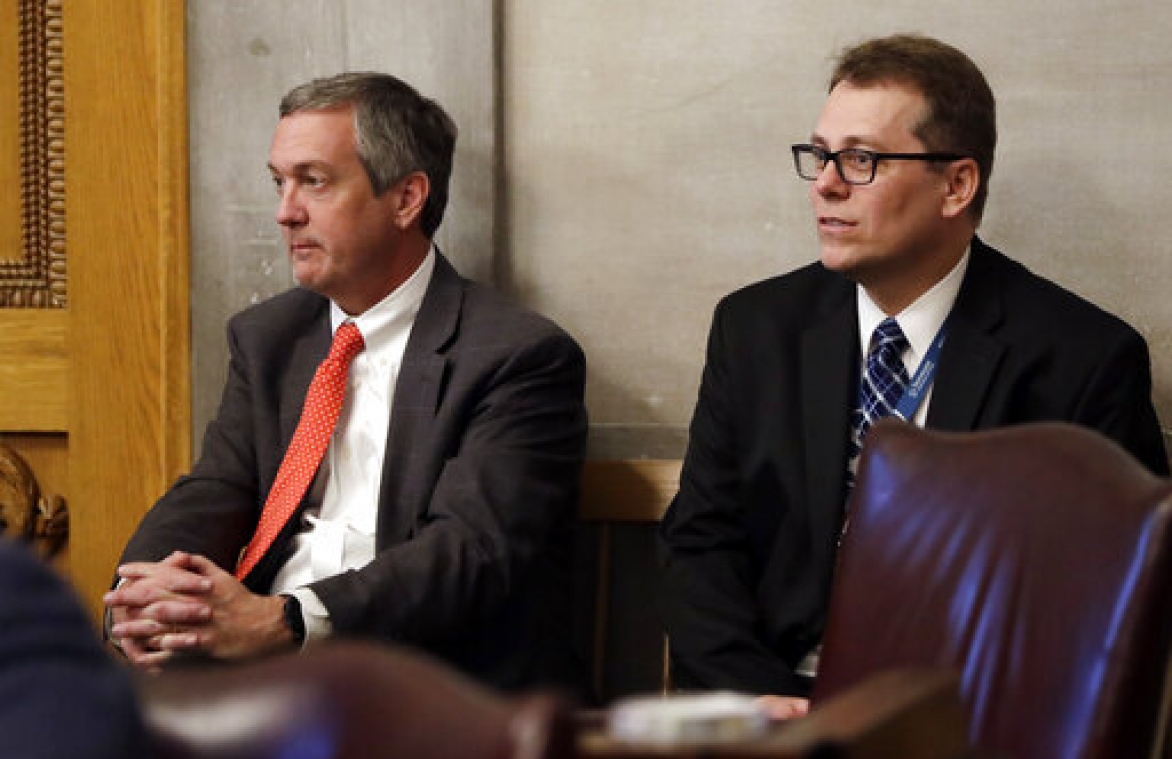 Two separate lawsuits have now been filed against the state of Tennessee, alleging a new law that imposes criminal and civil penalties against organizations who conduct voter-registration drives is unconsitutional.

"The complaint charges the new law violates freedom of speech, freedom of association, due process, and the fundamental right to vote under the First and Fourteenth Amendments. Along with the lawsuit, the groups filed a notice letter to the state citing violations of the National Voter Registration Act," according to an explanation of the suit on the ACLU-Tennessee's webpage.

Earlier, another group of organizations who conduct voter-registration drives in Tennessee filed a lawsuit against the state, alleging that a new law that imposes criminal and civil penalties is unconstitutional.

The groups allege in their lawsuit, NAACP v. Tre Hargett, that the new law, signed by Gov. Bill Lee yesterday, "places onerous, unnecessary, burdensome, and unconstitutional obstacles upon on people who want to help others register to vote, subjects such people to harsh civil and criminal penalties based on vague and overbroad terms and standards, all of which violate the due process clause of the Fourteenth Amendment and have a chilling effect on the exercise of fundamental First Amendment rights."

The plaintiffs include the Tennessee State Conference of the NAACP, Democracy Nashville-Democratic Communities, The Equity Alliance, and The Andrew Goodman Foundation, a nonprofit organization promoting civic engagement of young people that was founded by the mother of Andrew Goodman, who was one of three young men killed in 1964 in Mississippi where they had traveled to help a voter registration drive.

From the Associated Press story:

NASHVILLE, Tenn. (AP) — Tennessee’s governor signed GOP-backed legislation Thursday that would likely make his state the first to fine voter registration groups for turning in too many incomplete signup forms, prompting a federal lawsuit and protests by critics who said it would suppress efforts to register minorities and other voters.

Tennessee’s NAACP chapter and other groups immediately sued the state after Gov. Bill Lee signed the bill into law, which was backed by Republican Secretary of State Tre Hargett and is to take effect in October. Among other steps, the measure would allow criminal penalties for submitting registration forms too late and for shirking other new regulations.

The Lawyers’ Committee for Civil Rights Under Law, a nonprofit, helped file the lawsuit, which alleges that the law would “violate the due process clause of the Fourteenth Amendment and have a chilling effect on the exercise of fundamental First Amendment rights.” The group called the law “one of the most restrictive voter suppression measures that we have seen this year.”

The bill won passage in a legislature with a GOP supermajority despite vocal protests from Democrats and voting rights groups. Critics argued that threats of civil penalties and misdemeanors could discourage people from helping others become civically engaged in a state that ranks dismally low in voter participation.

Hargett, the secretary of state, had noted that many of the 10,000 registrations submitted in and around Memphis last year by the Tennessee Black Voter Project on the last day for registering were filled out incorrectly. Critics have questioned whether the bill has anything to do with the fact that it signed up about 86,000 people to vote in last year’s election.

“We will use every tool in our arsenal to fight a law that would undermine the work of voter registration organizations and advocates across the state,” said Kristen Clarke, president and executive director of the Lawyers’ Committee for Civil Rights Under Law. “Tennessee has one of the lowest voter registration rates of any state in the country — lawmakers should be working to address this and instead have chosen to exacerbate the crisis.”

She has said the bill would have a harmful effect on organizations that reach out to those not-yet registered and marginalized communities that historically benefit from third-party voter protection efforts. And she added it would impose “burdensome preregistration requirements” and allow “draconian criminal and civil penalties.”

On Monday, House lawmakers, with most Democrats objecting, approved last changes to the legislation adopted last week by their Senate counterparts and sent it to the governor’s desk.

But Tennessee could be first with civil penalties for submitting incomplete forms, state Elections Coordinator Mark Goins has said.

The measure, which applies to paid registration groups, creates class A misdemeanors if groups knowingly or intentionally pay workers based on quotas; if they enroll 100 or more voters and don’t complete state training; or if they enroll 100-plus voters and fail to ship completed forms by the deadline or within 10 days of registration drives. A class A misdemeanor is punishable by up to almost a year in jail and up to $2,500 in fines.

The state could also fine groups that submit 100 or more incomplete voter registration forms in a year that lack a name, address, date of birth, declaration of eligibility or signature. Penalties can reach $10,000 per county where violations occur if more than 500 incomplete forms are submitted. The bill also outlaws out-of-state poll watchers.

Goins has said many of the registrations submitted in Memphis area-Shelby County by the Tennessee Black Voter Project included incorrect, incomplete or duplicate information; or contained the names of ineligible felons and deceased residents. The situation devolved into a testy lawsuit in the weeks before Election Day last year and consumed so much attention that it put at risk legally eligible voters who were trying to register.

The secretary of state’s office declined to comment on the lawsuit filed in U.S. District Court in Nashville. But Republican House Speaker Glen Casada did not shy from weighing in.

“They’ll lose,” he predicted of the voter registration groups that sued.

Lee also defended his signing of the bill Thursday.

“This bill was presented because of actual circumstances that were meant to confuse the integrity, or to create a lack of integrity in the voting process,” Lee said. “I think we want to provide for fair, for genuine, for elections with integrity, and that’s why I signed the bill.”