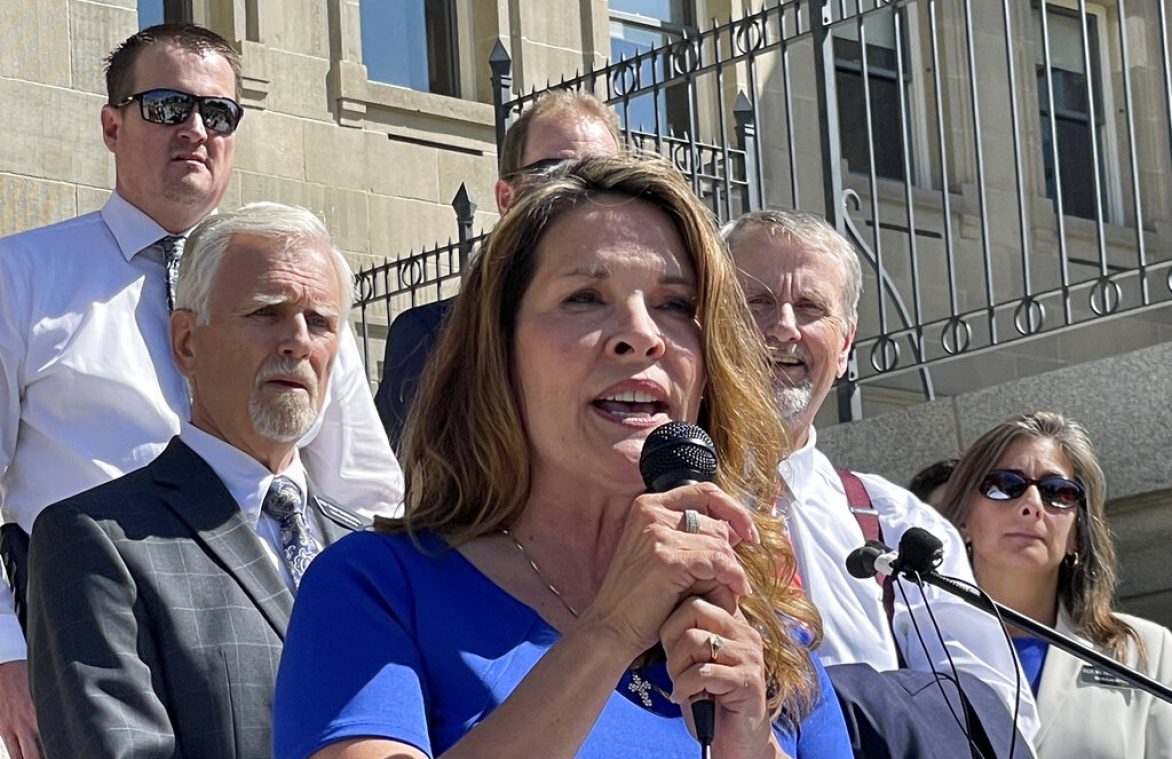 BOISE, Idaho (AP) — The Idaho Press Club has dropped its request that a judge hold Lt. Gov. Janice McGeachin in contempt of court for refusing to turn over public records related to her education task force.

Attorneys for the state press association and the lieutenant governor's office filed the agreement to drop the contempt request on Oct. 8, according to court documents. McGeachin and her chief of staff, Jordan Watters, have repeatedly ignored requests for comment from The Associated Press.

"Since the lieutenant governor has released the public records unredacted as requested, it was no longer necessary to ask the court to hold her in contempt of court, so we have withdrawn our request," said Scott McIntosh, the chairman of the First Amendment Committee of the Idaho Press Club and the opinion editor for the Idaho Statesman.

The Idaho Press Club sued McGeachin in July after several journalists said she wrongly denied public-records requests for materials relating to her new Education Task Force. The task force was tasked with investigating alleged "indoctrination" in the state's public school system, something McGeachin said was necessary to "protect our young people from the scourge of critical race theory, socialism, communism and Marxism." The journalists — Audrey Dutton and Clark Corbin with the Idaho Capital Sun, Blake Jones with Idaho Education News and Hayat Norimine with the Idaho Statesman — requested public-feedback forms and other documents associated with the task force.

The lieutenant governor lost the lawsuit, and 4th District Judge Steven Hippler ordered her to release the documents.

But McGeachin didn't immediately release the materials, and a few weeks after Hippler's ruling she formally asked the judge to reconsider the matter. She failed to comply with the judge's order directing her to file additional legal documents supporting her request for reconsideration, according to court documents.

At the end of September, with journalists still awaiting the documents, the Idaho Press Club asked the judge to hold McGeachin in contempt of court and order her to be detained in jail until she turned over the public records. The following day Hippler formally denied McGeachin's request for reconsideration and the lieutenant governor's office released the records a short time later.

The judge also set an Oct. 13 hearing on the motion to hold McGeachin in contempt. The hearing was still scheduled as of Oct. 11, according to court records, but the state courts were closed because of the Columbus Day holiday.

The judge still must agree to the stipulation to drop the contempt motion for it to go into effect.

The public records included thousands of comments McGeachin received after soliciting feedback for her task force beginning in April, the Idaho Statesman reported last week. Some of the comments were in support of McGeachin's efforts to examine the alleged indoctrination, but far more were opposed to the task force. People who identified themselves as teachers, students, parents and concerned citizens said the allegations of indoctrination were baseless and unfounded, with some calling the task force a "witch hunt."

Earlier this month McGeachin requested an additional $50,000 in taxpayer money to cover what she called "unforeseen legal bills" related to the lawsuit.