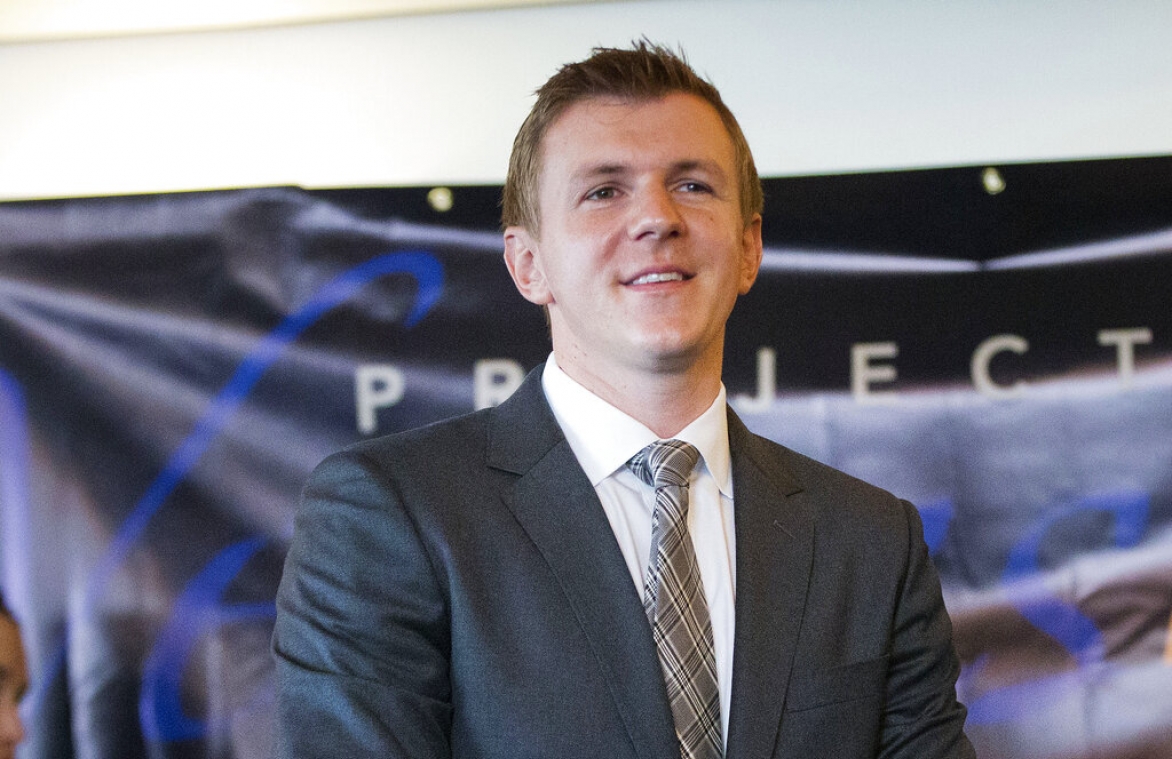 In this Sept. 1, 2015, file photo, James O'Keefe, president of Project Veritas Action, waits to be introduced during a news conference at the National Press Club in Washington. AP Photo/Pablo Martinez Monsivais

NEW YORK (AP) — Federal prosecutors confirmed Nov. 19 in a court filing that FBI agents seized phones and electronic devices from people connected with the conservative group Project Veritas as part of an investigation into interstate transportation of stolen property.

Project Veritas founder James O'Keefe said previously that agents had searched his home, and the homes of two others, in connection with a criminal probe into how the group received a diary that purportedly belonged to President Joe Biden's youngest daughter.

The activist group, best known for conducting hidden-camera stings that have embarrassed news outlets, Planned Parenthood, labor organizations and Democratic politicians, has protested the raids as a violation of free-speech rights and protections given to journalists.

It had asked a judge to appoint a monitor, called a special master, to review the seized material and ensure that prosecutors didn't get to see files related to confidential communications Project Veritas staff had with their lawyers.

Federal prosecutors in New York urged a judge to reject that request in a court filing Nov. 19. In the filing, they blacked out key details about the case but questioned whether Project Veritas qualified as an independent journalism organization, and said even if it were one, it didn't matter.

"There is no First Amendment protection for the theft and interstate transport of stolen property," prosecutors wrote. They didn't specify in the visible parts of the filing what was stolen, or from whom, or say whether investigators believed that Project Veritas staff was directly involved in thefts.

In a video released this month, O'Keefe said his group never "engaged in any illegal conduct." He said there was "no doubt Project Veritas acted appropriately at each and every step."

In the video, he said his group was contacted late last year by "tipsters" who had claimed to have a copy of Ashley Biden's diary. The tipsters said the diary had been "abandoned in a room."

O'Keefe said that, ultimately, Project Veritas did not publish information from the diary because it could not confirm it belonged to Ashley Biden. He said the diary had been turned over to a law enforcement agency.

Some First Amendment groups had raised concerns about the FBI raids as a potential violation of laws restricting when law enforcement officials can seize materials from journalists. The Justice Department under Biden has said it won't use subpoenas to obtain records from news organizations in most circumstances, though there's an exception for when journalists themselves are suspected of breaking the law.

In their filing, federal prosecutors wrote that "there is considerable doubt whether the practices of Project Veritas or its employees generally could be entitled to the protection of a qualified journalistic privilege."

"Project Veritas is not engaged in journalism within any traditional or accepted definition of that word. Its 'reporting' consists almost entirely of publicizing non-consensual, surreptitious recordings made though unlawful, unethical, and/or dishonest means."

O'Keefe has defended the organization's methods as being part of a long tradition of journalists using hidden cameras or subterfuge to uncover wrongdoing.