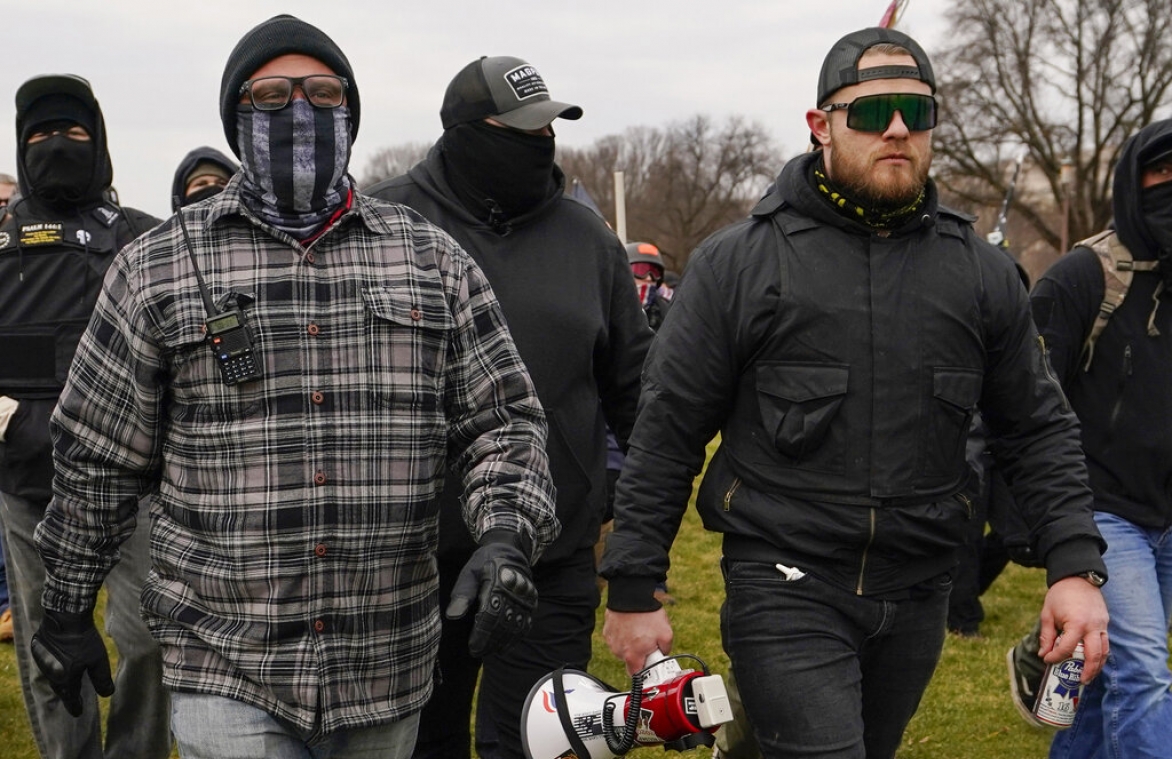 Kelly said the defendants had many nonviolent ways to express their opinions about the 2020 presidential election.

“Defendants are not, as they argue, charged with anything like burning flags, wearing black armbands, or participating in mere sit-ins or protests," Kelly wrote in his 43-page ruling. “Moreover, even if the charged conduct had some expressive aspect, it lost whatever First Amendment protection it may have had."

Nordean, Biggs, Rehl and Donohoe were indicted in March on charges including conspiracy and obstructing an official proceeding. All four of them remain jailed while they await a trial scheduled for May.

Defense lawyers also argued that the obstruction charge doesn't apply to their clients' cases because Congress’ certification of the Electoral College vote was not an “official proceeding." Kelly disagreed.

Earlier this month, another judge in the District of Columbia's federal court upheld prosecutors’ use of the same obstruction charge in a separate case against two riot defendants.

The case against Nordean, Biggs, Rehl and Donohoe is a focus of the Justice Department's sprawling investigation of the Jan. 6 insurrection. More than three dozen people charged in the Capitol siege have been identified by federal authorities as Proud Boys leaders, members or associates, including at least 16 defendants charged with conspiracy.

Last Wednesday, a New York man pleaded guilty to storming the U.S. Capitol with fellow Proud Boys members. Matthew Greene is the first Proud Boys member to publicly plead guilty to conspiring with other members to stop Congress from certifying the Electoral College vote. He agreed to cooperate with authorities.

Other extremist group members have been charged with conspiring to carry out coordinated attacks on the Capitol, including more than 20 people linked to the antigovernment Oath Keepers.

Lawyers for the four men declined to comment on Tuesday's ruling.

On the morning of Jan. 6, Proud Boys members met at the Washington Monument and marched to the Capitol before President Donald Trump finished addressing thousands of supporters near the White House.

Just before Congress convened a joint session to certify the election results, a group of Proud Boys followed a crowd of people who breached barriers at a pedestrian entrance to the Capitol grounds, the indictment says. Several Proud Boys also entered the Capitol building itself after the mob smashed windows and forced open doors.

More than 700 people have been charged with federal crimes related to the Capitol riot. At least 165 of them have pleaded guilty, mostly to misdemeanor offenses punishable by a maximum of six months' imprisonment.