News
January 7, 2022 by The Associated Press 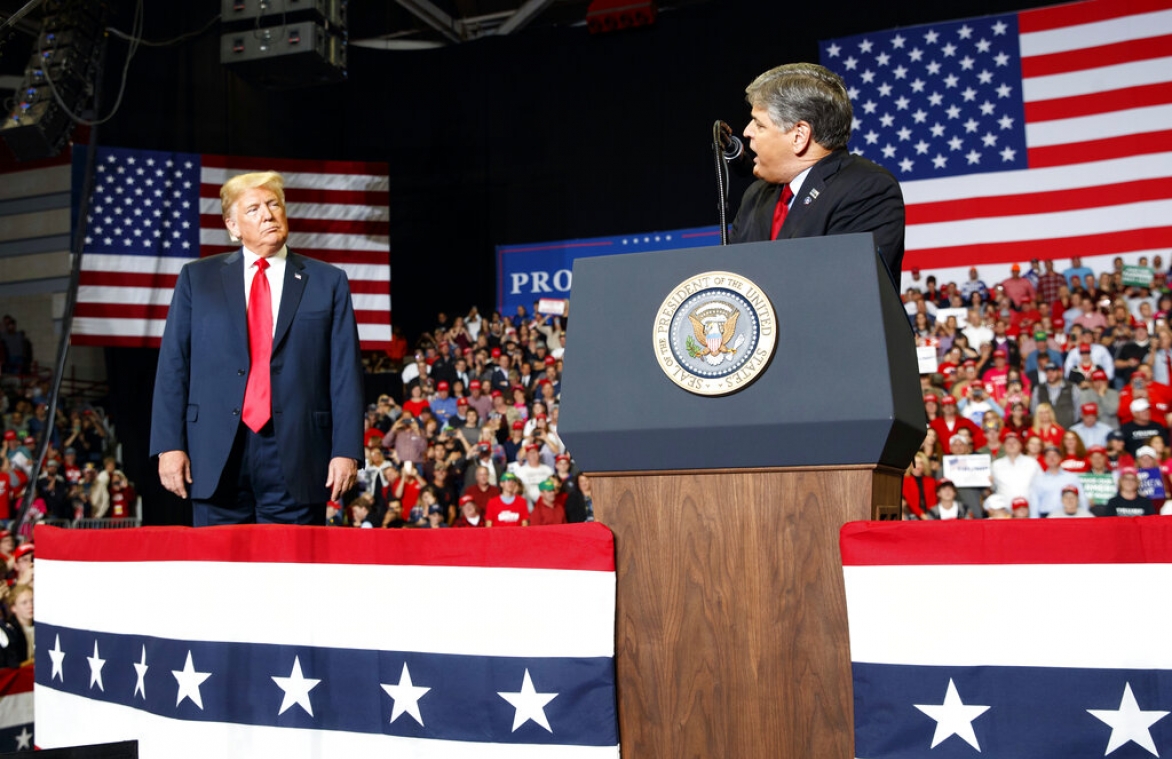 NEW YORK (AP) — For years, Sean Hannity has skirted ethical boundaries with his role on a television network with "news" in its name. Yet it's never been as stark as now, with the committee investigating last year's Capitol riot seeking his testimony.

The Jan. 6 select committee has revealed a series of texts where Hannity privately advised former President Donald Trump before, during and after the assault, and is seeking his insight about what happened in those days.

The popular Fox News Channel prime-time host hasn't said what he will do, but he's slammed the congressional probe as a partisan witch hunt. His lawyer has raised First Amendment concerns about the request.

It's not unheard of for journalists to offer advice to politicians — history records Ben Bradlee's friendship with former President John F. Kennedy — but such actions raise questions about their independence and allegiance to the public interest, said Jane Kirtley, director of the Silha Center for the Study of Media Ethics and Law at the University of Minnesota.

In one text revealed by the committee on Jan. 4, Hannity wrote to Trump's former chief of staff, Mark Meadows, on Dec. 31, 2020, that "we can't lose the entire WH counsel's office" and said Trump should announce he was leading a nationwide effort to reform voting integrity.

Noting that Hannity had texted on Jan. 5 that he was "very worried about the next 48 hours," Rep. Bennie Thompson, the committee chair, said he wanted to know what concerned the host.

It was widely reported during the Trump administration that Hannity spoke frequently with the president. The texts to Meadows put specificity to some of the communications.

Fox refers to him as an opinion host. In 2016, Hannity told The New York Times that "I never claimed to be a journalist." A year later, he told the same newspaper that "I'm a journalist. But I'm an advocacy journalist, or an opinion journalist."

He conducts interviews on his program, sometimes with people he's been privately advising.

"He seems to consider himself a journalist when it suits his purposes and an entertainer when it doesn't," Kirtley said. "And he can't have it both ways."

Fox News executives have not immediately commented on the revelations of what Hannity has been texting Meadows or criticism about his or the network's ethics.

There have been times when Fox News has acknowledged journalism norms with regard to Hannity. He was forced to cancel a 2010 appearance in Cincinnati when it was revealed he was participating in a fundraiser for the Tea Party. When Hannity was featured in a 2016 Trump campaign video, he was told not to do it again.

In 2018, Fox called it an "unfortunate distraction" when Hannity was called on to speak at a Trump campaign rally.

Fox has long tried to draw distinctions between news and opinion programming. Particularly in the past few years, those lines have become less clear, as they have at a number of news organizations. Some of Fox's prominent journalists, like Chris Wallace last month, have left.

"I don't consider Fox to be a news organization," said June Cross, a documentarian and journalism professor at Columbia University. "They're in the business of what I call 'news entertainment,' that may or may not have anything to do with news."

For a traditional news organization, implicit in the text messages is another kind of embarrassment: that someone on its payroll was aware of some significant, newsworthy information — about what was being discussed in the White House before and after the Capitol riot — that was apparently kept private.

If opinion journalists elsewhere were in a similar position, such as Maureen Dowd of The New York Times or Eugene Robinson of The Washington Post, "I would argue they did have an obligation to tell their news organizations," Cross said.

"If your loyalty is to the public," Kirtley said, "you should have revealed this."

In his letter to Hannity, Thompson said that the committee has "immense respect for the First Amendment." He said members wanted to question Hannity on a specific and narrow range of factual questions, and not about his broadcasts, reporting or opinions.

"We have no doubt that you love our country and respect our Constitution," he wrote. "Now is the time to step forward and serve the interests of your country."