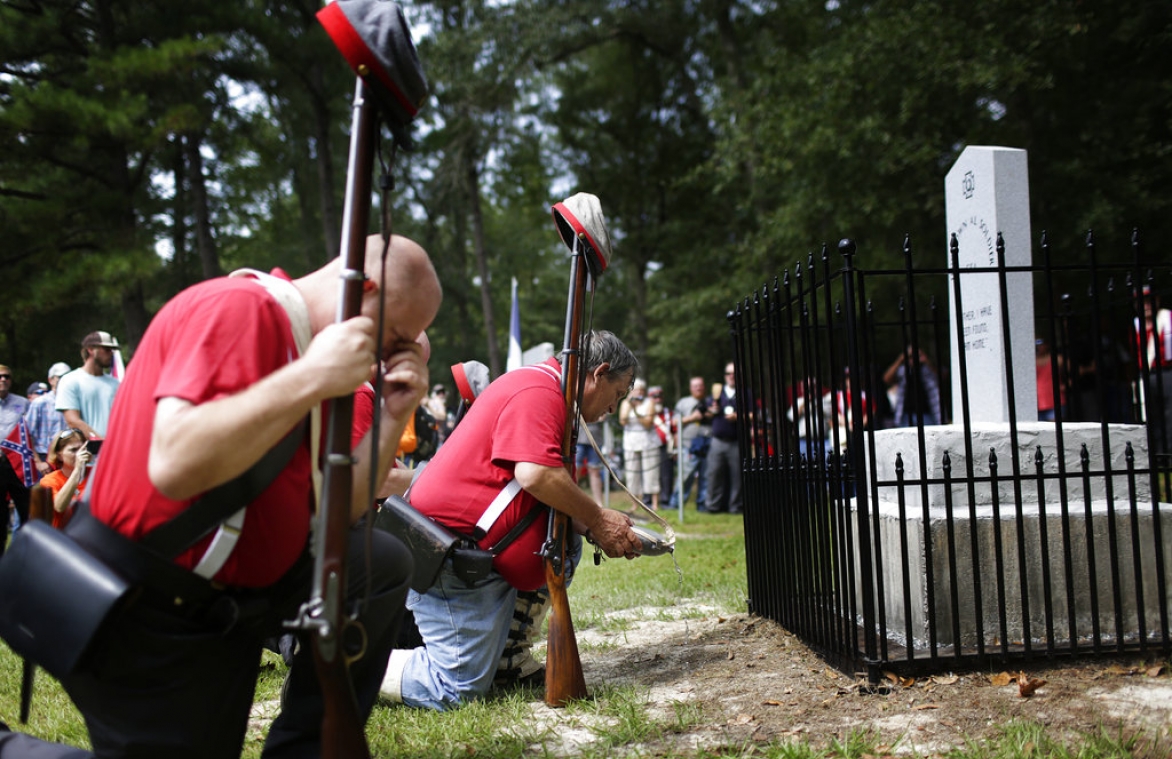 FLORENCE, Ala. (AP) — An organization that has staged dozens of protests against a Confederate monument in north Alabama filed suit contending the city of Florence is trying to limit the demonstrations in violation of free-speech guarantees.

The lawsuit, filed April 19 by Project Say Something and its founder, Camille Bennett, claims the city and Police Chief Ron Tyler are trying to clamp down on the protests by telling the group when, where and how it can demonstrate against the monument, located at the Lauderdale County Courthouse.

Bennett said the organization, a nonprofit she founded about eight years ago, has tried to work with the city, the TimesDaily reported.

"Alabama has a long history of confronting racial injustice through peaceful demonstration, and it is imperative that we not lose that ability to speak truth to power when the situation demands it," Bennett said in a statement.

The city has not responded to the federal lawsuit in court and city officials declined comment.

The courthouse monument was dedicated in 1903 when Confederate descendants were erecting memorials all over the South to honor rebel veterans and perpetuate the "lost cause" mythology that portrayed the Civil War as being about something other than slavery. Project Say Something began almost daily protests against the monument in 2020 following the police killing of George Floyd in Minneapolis.

While the group held as many as 175 demonstrations in 2020, it cut back the following year because the city used its noise and parade permit ordinances to discourage them, the lawsuit said. The chief relocated the demonstrations to a "protest zone" away from the courthouse to shrink the potential audience, it claimed, and he threatened to issue citations.

After the city requested $360 a day for police protection during demonstrations, the group began hiring private security and has spent about $4,100 so far, according to the complaint. The group held "silent" protests in response to noise complaints after counter-protesters began gathering and yelling racial epithets at demonstrators, it said.

David Gespass, co-chairman of the Alabama chapter of the National Lawyers Guild, which was among the organizations assisting with the lawsuit, said it was not up to the city or Tyler to tell people "where and how to protest."

"The First Amendment holds that everywhere from the Atlantic to the Pacific and Canada to Mexico is a protest zone," Gaspass said.