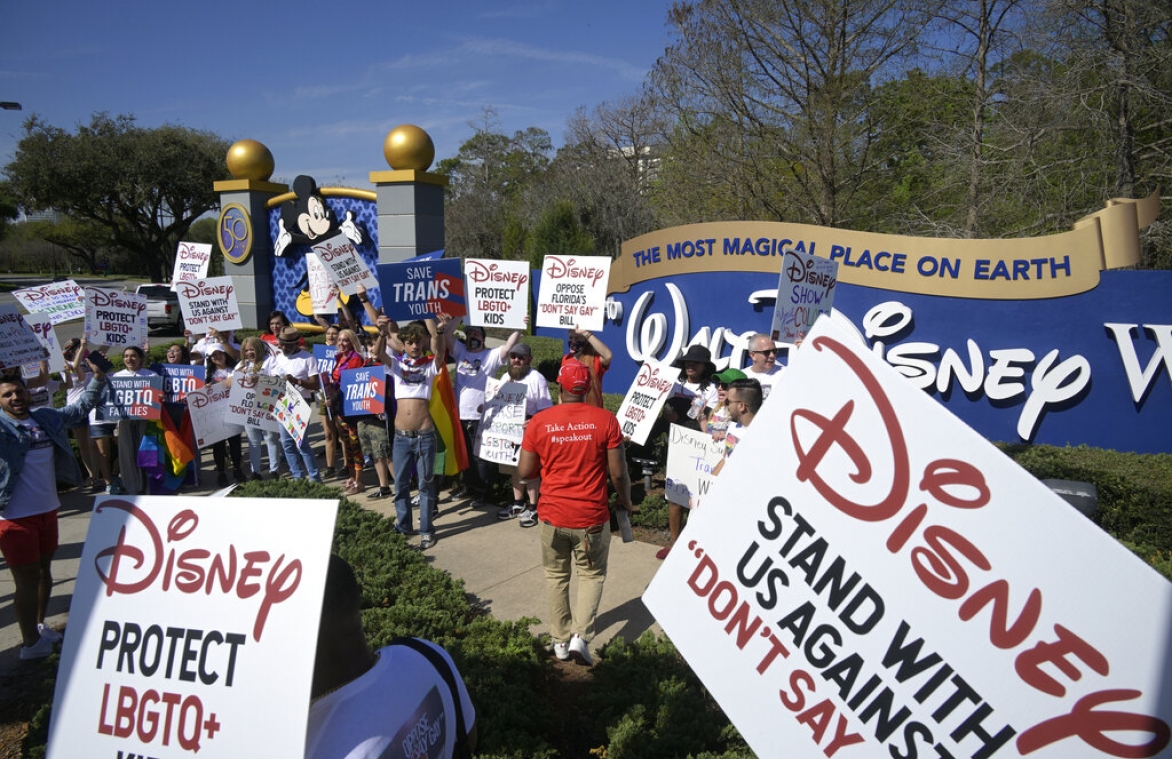 Perhaps the single most controversial Supreme Court decision in the 21st century, the case of Citizens United v. FEC, affirmed the right of corporations to engage in speech about politics.

You may remember the derisive complaints in 2010 that the Court had decided that a corporation is a “person.” It was a bit more complex than that, but the bottom line was that corporations had a First Amendment right to spend money to advance their beliefs.

As Justice Kennedy said in the majority decision, “the First Amendment does not allow political speech restrictions based on a speaker’s corporate identity.” In other words, corporations were presumed to have the same free-speech rights as all Americans.

How, then do we explain the decision of Florida Gov. Ron DeSantis and the state Legislature to punish Disney for voicing concerns about a recent piece of legislation? The right of companies to participate in the marketplace of ideas was clearly established in Citizens United, a decision that was widely applauded by the Republican Party.

Florida’s Parental Rights in Education law bans classroom instruction on sexual orientation or gender identity in kindergarten through third grade. At first glance, many would say, What’s wrong with that? Surely shoe-tying and reading should take priority.

In truth, there's no broad effort to teach sexual orientation to little kids. Schools already limit sex education to later grades and local school boards can always control what’s taught in schools. There was no need for any state legislation.

This was a political stunt, no different from if a largely Democratic legislature passed a bill saying primary-school teachers could not provide instruction on shooting guns. Does anyone think the National Rifle Association wouldn’t be outraged by that?

At the prodding of Disney employees, Disney CEO Bob Chapek issued the mildest of statements, saying he had called the governor “to express our disappointment and concern that if legislation becomes law, it could be used to unfairly target gay, lesbian, nonbinary and transgender kids and families.”

The governor and state lawmakers immediately responded to the criticism by revoking Disney’s 55-year-old rights to self-govern the land encompassing Disney World. That was not in play until Disney issued its statement.

The cause and effect was clear. Disney expressed its opinion and the state used its power to punish Disney and discourage other corporations from taking a stand – about anything.

DeSantis is raising funds around “woke Disney” and Republicans throughout the state have shared similar sentiments.

"The company that Walt Disney started was a beacon of family values, said Rep. Jackie Toledo, a lawmaker from Tampa. “And that has now been perverted by (a) woke mob of liberal extremists into a laboratory of gender identity, social experimentation in which our children are the guinea pigs.”

It’s fair game to debate classroom curriculum or Disney’s land governance. But neither has anything to do with the state’s retaliation against Florida’s top employer.

News organizations throughout the country have reported on the Disney-DeSantis “feud,” “rift” or “battle,” sometimes incorporating Mickey Mouse puns, but those descriptions are too mild.

This is a full-blown assault on the First Amendment rights of business leaders – and by extension their employees. Its clear intent is to chill free speech in the Sunshine State.