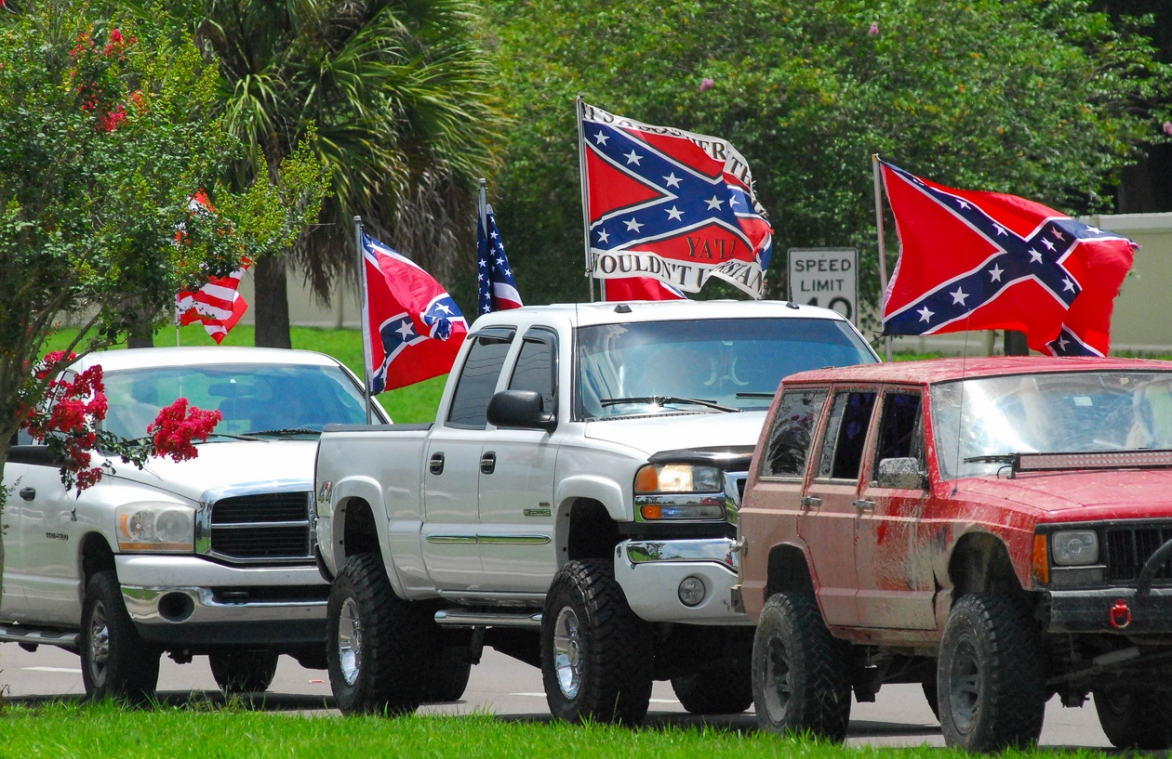 ATLANTA (AP) — Several black students who were suspended for trying to protest Confederate flag displays at their high school in Georgia have filed a federal lawsuit against their school district and its board members, accusing them of allowing an extensive pattern of racism including "overt bigotry and animosity by some white students and teachers against African-American students."

The students, joined by their mothers as plaintiffs, already made news when their protest at Coosa High School was stifled last fall.

Now, in their lawsuit filed May 17 against the Floyd County school district and its board members, they allege an extensive pattern of racism, including white students reenacting the murder of George Floyd and posting it on social media, and a student who carried what appeared to be a whip and told a black student, "We used to whip you."

The suit faults administrators for "deliberate indifference to acts of racial animosity toward black students perpetrated by white students and teachers; as well as the school's viewpoint discrimination in its dress code and the inconsistent administration of disciplinary policies to the detriment of black students."

Joining the students as plaintiffs are their mothers, Lekisha Turner and Jessica Murray. Murray claims she was pulled over by a police officer after picking up the suspended children, and detained until school officials presented her with a letter threatening criminal trespassing charges if she was found again on school grounds.

Superintendent Glenn White on May 17 said the district disputes the allegations but had been advised by lawyers not to get into specifics at this time. "The Floyd County school system looks forward to presenting the facts on this situation in court," White told The Associated Press in a phone interview.

Coosa High near Rome is in the heart of northwest Georgia's conservative 14th Congressional District, which sent Rep. Marjorie Taylor Greene to Congress. About 10% of the school's more than 800 students in grades 8-12 are black, state enrollment figures show. About 58% are white, while 26% are Hispanic and the the remainder are multiracial or some other race.

The lawsuit accuses school officials of creating "an atmosphere where certain viewpoints including white nationalism and white supremacy are permitted but speech of an ideologically different viewpoint is expressly prohibited."

When a group of students sought to protest the ability of their classmates to wear garb displaying the Confederate flag on campus, the principal threatened student Deserae Turner that she could be jailed for "instigating a riot," the lawsuit says. The principal also announced over the intercom that any student protesting or even possessing a flyer announcing the protest would be disciplined.

The lawsuit alleges that four black plaintiffs who organized the protest were suspended for five days, while nonblack student organizers were not disciplined. Lawyers also allege the preemptive shutdown of the protest and demands that students not post on social media violated students' First Amendment rights. A fifth student who was not suspended has also sued.

The suit says dress-code rules allowing Confederate flag apparel but not Black Lives Matter apparel are illegal viewpoint discrimination by a government agency, which also violates the First Amendment. It says the district also has violated the students' and parents' right to equal protection under the 14th Amendment, as well as the Civil Rights Act of 1964.

Among other remedies, the plaintiffs demand that the school district be blocked from further punishing the students because of their speech, remove prior punishments from school records and pay money damages.

Among the lawyers bringing the suit is Shannon Liss-Riordan, a lawyer seeking the Democratic nomination for attorney general in Massachusetts.