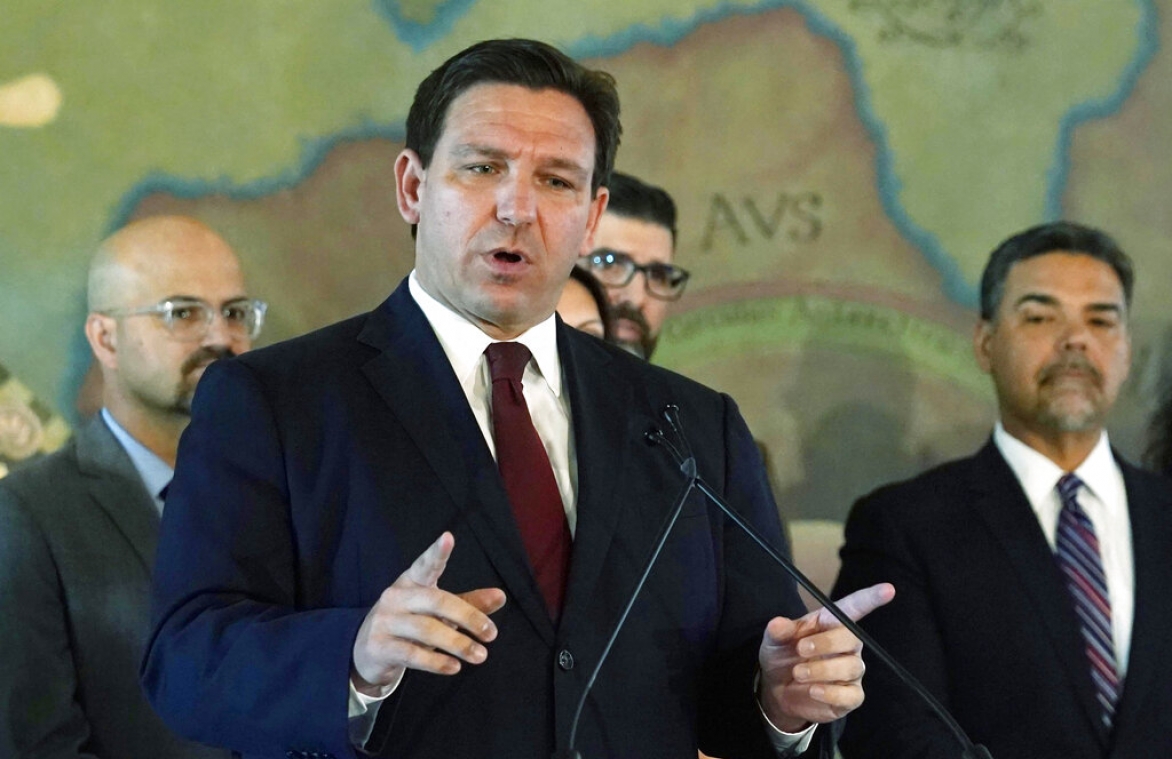 ST. PETERSBURG, Fla. (AP) — A Florida law intended to punish social media platforms like Facebook and Twitter is an unconstitutional violation of the First Amendment, a federal appeals court ruled May 23, dealing a major victory to companies who had been accused by GOP Gov. Ron DeSantis of discriminating against conservative thought.

A three-judge panel of the Atlanta-based 11th U.S. Circuit Court of Appeals unanimously concluded that it was overreach for DeSantis and the Republican-led Florida Legislature to tell the social media companies how to conduct their work under the Constitution's free-speech guarantee.

"Put simply, with minor exceptions, the government can't tell a private person or entity what to say or how to say it," said Circuit Judge Kevin Newsom, an appointee of former President Donald Trump, in the opinion. "We hold that it is substantially likely that social media companies — even the biggest ones — are private actors whose rights the First Amendment protects."

The ruling upholds a similar decision by a Florida federal district judge on the law, which was signed by DeSantis in 2021. It was part of an overall conservative effort to portray social media companies as generally liberal in outlook and hostile to ideas outside of that viewpoint, especially from the political right.

"Some of these massive, massive companies in Silicon Valley are exerting a power over our population that really has no precedent in American history," DeSantis said during a May 2021 bill-signing ceremony. "One of their major missions seems to be suppressing ideas."

However, the appeals panel ruled that the tech companies' actions were protected, with Judge Newsom writing that Facebook, Twitter, TikTok and others are "engaged in constitutionally protected expressive activity when they moderate and curate the content that they disseminate on their platforms."

There was no immediate response to emails Monday afternoon from DeSantis' press secretary or communications director on the ruling.

DeSantis is running for reelection this year and eyeing a potential run for the 2024 GOP presidential nomination. He was the first governor to sign a bill like this into law, although similar ones have been proposed in other states.

One of those, in Texas, was allowed to go into effect by the 5th U.S. Circuit Court of Appeals, and the tech companies involved there are asking for emergency U.S. Supreme Court review on whether to block it. No decision on that was immediately released.

"When a digital service takes action against problematic content on its own site — whether extremism, Russian propaganda, or racism and abuse — it is exercising its own right to free expression," said CCIA President Matt Schruers in a statement.

As enacted, the law would have given Florida's attorney general authority to sue companies under the state's Deceptive and Unfair Trade Practices Act. It would also have allowed individual Floridians to sue social media companies for up to $100,000 if they felt they'd been treated unfairly.

The bill targeted social media platforms that have more than 100 million monthly users, which include online giants as Twitter and Facebook. But lawmakers carved out an exception for the Walt Disney Co. and their apps by including that theme-park owners wouldn't be subject to the law.

The law would have required large social media companies to publish standards on how they decide to "censor, deplatform, and shadow ban."

But the appeals court rejected nearly all of the law's mandates, save for a few lesser provisions.

"Social media platforms exercise editorial judgment that is inherently expressive. When platforms choose to remove users or posts, deprioritize content in viewers' feeds or search results, or sanction breaches of their community standards, they engage in First-Amendment-protected activity," Newsom wrote for the court.

Associated Press writers Mark Sherman in Washington and Brendan Farrington in Tallahassee contributed to this story.