Worries aside, poll finds most journalists would do it again 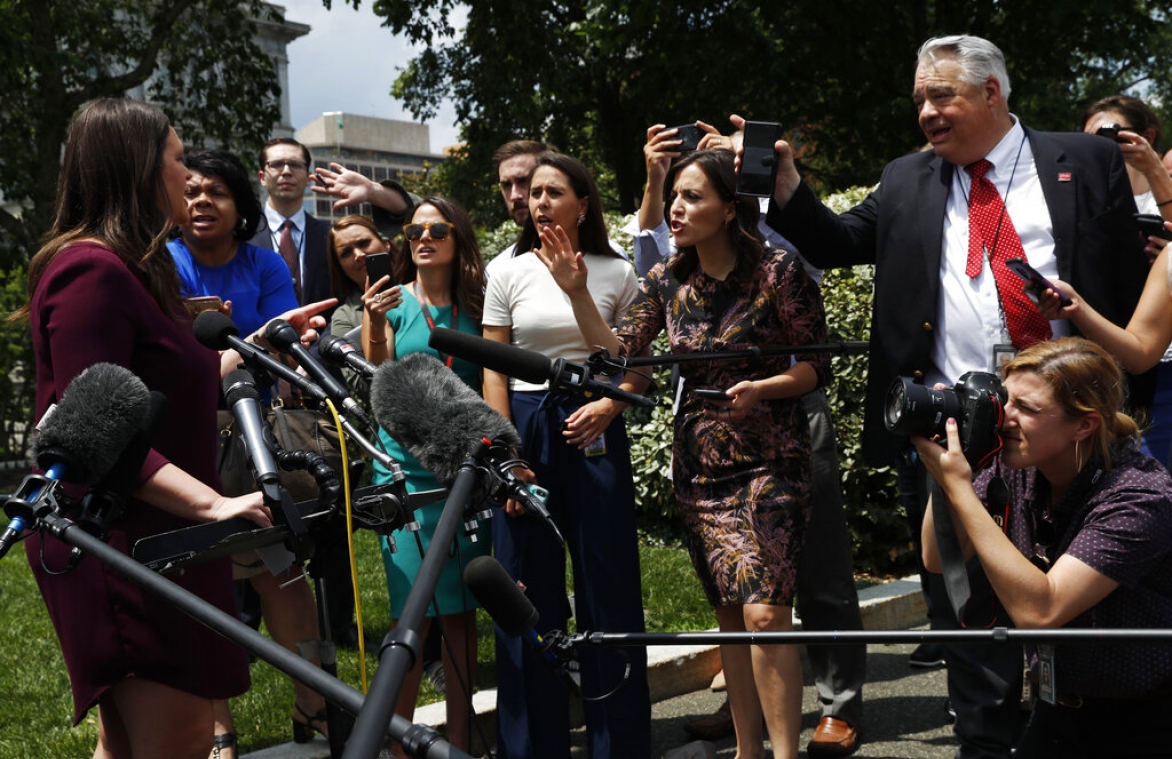 NEW YORK (AP) — Journalists face harassment, fight against misinformation and are keenly aware of the industry's financial troubles and the dim view many Americans have of them.

Despite all that, most love their jobs and wouldn't trade it for something else.

Those were among the findings in a survey of nearly 12,000 journalists conducted by the Pew Research Center and released on June 14.

"To me, that's a fascinating juxtaposition," said Amy Mitchell, director of journalism research at Pew. "They get it. They feel the struggle. They understand the public's feelings toward them. But they love it. They're proud of their work."

More than three-quarters of the journalists (77%) said that if they had the chance to do it all again, they would pursue a career in the news business. Three-quarters of journalists over age 65 say the job has a positive impact on their emotional well-being, although these numbers get smaller for those who are younger.

When asked to describe their industry in a single word, 72% of journalists surveyed pick something negative — words like "struggling," "chaos," "partisan," "difficult" and "stressful," Pew said.

And when asked for one word that journalists think the general public would use to describe the news industry, only 3% could be characterized as positive. Words like "inaccurate," "untrustworthy," "biased" and "partisan" were used most often.

Years of attacks from former President Donald Trump and his allies have taken a toll. Coupled with a companion poll of American adults in general, journalists have a more positive view of the job they do than people they are reporting for. For instance, 67% of journalists believe they're doing a very or somewhat good job of covering the most important stories, compared with 41% of the public. Most journalists (65%) said news organizations do a good job of reporting accurately, while only 35% of the public feels this way.

Pew found that 42% of the journalists said they had been harassed or threatened over the past year, mostly online. Sixteen percent of women said they'd been sexually harassed by someone outside their organization.

More than 9 in 10 journalists said they considered made-up or false information to be a significant problem for society. A third of respondents said they come across falsehoods on a regular basis, Pew said.

For all the negativity, 70% of journalists pronounce themselves very or somewhat satisfied with their jobs, Pew said. Roughly the same number of people say they're excited about their work.

By overwhelming numbers, Pew found journalists using social media like Twitter and Facebook to promote their work and to hunt down possible sources. However, two-thirds of journalists said social media has had a very or somewhat negative effect on the profession.

The number of people who face harassment or come across unreliable information online may explain the apparent contradiction, she said.

Fully three-quarters of the journalists feel it's a major problem when people with the same opinions get their news from the same organizations, while 39% of the public sees it that way, Pew said.

Pew's findings are based on a national, online survey of 11,889 journalists conducted between Feb. 16 and March 17, with a margin of error of plus or minus 1%.