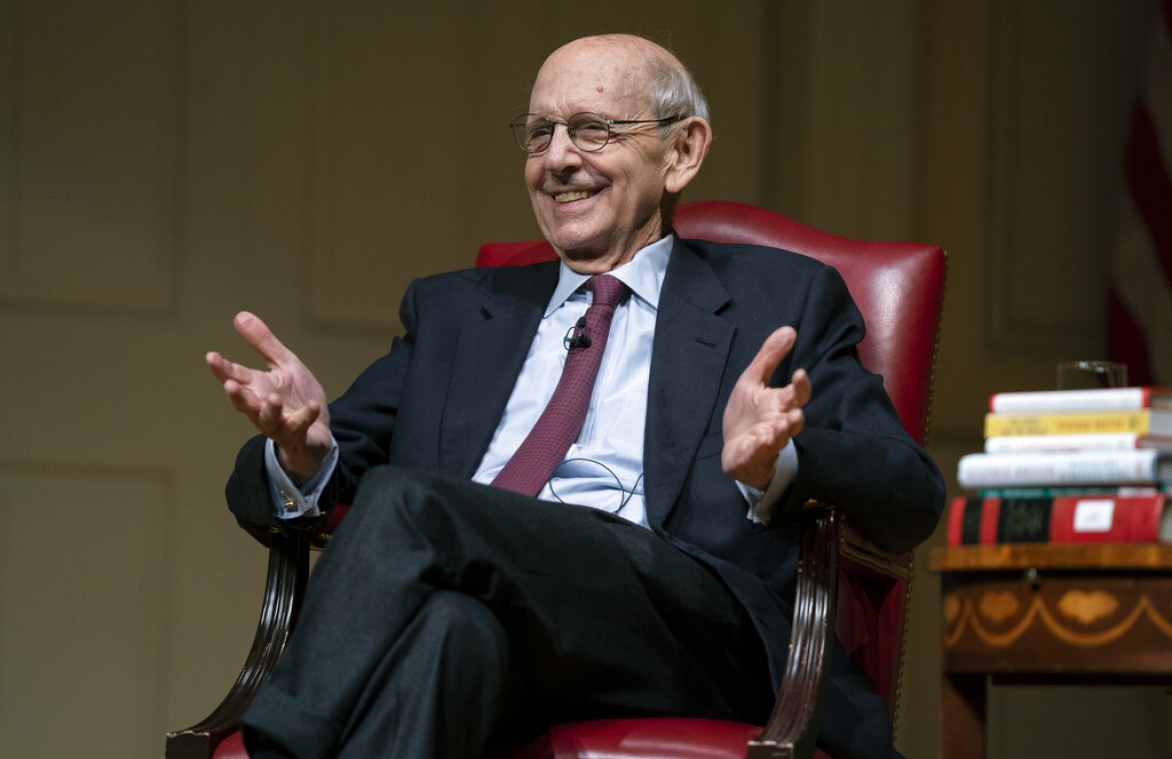 WASHINGTON (AP) — Recently retired Supreme Court Justice Stephen Breyer has become the honorary co-chairman of a nonpartisan group devoted to education about the Constitution, joining Justice Neil Gorsuch at a time of intense political polarization and rising skepticism about the Court's independence.

The National Constitution Center in Philadelphia said Aug. 11 that Breyer and Gorsuch, who has served since 2019, would be spokesmen for civics education and civility in politics.

The justices' decision to work together "is especially meaningful in this polarized time," said Jeffrey Rosen, the center's president and CEO.

The 84-year-old Breyer retired at the end of June after nearly 28 years as a justice. His seat was taken by Justice Ketanji Brown Jackson, the high court's first black woman.

Breyer has been a constant voice for seeing the Court as something other than "politicians in robes" even as the Court has issued a string of conservative-driven decisions topped by eliminating a constitutional right to abortion and overturning Roe v. Wade.

In recent months, the Court with six Republican-appointed conservatives and three liberals appointed by Democrats also has expanded gun rights, weakened the separation of church and state and constrained the Biden administration's efforts to combat climate change and the coronavirus pandemic.

Gorsuch wrote in the majority of all those cases, and Breyer wrote in dissent.

Challenges to affirmative action in education and key election-related cases highlight the term that begins in October and seem likely to produce more sharp splits along ideological lines.

"Despite the strong disagreements on the Court, Justices Breyer and Gorsuch, like all their colleagues, unite around a shared belief that civics are necessary for the future of the republic," Rosen said.

Recent public-opinion surveys have shown a sharp drop in approval of the Court and its role as an institution that is above the political fray.
Still, Breyer said last week at a lawyers' convention in Chicago that he remains optimistic about the American legal system.

In a statement, he said, "The nonpartisan work of the National Constitution Center is essential, and I look forward to working with Justice Gorsuch to promote civil dialogue and debate."

Breyer also will return to teaching at Harvard Law School.

Past center chairmen have included President Joe Biden, who resigned when he launched his presidential campaign in 2019, and former Presidents Bill Clinton and George H.W. Bush.

The center's home in Philadelphia is near the Liberty Bell and Independence Hall, where the Constitution was drafted.