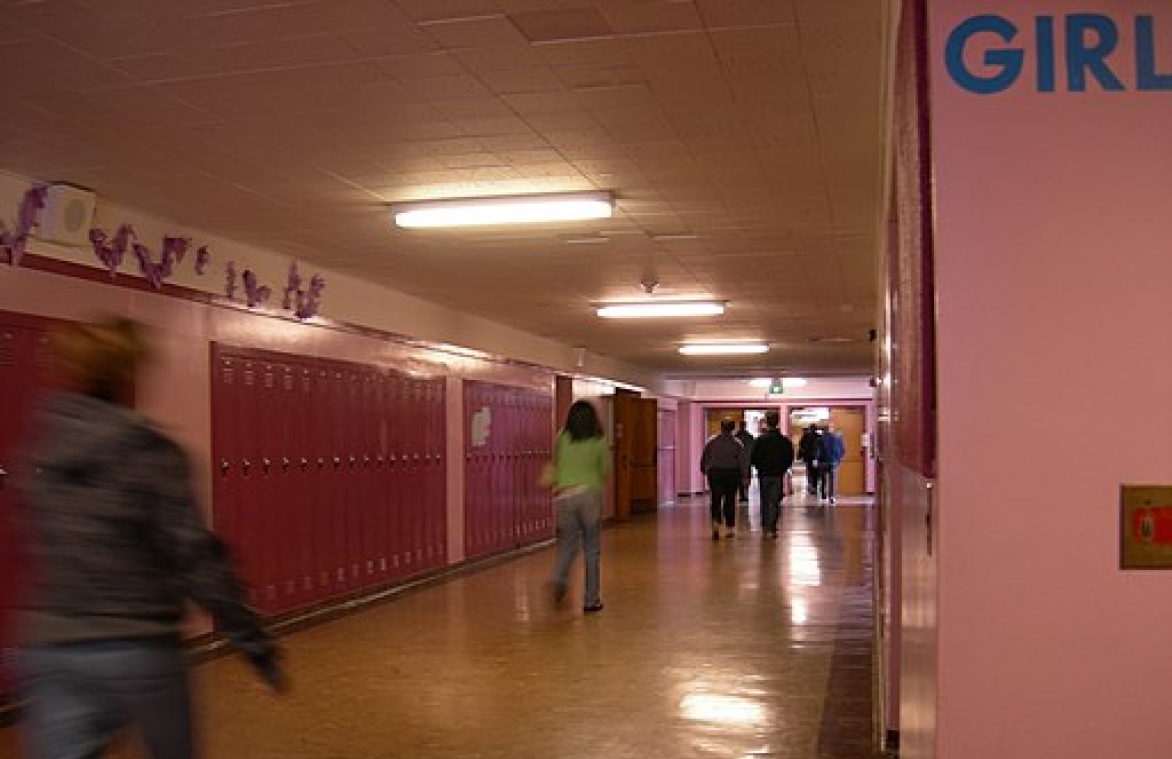 The Pennsylvania Superior Court ruled on Sept. 10, 2019, that a student's words in a hallway between classes about "breaking the record" referred to school shooting deaths and constituted a terroristic threat not allowed under the law. The student had appealed the decision, claiming not enough evidence was presented to show it was a real threat. (Photo used as illustration by Joe Mabel via Wikimedia, CC SA-3.0.)

A juvenile court did not err in finding a juvenile delinquent for making a terroristic statement even though the statement appeared somewhat ambiguous, the Pennsylvania Superior Court recently ruled in In Re J.J.M.

In February 2018, a juvenile known in court papers as M.W. told school officials that fellow juvenile  J.J.M. said in a school hallway between classes that he “wanted to break the record of 19.”   J.J.M. made this statement only six days after the school shooting at Marjory Stoneman Douglas High School in Parkland, Florida, where 17 students died.  M.W. became concerned because J.J.M. apparently had talked about death and violence before.

Another student named K.S. testified that about a month before that, J.J.M. had made other statements about violence and death.

Student is expelled and charged with making "terroristic threats"

As a result of these statements, school officials at West Side C.T.C., a vocational high school in Luzerne County, expelled J.J.M.   Authorities then charged J.J.M. with violating a Pennsylvania law that provides in part:

Student appeals whether sufficient evidence to show he violated law

J.J.M. appealed to the Pennsylvania Superior Court, which affirmed his delinquency adjudication.  The court determined that the juvenile court did not err in finding that J.J.M. had made a terroristic threat.  The court believed that the statement referencing the record of 19 referred to the number of people that could be killed in a school shooting.

The court wrote that “while the news was dominated by the deadliest high school shooting in this country’s history, [J.J.M.] proclaimed in a high school hallway, between classes, loud enough for other students to hear, that he wanted to ‘beat the record of 19.’”

In a footnote, the court added that his “beat the record” statement made only days after the Parkland shooting “was itself alone sufficient to constitute a terroristic threat.”    The court added that J.J.M. had “cultivated an image among his classmates as one who relished the thought of death to human beings” and that, as such, he “must have known the effect that his words would have upon his fellow students in the wake of the Parkland shooting.”

The court’s decision is interesting, because it allows a juvenile to be adjudicated delinquent for making threats when the threat does not appear explicit and the proof appears less than clear.  After all, the alleged statement about “beating the record” referenced the number 19, not 17, the actual number of victims in the Parkland shooting.   The court notes the discrepancy but says that student M.S. was not sure that she overhead the correct number.