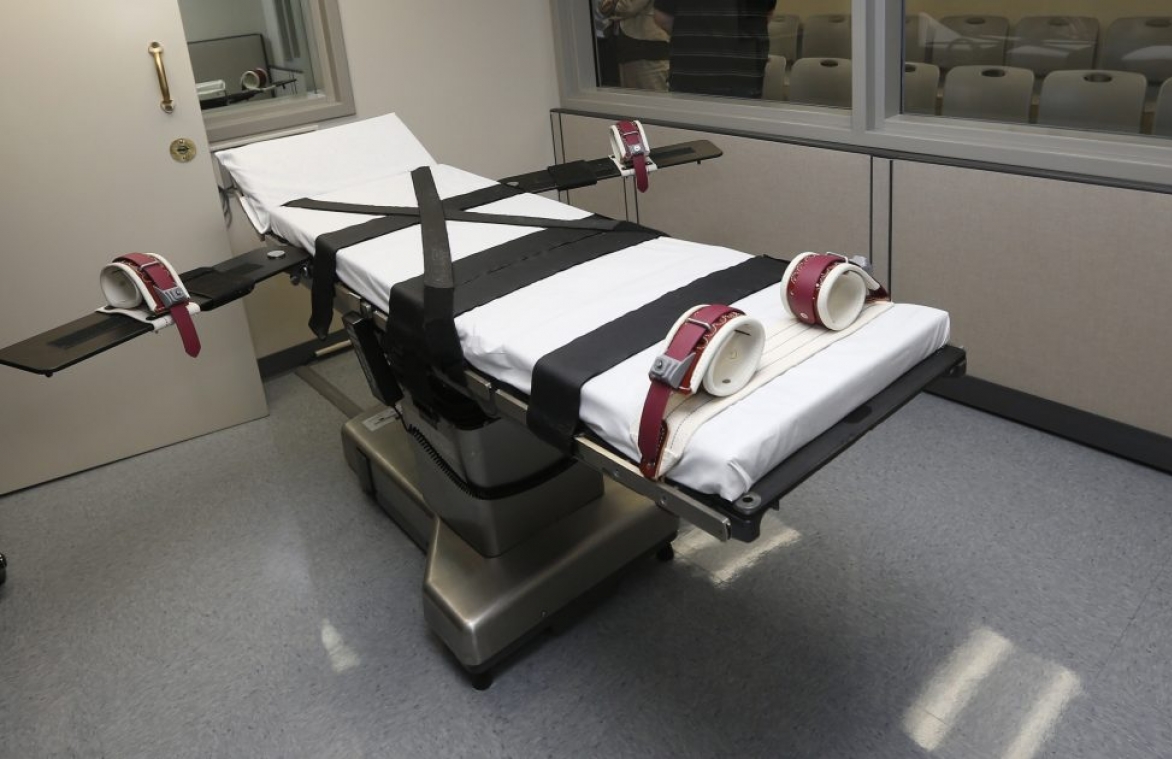 This Oct. 9, 2014, file photo shows the gurney in the the execution chamber at the Oklahoma State Penitentiary in McAlester, Okla. Ruling in an Arizona case, a panel of the 9th U.S. Circuit Court of Appeals recently ruled that those watching the execution process have a First Amendment right to hear the process as well as see it. (AP Photo/Sue Ogrocki, used with permission from The Associated Press)

The public has a First Amendment right of access not only to view executions of inmates but also to hear the sounds during the process, a federal appeals court panel has ruled in a challenge to Arizona’s death penalty process.

After Woods’ execution, the First Amendment Coalition joined the inmates as a plaintiff.

These claims included several First Amendment-based claims, including that

On appeal, a three-judge panel of the 9th U.S. Circuit Court of Appeals reversed the district court’s opinion in part and affirmed it in part in its September 17, 2019, opinion in First Amendment Coalition of Arizona v. Ryan.

The court applied a two-part test developed by the U.S. Supreme Court in Press-Enterprise Co. v. Superior Court (1986).  That two part test asks: (1) whether the process has historically been open to the public; and (2) whether public access plays a positive role in the process.

9th Circuit panel: Executions have traditionally been open to the press and public

Applying this test, the 9th Circuit panel reasoned that historically when executions were open to the press public, persons could hear the entire execution process.    Furthermore, Watford wrote that “[t]he plaintiffs have also plausibly alleged that such access would play a significant role in the proper functioning of capital punishment.”  The court recognized that the plaintiffs submitted historical evidence and examples of where “media coverage of executions has sparked public debate about the appropriate method of execution in Arizona.”

Watford added that “[l]ifting Arizona’s restriction on the witnesses’ ability to hear would ensure more comprehensive coverage of executions in the State.”

The panel then analyzed whether Arizona’s muting of the execution process to the witness room was reasonably related to legitimate penological objectives or rather was unconstitutional and burdened the plaintiffs’ First Amendment rights.   Watford, writing for the panel, reasoned that the plaintiffs have plausibly alleged a valid First Amendment claim even under this deferential standard of review.

However, the 9th Circuit affirmed the district court on the other two First Amendment claims involving an alleged right of access to information about the lethal injection drugs and the persons carrying out the execution process.   For access to the lethal injection drugs, the 9th Circuit panel relied on two other circuit court of appeals – the 6th Circuit in Phillips v. DeWine (2016) and the 8th Circuit in Zink v. Lombardi (2015) – which had rejected similar claims.

Judge Martha Berzon authored a partial dissenting opinion. She agreed with the bulk of Watford’s analysis but dissented on the access to the courts theory, writing: “I write separately to call attention to the inmates’ plausible allegations that Arizona, through its deliberate concealment of information about its execution process, has violated their First Amendment right of access to the courts.”