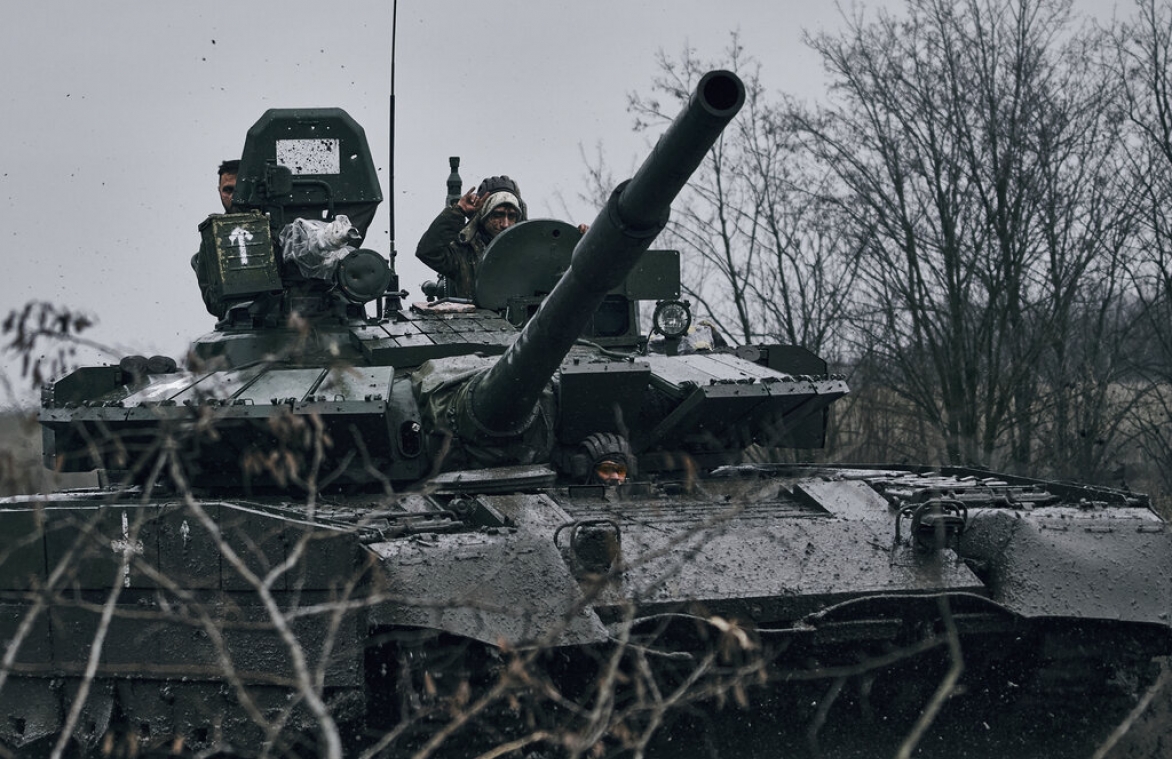 NEW YORK (AP) — The Associated Press has fired a reporter and is reviewing its standards on use of anonymous sourcing following an "egregious" error in a story about a fatal missile strike that killed two people in Poland.

The national security reporter, James LaPorta, was dismissed after being deemed primarily responsible for a Nov. 15 news bulletin that erroneously said Russian missiles had carried out the strike, according to people at the AP familiar with the decision. They asked for anonymity to talk about personnel matters and internal operations.

In fact, it is widely believed that Russian-made antiaircraft missiles fired by Ukraine were responsible for the deadly encounter in the NATO country.

LaPorta, who had worked at AP since 2020, said Nov. 22 that "I would love to comment on the record, but I have been ordered by the AP to not comment."

AP is believed to be the first news organization outside of Polish media to report on the strike itself last week. The error ascribing blame to Russia was particularly damaging because of the danger involved given NATO's commitment to respond to an attack on a member country.

"We review any egregious mistakes that are made," said Julie Pace, senior vice president and executive editor of the AP, of last week's error. "We take our standards very seriously. If we don't live up to our standards, we don't have any choice but to take action. Trust in the AP and trust in our report is paramount."

The initial report was attributed to a "senior U.S. intelligence official," with no explanation of why the person was granted anonymity. A reason for anonymity is required by AP policy. Later, the story was updated to add that the official was not named because of the sensitive nature of the situation.

The AP tries to avoid confidential sources, according to its statement of principles, and it lays out strict guidelines for their use. For example, a reporter must get approval from a news manager who is told the source's identity in order to use it in a story — a process known as "vetting sources."

In this case, LaPorta said in an internal Slack message that his source had been vetted by Ron Nixon, an AP vice president and head of investigations, enterprise, partnerships and grants. But Nixon has said he had no knowledge that the source was being used for this particular story and development, according to people with knowledge of the situation.

AP's policies also call for a second source to corroborate information received through confidential sources, although exceptions are granted on a case-by-case basis.

There has been other disciplinary action taken, according to the company, which did not give details Tuesday afternoon. The AP is reviewing all aspects of the story and the way it was handled, and how the material made it to the wire, Pace said.

"Anytime that we have an error, and certainly an error of this magnitude, we have to stop," Pace said. "We have to make sure we have the right policies when it comes to anonymous sources and reporting on sensitive information, and we need to make sure that our staff is trained properly and has a clear understanding how to implement these standards."

The AP's standards editor, John Daniszewski, sent a note to all AP journalists on Tuesday reminding them of standards for the use of anonymous sources, saying the guidelines "should be known by every AP reporter and editor."

He noted that the AP's exception to its two-source rule comes when the material being offered comes directly from an authoritative figure in a position to know, with information so detailed that there is no question of its accuracy.

While the rules are straightforward, "they can become muddled if reporting from anonymous sources is put directly into a Slack channel or conversation with other editors and reporters assembling a piece of AP journalism, especially in a breaking news situation," Daniszewski wrote.

The AP's internal messaging from that day included a brief discussion of whether a second source was necessary.

As the day went on, the story was updated — including adding Ukraine President Volodymyr Zelenskyy's false blame of Russians for the Polish incident. Eventually, AP's report couched the incident by reporting the Polish Foreign Ministry's statement that it was a Russian-made missile.

The AP issued a formal correction on its story the next day.

The story contained the byline of a second AP reporter, John Leicester, who was chronicling a series of Russian attacks in Ukraine that day. Leicester, stationed in Kyiv when the story hit the wire, is not facing any discipline because he had nothing to do with the anonymously sourced material about the Polish attack that was inserted into the story.

The incident is a particularly vivid reminder — given the potential consequences — of the need for journalists to take care in "fog of war" situations, said William Muck, a political science professor at North Central College in Illinois.

"We forget that the nature of conflict is that there is a lot of ambiguity and uncertainty," Muck said. "There is reason for caution and to slow things down."