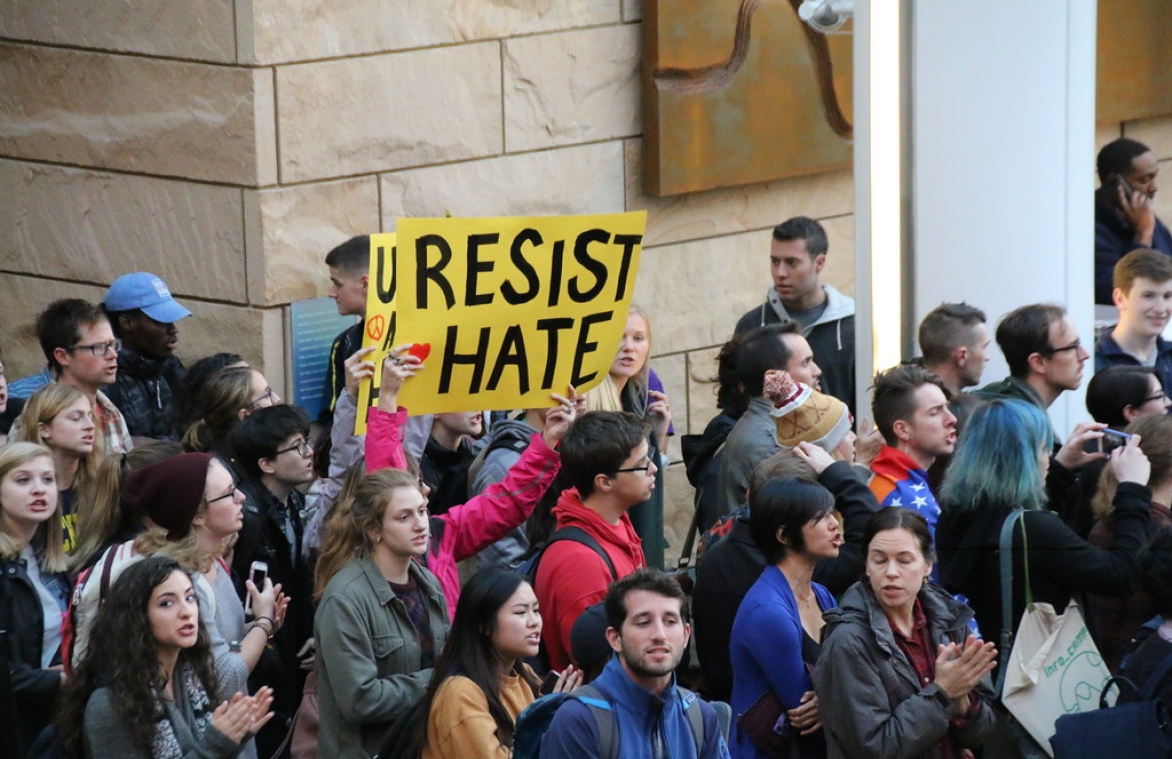 One of the toughest lessons to teach on a college campus is that freedom of speech is to be taken literally.

It means that everyone in America can say whatever he or she wants to, without limits or punishment by government. Any exceptions largely have to do with using speech to commit a crime.

Yet a new study by the John S. and James L. Knight Foundation and Gallup shows a disconnect between college students’ enthusiasm for the concept of free speech and their willingness to see it fully protected:

But there’s a limit to this enthusiasm for free speech.

It’s now a familiar pattern, drawn from multiple studies. College students love the idea of freedom of speech, but many want to carve out exceptions.

I’ve just wrapped up a semester teaching a course in how free expression has played a role in America’s history and culture since the ratification of the Bill of Rights in 1791. I always ask students what they found most and least interesting in terms of course subjects. Segments on music censorship and post-9/11 security measures score big. The least popular: That moment in history when Americans demanded freedom of speech in order to protect their young democracy. The usual student criticism: They “already know this stuff.”

No, they don’t. This survey and others reveal a generation with a good heart, committed to inclusion and diversity, and looking for ways for their peers not to feel troubled or uncomfortable.

That’s truly laudable, but nothing in the Bill of Rights protects us from disturbing ideas. To the contrary, the First Amendment unleashes them.

Universities have an obligation to prepare the next generation of citizens by providing both an education and insights into how America works. Every time a pollster asks college students, “Do you support free speech?,” I wish they could ask a follow-up: “Do you really mean that?”

Until that answer is “yes,” we all have work to do.

(The full Knight-Gallup survey is available for download here. The Knight Foundation is a financial supporter of the Free Speech Center’s educational outreach on college campuses.)