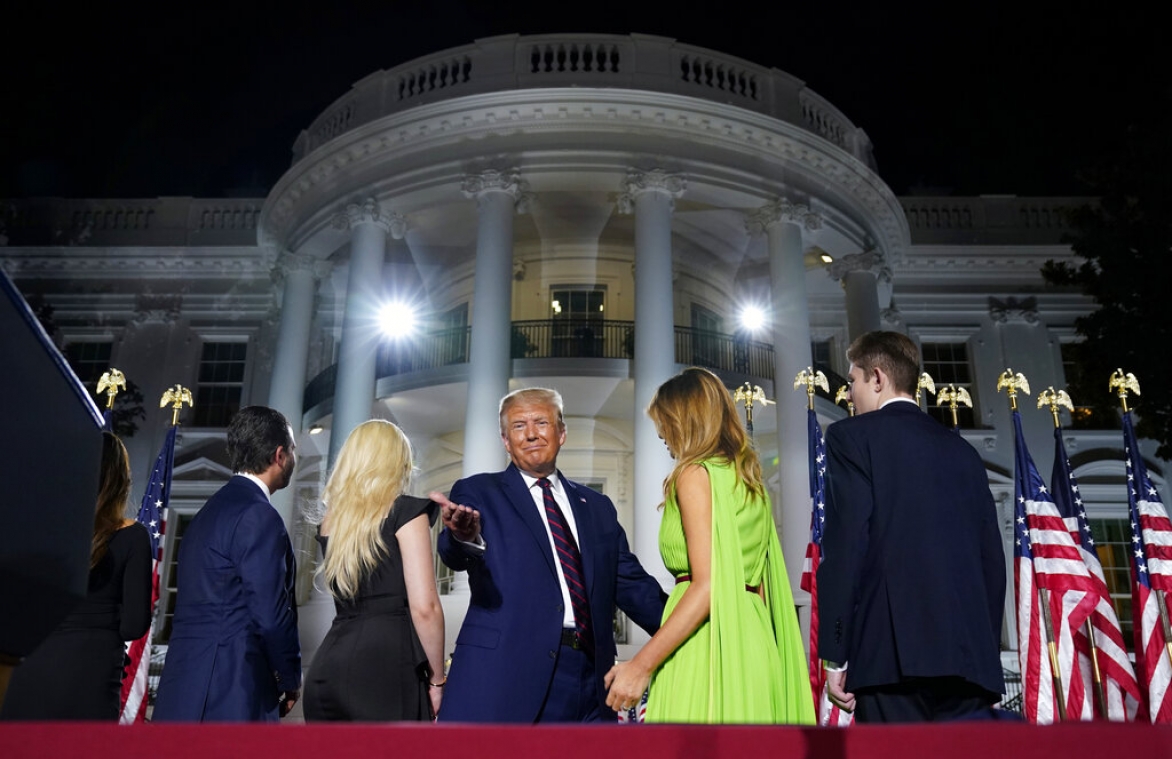 NEW YORK (AP) — To listen to television pundits wrapping up the Republican convention and evaluating President Donald Trump's acceptance speech, the nation heads into the fall campaign as divided as it ever was.

"This was unquestionably the best Donald Trump production ever," ABC News analyst Sara Fagen said as fireworks burst over Washington.

There was a weariness in analysts' voices following two weeks of conventions in the COVID-19 era — mostly virtual for the Democrats and, for the Republicans, a collection of mostly pretaped speeches concluding with a spectacle on the White House lawn.

The GOP convention ended with hundreds of people crammed together at the White House, only a scattered few wearing masks — the type of event that has largely disappeared since the pandemic exploded in March.

"I just kept thinking, the longer this goes on, the more people are going to get sick," Mary Trump said on MSNBC.

Yes, Mary Trump. The left-leaning cable network invited the presidential niece and author of "Too Much and Never Enough: How My Family Created the World's Most Dangerous Man" to offer analysis and some of her family's special dysfunction for the last night of the convention.
"Nothing surprised me about what happened," she said. "Like all of you, I am repulsed. I am heartbroken."

MSNBC's Reid was visibly angered by the use of the White House as the setting for the president's speech — just the sort of bold gesture his fans were likely to love.

"This was repugnant to see a campaign sign festooned on our property, the White House, with a big iron gate outside so the people can't even come in," she said. "If this is what America is going to be, it's a monarchy, not a democracy."

MSNBC went from airing more of the convention at its beginning and gradually showing less, with more fact-checking, as the week went on. Fox News Channel, after some of its fans complained Monday that they were hearing too much from network personalities and not enough of the event, went in the opposite direction.

By far, most American television viewers watching the convention experienced it on Fox News, the favorite destination for the president's fans. More than 7 million people watched the convention's third night on Fox News, while no other network had as much as 2 million, the Nielsen company said.

The length and delivery of Trump's address Aug. 27 drew low marks from many analysts, as it took on a droning tone as is often the case when the president sticks to a teleprompter.

"It was one of the longest and lowest-energy speeches I have ever seen the president give," said ABC News White House correspondent Jonathan Karl.

Even Fox's analysts were unimpressed, with Chris Wallace calling it "surprisingly flat."

"He's done very good speeches from teleprompters before, but tonight he seemed to miss the excitement he generates in himself in his ad-libbing," Fox's Brit Hume said. "Nonetheless, overall as a convention I think it's pretty clear that this show, and that's what it was, packed more wallop than those we saw last week."

A measurement that Trump watches closely will come out Friday, when the president sees if he can match the 24.6 million people who tuned in to watch Democratic opponent Joe Biden last week.

Democrats have outdrawn Republicans on two of the three nights of the conventions. That was the case Aug. 26, when Nielsen estimated that 17.3 million people watched the Republicans, compared with 22.8 million who saw the Democrats a week earlier.