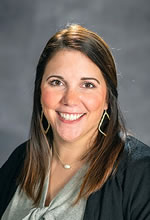 Leslie currently serves as the director of fraternity and sorority life (FSL) within the Center for Student Involvement and Leadership (CSIL). The Director of Fraternity & Sorority Life works in conjunction with the Coordinator of Fraternity and Sorority Life to provide oversight of leadership development and programming for 22 fraternities and sororities associated with National Pan-Hellenic Council (NPHC), Panhellenic Council and North American Interfraternity Conference. She will facilitate programming in the areas of risk management, membership recruitment/intake and education; problem resolution, and community planning as well as coordinating and presenting educational programs for the entire Greek system and individual chapters. She will also work to ensure that fraternities and sororities are meeting the academic, housing and recruitment standards of the university. Leslie serves as the liaison between the university and individual chapters, advisors, alumni and House Corporation officers and works in collaboration with designated staff in Development Office to interface with and address concerns of fraternity and sorority alumni.

Leslie joined the CSIL team at MTSU in 2007 as the graduate assistant for leadership and service. After graduating with her Master Degree in Higher Education and Administration, she held various positions at the Kappa Delta National Headquarters. In her most recent role, she served as the Director of Chapter Services. In this position, she supervised six full time employees and 14 traveling consultants, who were responsible for serving the sorority’s 156 collegiate chapters. She was also responsible for the oversight of risk management and educational programming. Leslie has also facilitated several Greek presentations at local and national conferences.

Leslie continues to serve her alma mater as a member of the MTSU Alumni Association board of directors.  Leslie enjoys volunteering with Make A Wish. She is a member of the Association of Fraternity and Sorority Advisors and has served as a LeaderShape facilitator at the University of Memphis. 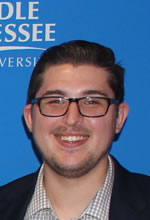 Jordan currently serves as the Coordinator of fraternity and sorority life (FSL) within the Center for Student Involvement and Leadership (CSIL). The Coordinator works in conjunction with the Director of FSL to provide oversight of leadership development and programming for 26 fraternities and sororities associated with National Pan-Hellenic Council (NPHC), National Panhellenic Conference (NPC) and North American Interfraternity Conference (NIC).

Jordan is a proud member of Sigma Alpha Epsilon and serves on his local Alumni Association board. He has a passion for risk management and truly cares about student development. In his spare time, he enjoys being outside and watching sports.