The History of the Glades
of the Central Tennessee Basin

The Deposition of the Lebanon Limestone 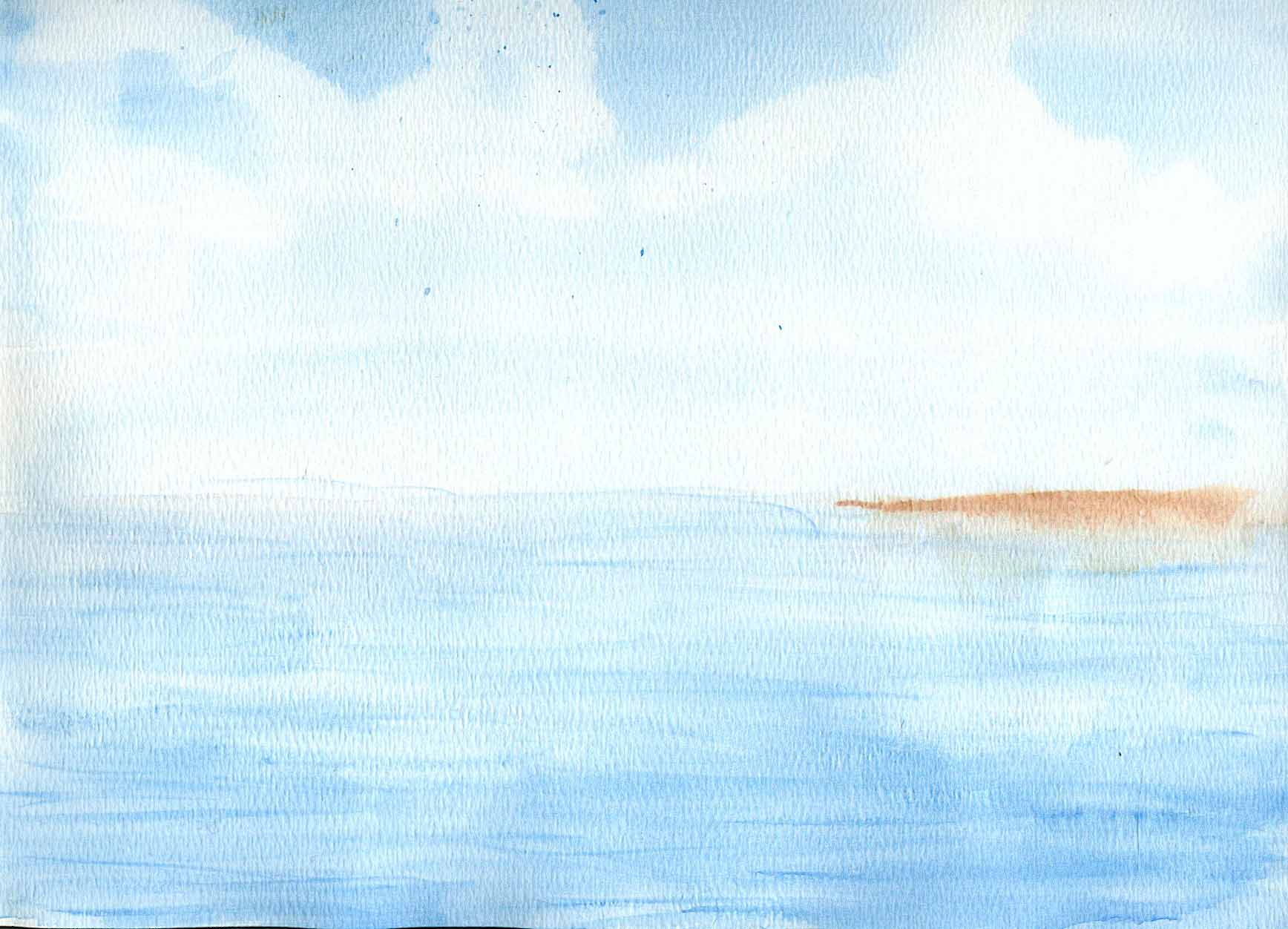 The glades of the Tennessee Central Basin are the product of half a billion years of geologic history. To understand them, we must go back 460 million years to the middle of the Ordovician Period. At that time, what is now North America sat just south of the equator in a shallow tropical sea. The water was quiet, clear and very shallow. In fact, the area around Murfreesboro, which was the highest point around, periodically emerged from the water as an island. Corals, snails, brachiopods, bryozoans, crinoids, many soft-bodied invertebrates, and microorganisms lived in these waters. Their fossils are found in the rocks.

The rock that was deposited under these conditions, called the Stones River Group, is an extremely pure limestone, close to 100% pure calcium carbonate (CaCO3) . Water conditions alternated between very still, low energy water and periods when the water energy was higher. This led to the formation of identifiable strata: very fine grained, massively bedded limestone mud during the quiet periods; thinly bedded fine grained limestone alternating with partings of shale during the active periods. The formations of the Stones River Group are shown below.

For a review of the geologic column see:

Tectonic Forces: The Formation of the Nashville Dome

Throughout the Paleozoic Era (570-250 million years ago), what is now the eastern edge of North America collided repeatedly with other plates. This caused compressional forces to buckle the earth's surface forming a bulge in middle Tennessee called the Nashville Dome. The name is somewhat inaccurate since the crest of the dome was, in fact, where Murfreesboro is now located.

With each tectonic collision, the dome would be squeezed and become steeper, and between collisions, it would erode and become flatter. One of these tectonic events, the Taconic Orogeny, took place at the end of the deposition of the Stones River Group. It resulted in a major change in the environment. Most significantly, after the collision, large amounts of silicatious silt started being deposited in the region. The rock that was deposited, was no longer pure limestone, but limestone mixed with large quantities of shale and phosphate.

As the Paleozoic Era continued, other kinds of rock were deposited: the black Chattanooga Shale in the late Devonian Period, the cherty Fort Payne Formation in the early Mississippian, and the sandstone of the Pennsylvanian Period.

Differential Erosion: The Carving of the Nashville Basin

Pennsylvanian sandstone has entirely eroded off of middle Tennessee, except for the top of Short Mountain in Cannon County.

By about 6 million years ago, the Fort Payne Formation eroded through where it was thinnest, on top of the crest of the Nashville Dome, over present-day Murfreesboro.

Rocks erode at different rates. Insoluble rocks, such as sandstone, chert, and shale, erode relatively slowly, whereas soluble limestone erodes rapidly. Scientists estimate that the middle Tennessee's Ordovician limestone erodes three times as fast as the rocks of the Fort Payne Formation . Thus as soon as the limestone was exposed, a basin started forming.

The basin that now exists exposes the Nashville and Maysville groups around the edges, but it has eroded down into the Stones River Group in the center.

Glades form in the Inner Basin where the Stones River Group is exposed.

The Impact of Climate: The Glades in the Ice Age

The glades of the Tennessee Central Basin are a function of geology, but they are also a function of climate, specifically of changes of temperature and the water table.

The climate of middle Tennessee has changed dramatically over the past thirty thousand years. Scientists study climatic and botanic history by identifying pollen and other plant material from cores taken from sediments which accumulate at the bottom of lakes. This science is called palynology. Tennessee is not a land of lakes, but we do have sinkholes and rivers which can be used for this purpose.

Tennessee was south of the areas that were glaciated during the last ice age, but that does not mean that the ice age did not affect the region. In their study "Vegetational History of the Cedar Glades Regions of Tennessee, Kentucky, and Missouri during the past 30,000 years", Delcourt, et.al. use palynology to trace vegetational changes in the mid south, and then speculate on the effects of these climate changes on the relative areas of cedar glades.

They conclude that "climatic conditions were favorable for the establishment of cedar glades vegetation" on suitable sites both before and after the coldest part of the ice age.

However, "during the full-glacial and late-glacial intervals, between 24,000 and 12,500 years BP, colder climates and high groundwater tables may have eliminated suitable habitats for the cedar glades flora north of 34 degrees N latitude."

The expansion of cedar glades in the period 8,500 - 4,500 years BP coincided with a period of warmer temperatures, drier soils and lower water table. Their conclusions are summarized in the table below.

The Future of the Glades

The future of glades will depend on the continued erosion of the Nashville Basin. As the Inner Basin erodes through the Stones River Group and into the underlying Knox Formation, it is possible that the glades of the Inner Basin will disappear. However, as the outer basin erodes through the Nashville Group to expose the Stones River Group, new glades will probably form farther from the center of the basin.

Middle Tennessee is currently experiencing a rapid growth of development resulting in large-scale urban sprawl. Unfortunately, some of the glades will be lost. However, public interest and the establishment of nature preserves will aid in conservation efforts for glades. Other impacts, such as exotic species and global wrming, undoubtedly affect glades, but their specific effects remain unknown at this time.