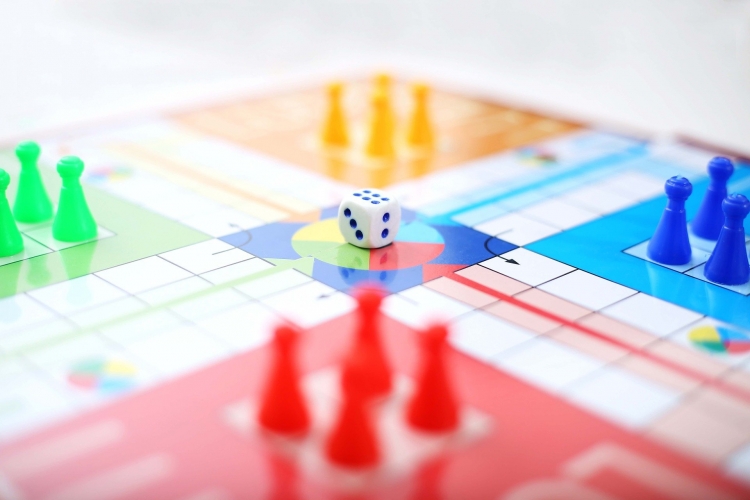 Very few children enjoy math worksheets. With my own child there was much wailing and gnashing of teeth. The more I persisted, the more he resisted. As a former classroom teacher and teacher educator I wanted him to love mathematics, not loathe it. I longed for him to see that math was interwoven into everything around us- from music and art to botany and astronomy. But first, I needed him to master single digit addition with sums up to 20 so he could pass kindergarten.

In a previous post, I described several benefits of using math games in the early childhood classroom and at home. Some of these benefits included construction of knowledge, social interaction, problem solving, critical thinking, increased participation and interest in mathematics, and of course, fun! However, not all of us have time, space, or energy to make math games for every new skill we teach.

It is impossible to walk down the halls of any elementary school or to view home schooling ideas on the Internet without seeing fabulously crafty homemade math games. Perhaps you are not artistically inclined or perhaps, like me, you find yourself with a dearth of time on your hands. Whatever the case, you can create interesting, fun, and learner specific games with commercial games you may already have at home or found at the thrift store.

I believe my son was already in first grade before I realized what a drudgery the game Sorry! could be. The goal of Sorry! is to move four pawns around the board and home to safety while avoiding opponents that could send you back to start! However, to begin play, you must pull a card with a 1 or a 2 to move your pawn on to the playing board.  Yes, that’s right. I have played entire games with my son and never pulled a 1 or 2, sitting at start the entire game. That was no fun! In a burst of inspiration, I quickly “lost” the cards and found two six-sided dice. Our games became much more interesting and moved much more quickly!

The best commercial boardgames to repurpose are games that have a pathway.  These may include Sorry!, Parcheesi, Chutes and Ladders, or even Candy Land.  Used games from thrift stores or games missing a few pieces are perfect for this.  You can totally play a great game of Sorry! with only two or three pawns of each color. It makes for a much quicker game! Once you have collected a few board games to use, you will then need to find dice, bottle caps, counters, or tiny plastic toys to serve as the missing pieces. Then it’s “game on!”

Some of the first math skills young children learn include understanding “how much” a number represents. We may learn this by creating sets of items that reflect the number 4 or the number 7. We may also learn this by rolling a die and moving that number on the path of a boardgame. This opportunity to practice one-to-one correspondence is a powerful reinforcement for this skill. When we first learn to add, early childhood textbooks have us add one to a number (e.g., 3+1 and 5+1). Using a six- or ten-sided die and adding one can be a rule used with an old Chutes and Ladders game to practice these randomly generated problems. Soon we move to learning our doubles (e.g., 3+3 and 5+5). Practicing these types of problems can be accomplished by rolling a die and doubling it. As learners progress, they will move to learning to add 2 or 5 to a number.

The bulleted list below is just a few ideas to get you thinking of ways to use dice and found objects to bring new life and new purpose to your old, commercial board games while supporting a traditional early childhood math curriculum.

These are just a few suggestions to get you started. Using boardgames and dice to reinforce math skills does not have to end with early childhood; it can follow learners throughout their K-12 experiences. You might be surprised to discover how quickly a game of Sorry! or Chutes and Ladders goes when you multiply the dice!