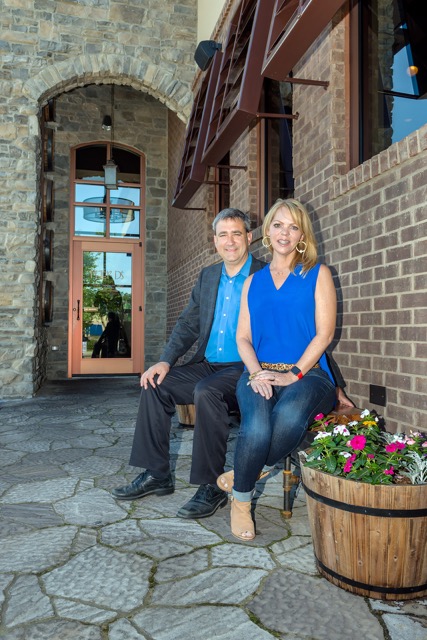 Entrepreneurs who are engaged in the community socially and politically, Peter [link to bio] and Kristin [link to bio] Demos reflect the values of a Liberal Arts education.  Both graduated from MTSU’s Sociology program, and Peter went on to earn his J.D. and practice law.  He realized quickly that law was not his passion and returned to Murfreesboro to work in the family business.  Kristin, driven by a passion for working with and helping people, started her career with the United Way.  She too became an integral part of the Demos family business, particularly when the couple decided to launch a new restaurant, Peter D’s.

Kristin’s training in communication at MTSU and her work with the MTSU Dance team allow her to function well in front of large groups, something she does professionally and as part of her community involvement, and with small groups of employees. Peter specifically draws on his work with MTSU Debate Team and his speech classes when engaging professional audiences or speaking to the community about his personal and professional journey.

According to Peter, the key ingredient to success in business is in the details.  If you can see problems, analyze them, debate them, and think broadly, you can be successful.  Liberal Arts, according to Peter, is more valuable than professional degrees because you learn those skills and more.  Both would rather hire someone with a Liberal Arts background because they know that person will come with a wealth of knowledge and the critical thinking ability necessary to operate in a complex, fast-paced environment.  Both Peter and Kristin work outside of their field of study and are largely “self-taught” in the industry, and both credit their background in Liberal Arts with the development of the acumen and skills necessary to learn new things quickly and adapt to a changing business environment and culture.