'MTSU On the Record' examines Shakers' history through alumna's research 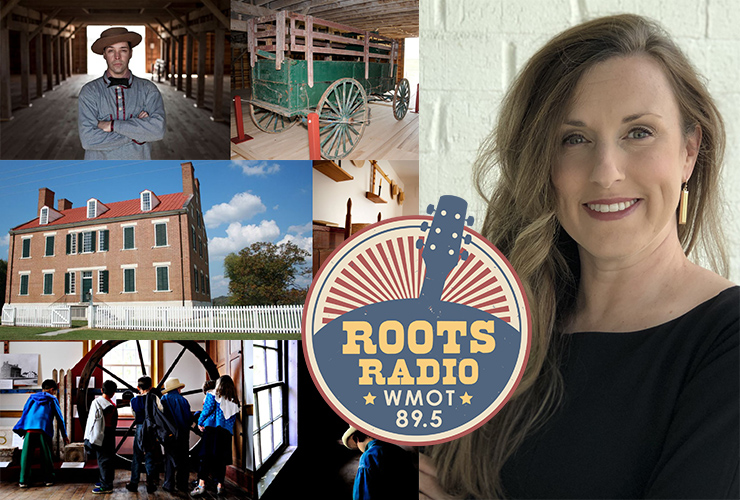 An MTSU history alumna who's racking up awards for her research into the Shaker community in Kentucky will be the guest on the next “MTSU On the Record” radio program.

Host Gina Logue’s interview with Rebekah Brummett, who is continuing her education at MTSU in pursuit of a master’s degree in public history, will air from 9:30 to 10 p.m. Tuesday, June 2, and from 6 to 6:30 a.m. Sunday, June 7, on WMOT-FM Roots Radio 89.5 and www.wmot.org.

Brummett ('17) is curator of community engagement at South Union Shaker Village in Auburn, Kentucky. Some members of the Shakers, a religious sect founded in England in the mid-1700s, created a settlement in the unincorporated community of South Union and lived there from 1807 to 1922.

South Union Shaker Village, which is on the National Register of Historic Places, preserves not only the Shakers’ buildings but their journals, artifacts and histories of their contributions to the seed industry and textile production.

The Civil War was a particularly difficult period for the South Union Shakers because they were pacifists. They owned slaves, but community leaders decided in 1816 that they would no longer accept members who owned slaves.

“What started to happen that the Shakers, we surmise, never even realized, was that … the members that they had of color began to assert their will and began to leave the village,” Brummett said.

For her exhibit titled “Dictates of Conscience and Feelings of Humanity: People of Color at South Union, 1807-1860,” Brummett received the Bronze Award in Exhibitions Under $10,000 from the Southeastern Museums Conference and the Excellence in Exhibitions Award from the Kentucky Historical Society earlier this year.

Brummett also received the Excellence in Publications Award from the Kentucky Historical Society for her article “Blacksmith by Trade: The Journey of African-American Shaker Justinian Cartwright.” The American Communal Societies Quarterly published it in 2019.

To hear previous “MTSU On the Record” programs, visit the searchable “Audio Clips” archives at www.mtsunews.com.