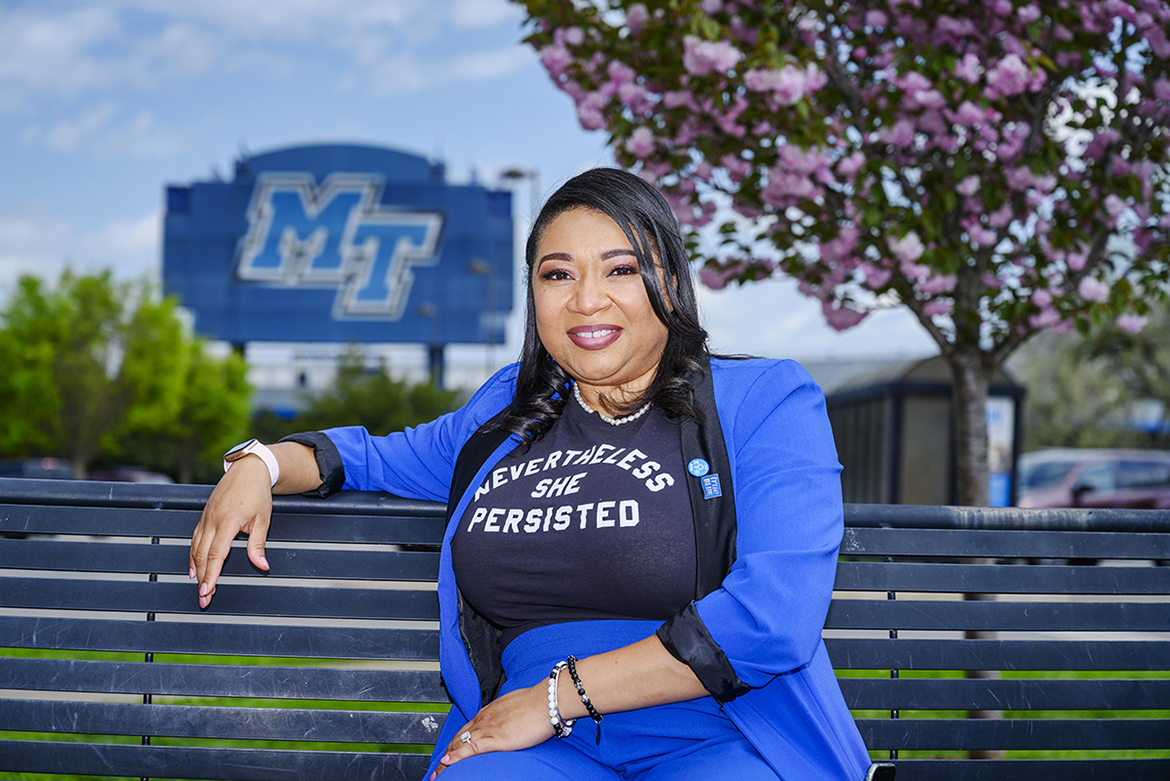 This is the first in a series of faculty profiles in recognition of the fifth anniversary of the MT Engage Quality Enhancement Program.

Engaging students in their classwork was part of Christina Cobb’s teaching style before she started teaching MT Engage classes.

The assistant professor of university studies uses activities and games in her Math 1010 for general studies class. Prizes include backpacks, portable chargers, laptop stands and erasable notebooks funded by an MTSU grant.

In math bingo, a student must solve a random equation and look for the answer on the bingo card. In Time to Climb, the first student who answers the question correctly moves up a hill in hopes of making it to the top.

Since Cobb was doing so much of this already, she thought it might be worth her while to become an MT Engage-certified professor. She said it was the best decision she could have made.

MT Engage, which celebrates its fifth anniversary this year, is the university’s latest Quality Enhancement Program, or QEP, that seeks to get students actively involved in their college education experience through strategic use of technology, hands-on activities and other techniques to keep them physically and mentally connected in their classes.

QEPs are a requirement for reaccreditation through the Southern Association of Colleges and Schools Commission on Colleges. MT Engage builds on the work of the previous QEP known Experiential Learning, or EXL, by engaging freshman and sophomore students as well.

“Once I saw some of the presentations on everything they were doing, I said, ‘Hey, I’m already doing this in class,’” Cobb said of MT Engage class structure.

Cobb said her goal was to make her class as engaging and inviting as she could.

“That’s the whole goal behind all of this,” Cobb said. “I want students to not just learn the material, but have a fun time learning the material.”

One feature of an MT Engage class is the signature assignment, a major project that requires students to dig deeply into the subject matter and show how engaged they really are with the subject matter. In one of Cobb’s classes, she made finance the focus of this assignment. 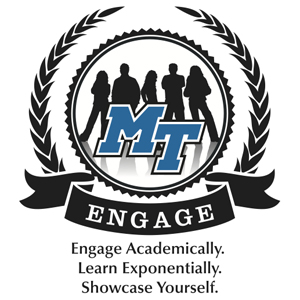 When students found out how much of their money would be applied to interest rather than principle, they were aghast at what they believed to be a rip-off. Cobb said her nontraditional students, most of whom are older than typical college students, became her “Amen corner,” showing the younger students what real life is like for homeowners.

Building on her own teaching instincts and experience, Cobb has found MT Engage’s workshops and summer institute to be invaluable, especially for the interaction with other educators.

“It’s like having that support system where you have other like-minded professors on campus who are trying to do the same thing,” Cobb said.

To find out more about MT Engage, go to https://www.mtsu.edu/mtengage/index.php or send an email to Julie Myatt, MT Engage director, at julie.myatt@mtsu.edu.