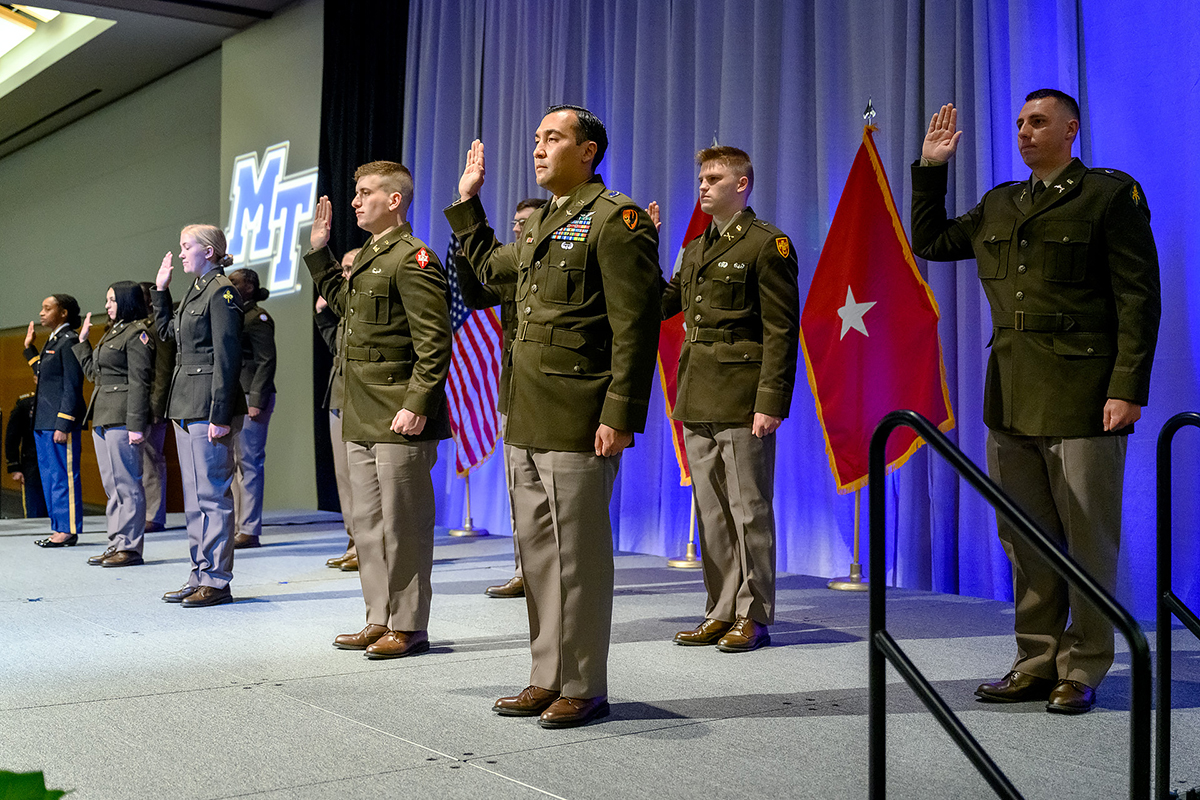 U.S. Army Lt. Col. Carrick McCarthy praised his fifth group of graduating MTSU cadets “for their energy and passion for learning that has been unmatched.”

Keith M. Huber, guest speaker for the 2021 Blue Raider Battalion Spring Commissioning Ceremony, provided a message about “appreciation, preparation and dedication” in addressing the 11 seniors being commissioned as second lieutenants.

With family and friends attending the in-person ceremony Friday, May 7, in the Student Union Ballroom, the newest ROTC alumni were given a heartfelt sendoff as they begin their Army careers and next chapters in their young lives.

The commissioning ceremony is a tradition for the ROTC program, which has seen the student cadets prepare for service to their country.

McCarthy, an MTSU military science professor, said the seniors “impressed me with the bonds they have formed with each other and the dedication they have demonstrated with this program. … These cadets have been adaptable and resilient during a worldwide pandemic.”

Huber, senior adviser for veterans and leadership initiatives and retired lieutenant general, congratulated them for reaching this milestone and “having strength of character from their parents” and realizing hard work pays off.

“Welcome to your day of preparation,” Huber added. “Life is a classroom and every day is a perpetual quiz. … Take this time to prepare yourself. Focus on what bonds us together. The reality is we may never return home. Be physically and emotionally prepared.”

Maggie Potter, 22, of Maryville, Tennessee, said she’s “very excited for the opportunities coming up.” She will be a medical services officer in Anchorage, Alaska, with eventual plans to attend medical school. The biology major said she “had worked really hard for it (this moment) and this is the culmination of the hard work.”