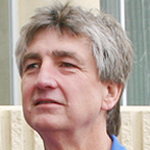 Middle Tennessee athletics has received a $1 million gift from the late Jeff Hendrix.

The gift, the largest unrestricted donation in MTSU athletics history, will be used for construction of a new stadium club in Floyd Stadium to be named the “Jeff Hendrix Stadium Club.”

“I want to personally thank the Hendrix family for this incredible gift, and as president I want them to know how appreciative we are for their generosity and help in moving the University forward,” said MTSU President Sidney A. McPhee.

“I have been impressed with Jeff since the day I met him; you could never tell he was not an alumnus of this University because of his high level of support. He gave so generously without ever expecting anything in return. He has left a great legacy that our student-athletes will benefit from for years to come. He will always be a Blue Raider, and his family will forever be a part of this University.”

A partner and president of Enterprise Electric for many years, Hendrix joined the Blue Raider Athletic Association in 2004 and quickly began making an impact. A mainstay at home events, he was also a regular on the road, at bowl games and at NCAA tournaments. He passed away in May 2011.

"Jeff Hendrix was one of the great treasures of not only Blue Raider athletics but the entire University," Director of Athletics Chris Massaro said. "This gift is just another example of his extraordinary leadership and the love he had for Middle Tennessee.

“This financial contribution will not only benefit our 17 sports programs but the entire institution. Floyd Stadium does more than just host athletic competitions—it is a gathering place for the University community, and there will not be a better place for fellowship than the Jeff Hendrix Stadium Club.”

In 2009, Middle Tennessee dedicated the “Jeff Hendrix Golf Performance Center” at the Champions Run course in Rockvale, where he was driving force behind the funding and construction.

Hendrix, 53, also played key roles in lighting the Dean A. Hayes Track/Soccer Stadium, expanding the outdoor suites in Floyd Stadium and funding and providing power for “RV Row” at Greenland Drive and served on the Capital Campaign Committee for the new baseball stadium. His gift and work on the lights at Reese Smith Field jump-started the first phase of the stadium campaign.

The Alabama native also was the presenting sponsor and chair of the annual Shooting for Scholarships Clay Target Shoot for six years. The event has raised more than $150,000 for the BRAA.

“Jeff was someone I knew who wanted to be involved and make a difference with our student-athletes,” said Associate Athletic Director Alan Farley. “Not a day goes by that I do not see the impact Jeff Hendrix has had on this campus. He always gave willingly and unselfishly to help others. Jeff is truly missed and will never be forgotten.”

Hendrix is survived by his wife Kay, and his children Bennie, Emily (a 2007 MTSU alumna) and Timi.

“Jeff never liked the recognition, but I know he would be very proud of this day and the fact all of his kids were there to see it,” said Kay Hendrix.

“Jeff and I have always loved being a part of Blue Raider athletics, and we will always cherish the friendships we have made over the years.”