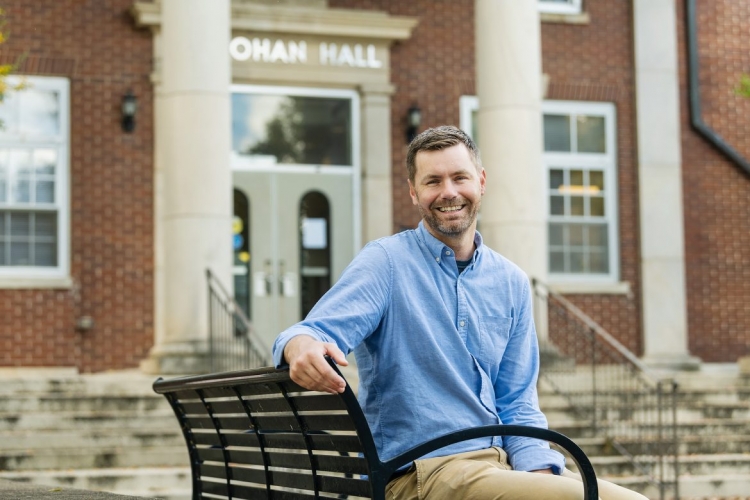 Since the COVID-19 pandemic began in the spring, MTSU faculty, staff, and students have been finding new ways to teach and learn. Dr. Ryan Korstange, an assistant professor in the University Studies department, did his best to learn from the spring semester how he could be most effective in the fall.

“Last semester, it was about going with your first instinct and seeing what worked,” Dr. Korstange said. “That gave us a lot of experience to figure out what actually worked and what didn’t, and that gave us perspective.”

Korstange says that having that perspective was important because, until last spring, he’d never been asked to alter his teaching methods so drastically. Likewise, his students had never been expected to learn in such a strange, non-traditional setting. Through the trial-and-error of the spring semester, he was able to make informed decisions to minimize any missteps.

Faculty members have also been leveraging a very important resource—each other—more than ever, Korstange says. Even though he’s working from home instead of his office on campus, he is still scheduling calls with his colleagues to discuss common challenges and how to overcome them. In addition to those colleagues on campus, Korstange has spoken with professors in other parts of the country who are encountering similar challenges.

“That helps a lot because sometimes it is easy to think the things we are struggling with here are particularly hard and unique to MTSU,” he said. “That’s not true. Everybody is struggling with how to teach during COVID because it is a hard thing to do.”

All of Korstange’s classes are “web-assisted,” meaning they meet in the classroom for about half the amount of time they would under normal circumstances. Everyone in the class wears a mask, and they’re also socially distanced.

“I work like crazy to present engaging and interactive information while maintaining distancing,” Korstange said, recognizing the unique difficulty of being successful in his own classes because he uses an approach based on problem-solving that’s designed to empower students to collaborate. “Not everything I try works because it’s hard to be interactive while keeping distance.”

In addition to keeping his office hours from home and spending a lot of time in his recently renovated guest bedroom/office, Korstange himself has school-aged children at home who have been attending their classes virtually too. He says there’s no real “normal” day anymore, but that’s okay.

While it may be hard to predict what any given day will look like, Korstange says he tries to keep a loose structure to his workdays—answer emails, get the kids ready for school, prepare for his first class, and so on. He says part of getting through each day is recognizing the challenges immediately so you can face them head-on.

“I am trying to be ultra-responsive to students right now, especially those who are struggling,” he said. “I also have faculty members that are part of the University 1010 program who have questions they wouldn’t normally have.”

Korstange says normalizing the idea that nobody knows what’s going on is important.

“One of the byproducts of all the safety measures we have taken to slow the spread of COVID is everyone is a little bit more isolated,” Korstange said. “When you are isolated, it is easier to think, ‘This is my struggle’ instead of, ‘This is our struggle.'”

He wants students to know that faculty and staff understand that things are different and can be difficult. He hopes this connection between students, faculty, and staff will lead to more success in dealing with these unconventional times.