Have an idea for an initiative or event? Email us at pcsw@mtsu.edu.

PCSW members staffed a table at the Communities Surviving Together event Thursday, September 23rd! Jayme and Lori handed out snacks of encouragement from 1:30PM-3:30PM on the SUB lawn. 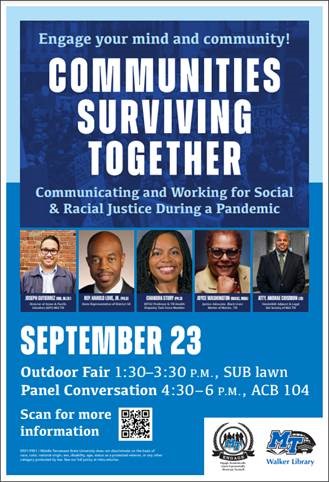 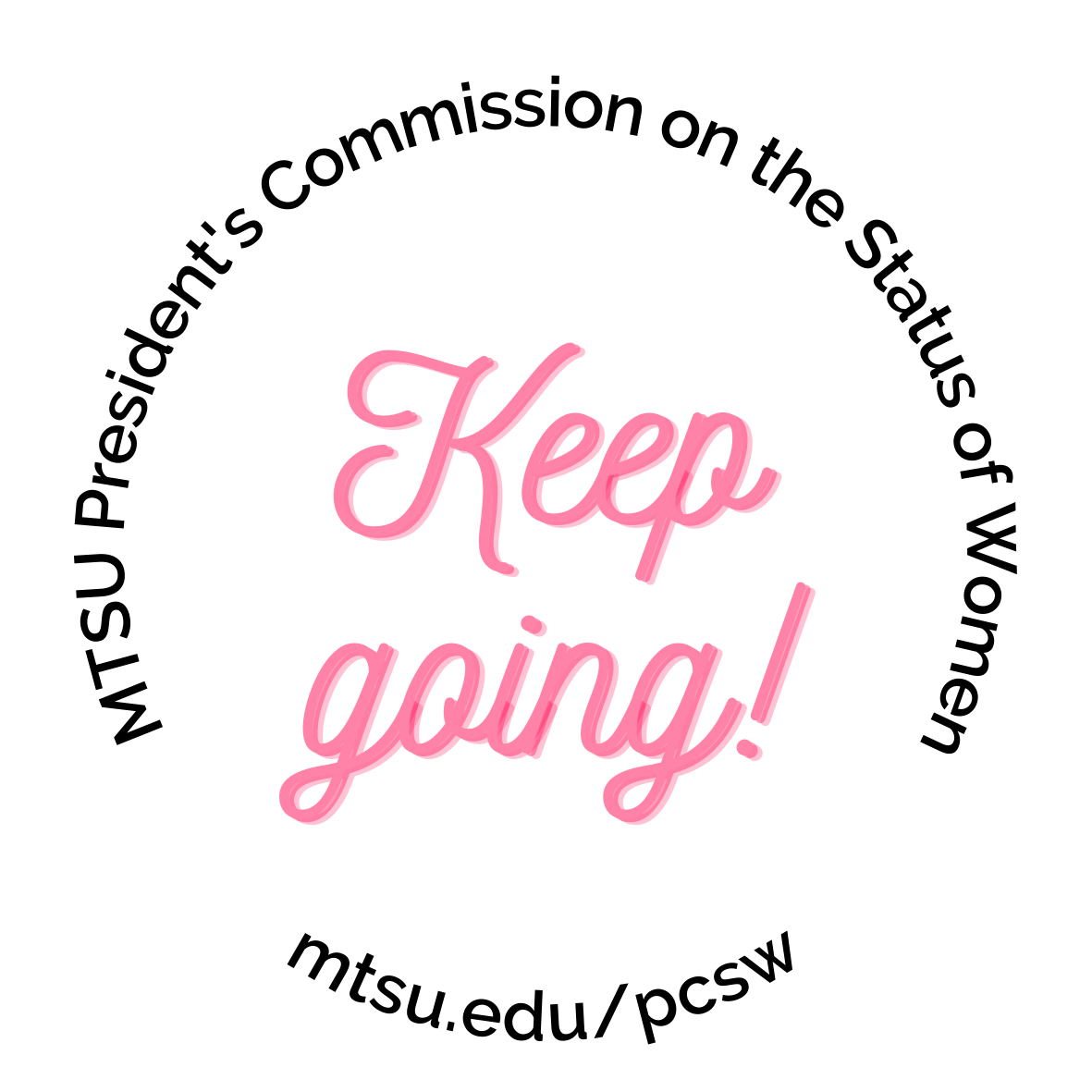 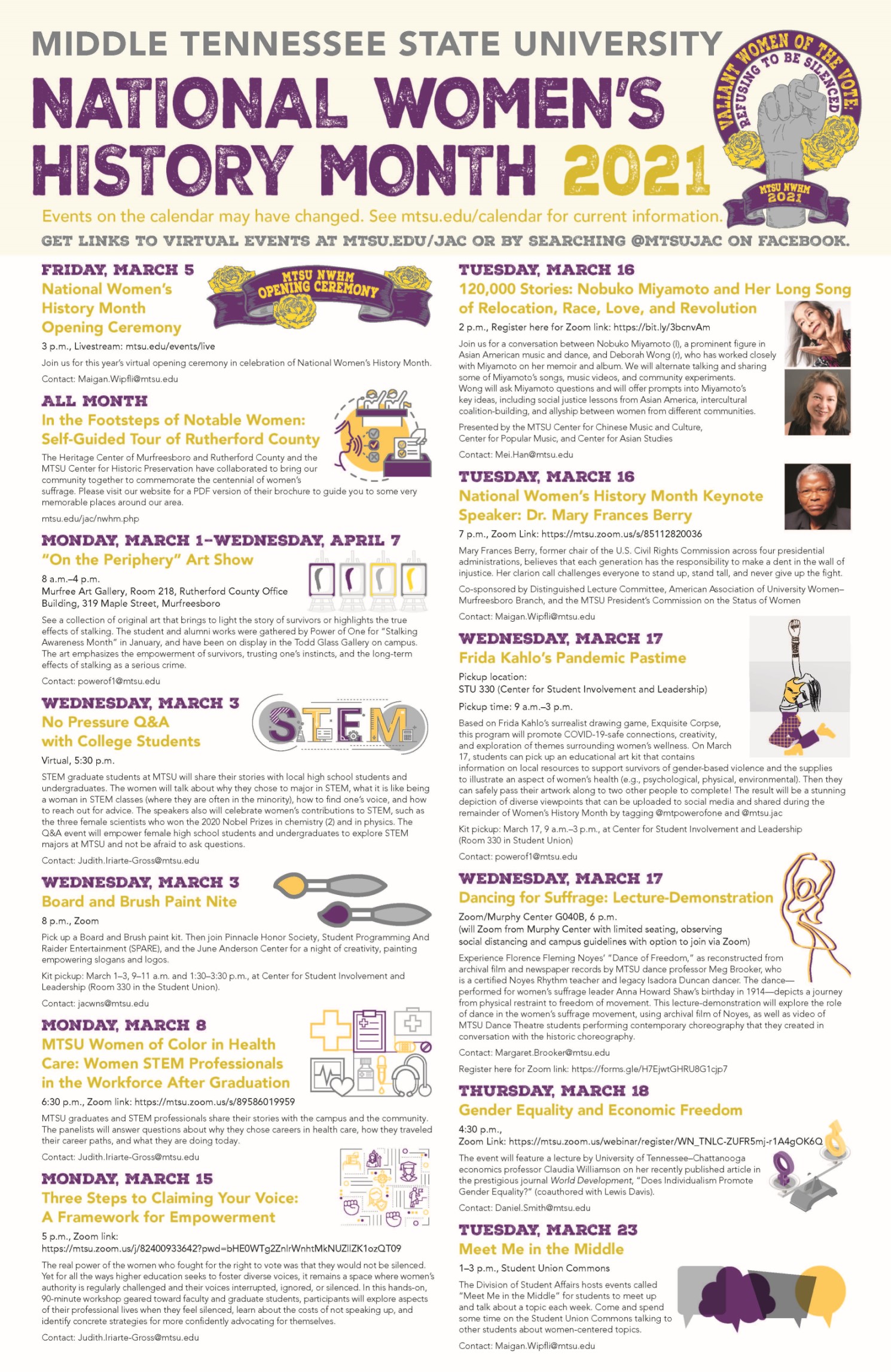 Mary Frances Berry, former chair of the U.S. Civil Rights Commission across four presidential administrations, believes that each generation has the responsibility to make a dent in the wall of injustice. Her clarion call challenges everyone to stand up, stand tall, and never give up the fight.
Co-sponsored by Distinguished Lecture Committee, American Association of University Women–Murfreesboro Branch, and the MTSU President’s Commission on the Status of Women
Contact: Maigan.Wipfli@mtsu.edu 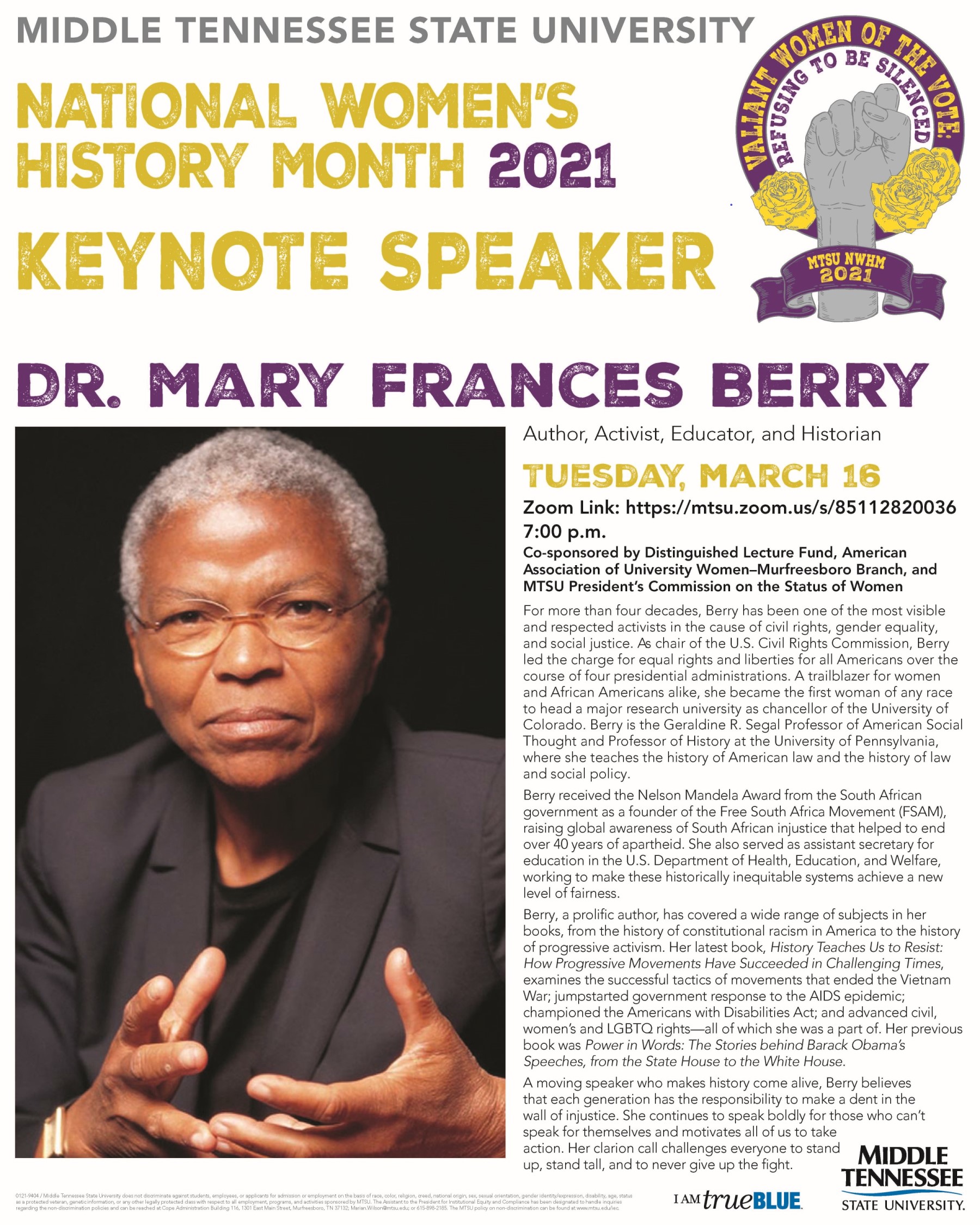 Hosted by the Veteran Feminists for America (VFA)

As you know, Betty Friedan wrote The Feminine Mystique (1963) and co-founded the National Organization for Women (1966). She was born on February 4, 1921, and died on February 4, 2006. To commemorate the 100th anniversary of her birth, VFA has gathered some powerful voices to reflect on how Friedan and the Second Wave women’s movement changed the world – and what the future holds for feminists. 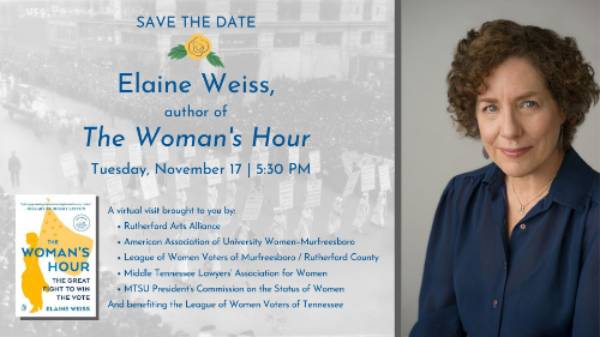 MTSU's President's Commission on the Status of Women partnered with the Rutherford Arts Alliance and the American Association of University Women-Murfreesboro to host a virtual tea party on August 11, 2020. The conversation focused on "The Woman's Hour: The Great Fight to Win the Vote" by Elaine Weiss. The book details the final weeks preceding the passage of the 19th Amendment, including "dramatic events at Nashville's Hermitage Hotel and a special session of the Tennessee General Assembly.

The MTSU President's Commission on the Status of Women nominated L'Oreal Stephens for the 2020 ATHENA Award.  The event was scheduled for April 17, 2020 but was rescheduled to September 16, 2020 due to COVID-19. 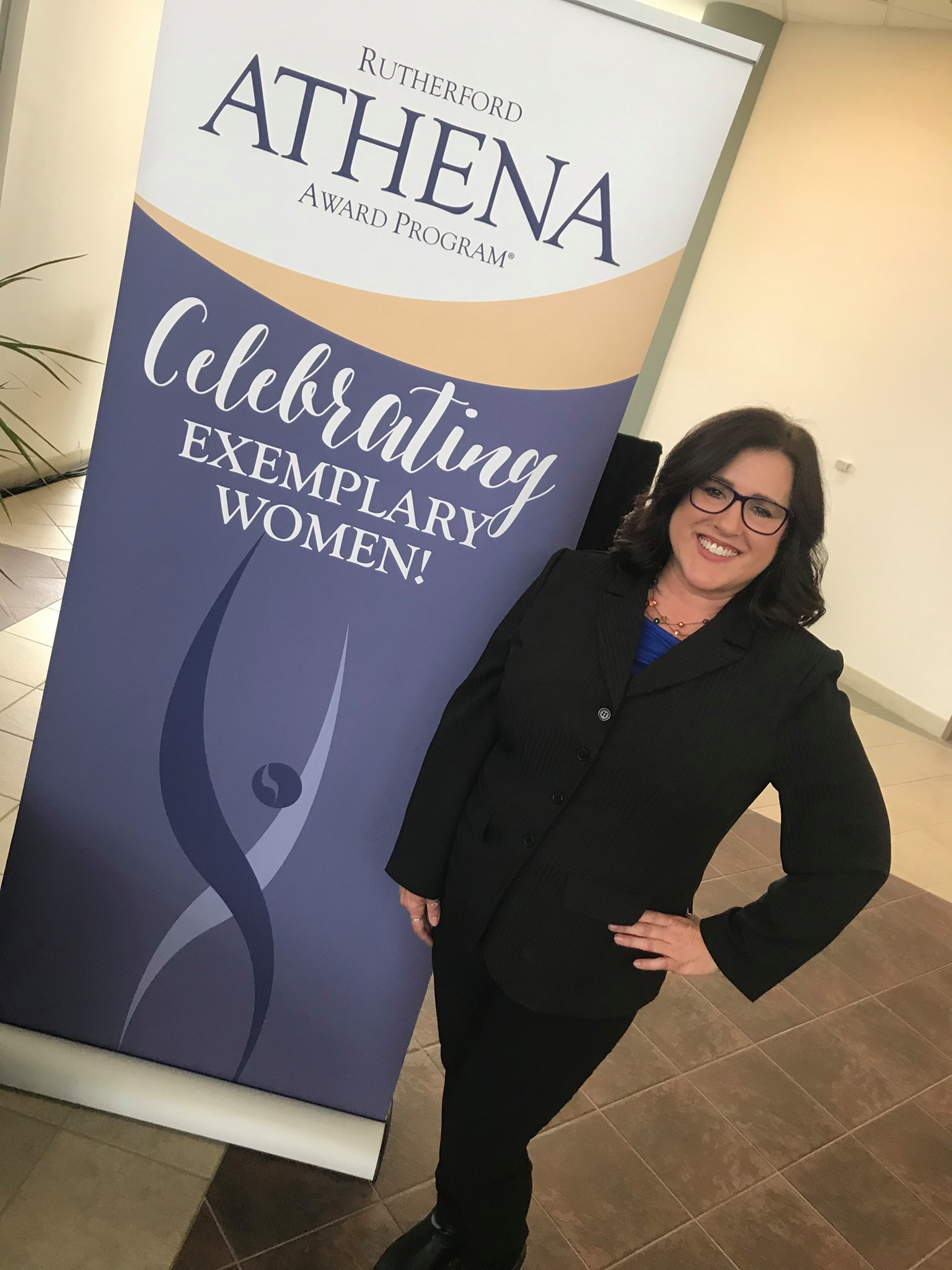 Women Warriors: A Celebration of Women Veterans was held November 5, 2019 at the MTSU MT Center. Speakers included were Dr. Hillary Miller, director of the MTSU Charlie and Hazel Daniels Veterans and Military Family Center and Beverly Groogan, the women's health coordinator and maternity care coordinator for the Veterans Administration in Murfreesboro (keynote). Honorees include:

This event was hosted by the American Association of University Women Murfreesboro (TN) Branch and sponsored by MTSU's June Anderson Center for Women and Nontraditional Students, the MTSU President's Commission on the Status of Women, MTSU's Charlie and Hazel Daniels Veterans and Military Family Center, and MTSU's Office of Institutional Equity and Compliance.