Welcome to MTSU’s Department of Recording Industry, where students from around the world turn their music business dreams into a reality. This is an environment of creativity, innovation and collaboration where students are nurtured and challenged by our internationally recognized faculty to prepare them for careers in all musical genres.

The Department of Recording Industry, founded in 1973, is one of the nation’s oldest and most prestigious music business programs, as evidenced by its consistent ranking on Billboard’s and Hollywood Reporter’s list of top programs globally.

With state-of-the-art facilities, including a new Virtual Reality lab, renowned internship programs, study-abroad opportunities, and an average enrollment of approximately 1,150 students, the program’s quality is unmatched in recording industry schools worldwide. In addition, Forbes magazine ranks MTSU as one of the Top 50 schools in the nation for being a “Best Buy” in higher education.

The department offers the best of both worlds because it has all of the benefits and resources of a major university, yet students receive the attention and support often found at a smaller college. While many of our students didn’t feel truly understood in high school because of their dedication to music, they feel right at home at MTSU, where they are surrounded by a group of kindred spirits with whom they can analyze song lyrics or passionately debate their preferences in recording software.

It is the only recording industry program in the world that resides in a College of Media and Entertainment, which means our students benefit from unprecedented associations with classes, students and faculty from video and film production, digital animation, journalism, photography and other creative communication areas. 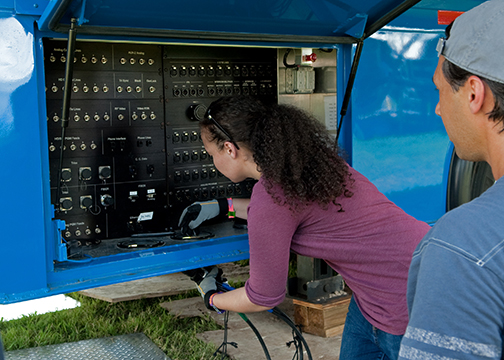 Our students also receive first-hand experiences from our partnership with the Bonnaroo Music & Arts Festival, where students receive class credit and work with professional sound engineers to record nearly 20 live performances each year. Our students learn from behind-the-scenes tours of the Grammy Awards, the Academy of Country Music Awards and other high-profile music events. They escort artists on red carpets and serve as production assistants on televised music shows. 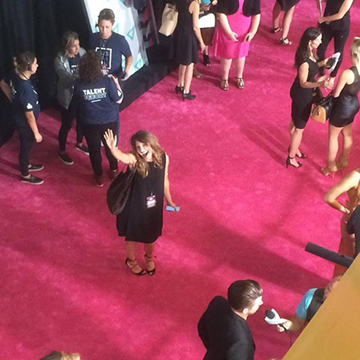 According to a Rolling Stone college guide, “Middle Tennessee State University – located in the surprisingly hip Murfreesboro, Tennessee – boasts one of the preeminent music business programs in the country.” 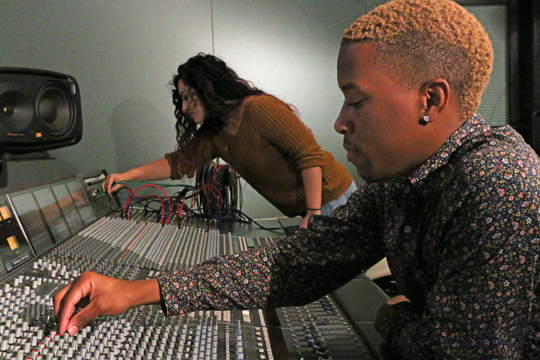 Our audio production program has been repeatedly nominated for the MIX magazine Technical Excellence and Creativity Award.  Our students have earned the Recording Academy’s Student Music Award and have won numerous national and international recording competitions, including the Audio Engineering Fantastic Scholastic recording competition sponsored by Shure Microphones.  The National Association of Recording Merchandisers (NARM) called us “the country’s most comprehensive four-year course in music merchandising.”

The Department of Recording Industry is a member of the Society of Professional Audio Recording Services (SPARS) and the Music & Entertainment Industry Educator's Association (MEIEA).

This is a special place that resides at the crossroads of creativity and business--but don’t just take our word for it.  While on-site tours are currently suspended for the remainder of the Fall 2020 semester, you can enjoy the informative virtual tour video at the top of this page or call us at 615-898-2578 to arrange a tour for the Spring 2021 semester so you can see for yourself!

Click here for a historic timeline and slide show of the department.