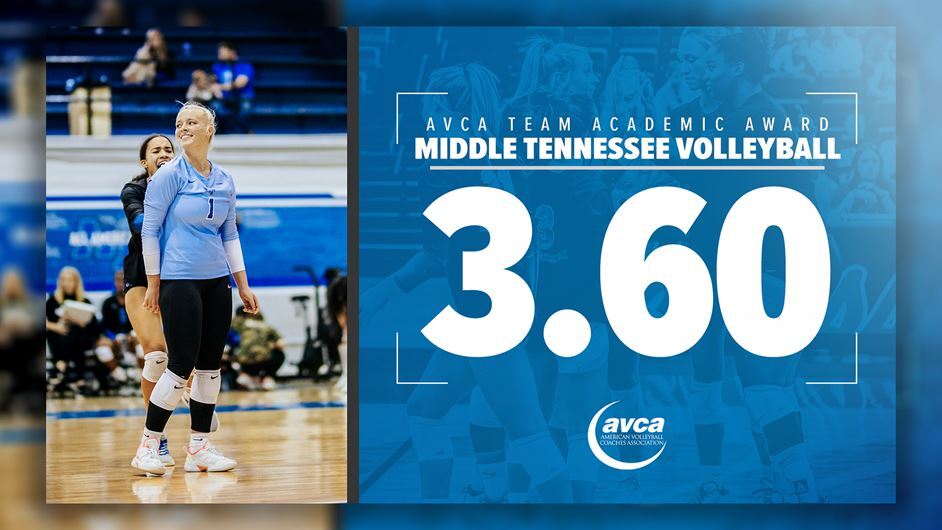 LEXINGTON, Ky. – The Middle Tennessee women's volleyball team is one of over 1,200 collegiate and high school teams nationally that have earned the United State Marine Corps (USMC) and the American Volleyball Coaches Association (AVCA) Team Academic Award for the 2021-22 season. The award, initiated in the 1992–93 academic year, honors volleyball teams that maintain a year-long grade-point average of 3.3 on a 4.0 scale or 4.1 on a 5.0 scale.

The Blue Raiders posted a 3.569 GPA across 2021-22 to claim their fifth consecutive AVCA Team Academic Award. The Middle Tennessee women's volleyball team also is one of two teams in Conference USA to earn the award five years in a row.

"Academic achievement does not happen by accident," said AVCA Executive Director Kathy DeBoer. "I'm so proud of the hundreds of coaching staffs that make excellence in the classroom a priority."

The Blue Raiders will take a trip to North Alabama for an exhibition match on Friday, August 19 at 6 p.m. before opening the season in Sacramento, California for the Sacramento State Invitational.