DePriest Nominated for 2022 NCAA Woman of the Year 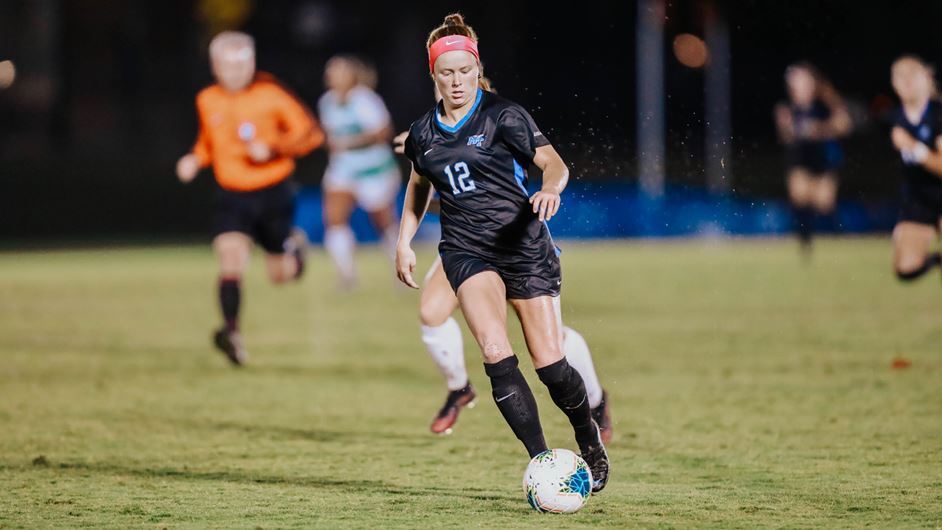 INDIANAPOLIS – Former Middle Tennessee Soccer standout Peyton DePriest is one of 577 female college athletes nominated for the 2022 NCAA Woman of the Year award, announced by the NCAA office.

The award, established in 1991 and now in its 32nd year, recognizes the academic achievements, athletics excellence, community service and leadership of graduating female collegiate student-athletes from all three NCAA divisions. To be eligible, a nominee must have competed and earned a varsity letter in an NCAA-sponsored sport and must have earned her undergraduate degree by summer 2022.

The list of nominees will now be trimmed down as the conference offices select their nominees for the NCAA Women of the Year award from the current pool of nominees. Each conference's nominee will be announced by the NCAA in August.

She graduated with her Master of Science in leisure, sport, and tourism management with a specialization in sport industry with a perfect 4.0 grade-point average this past spring after earning her undergraduate degree with a 3.94 GPA in exercise science in the fall of 2020.

DePriest just recently signed with AS Saint-Étienne in Auvergne-Rhône-Alpes, France competing in Ligue 2. Her season will start in August and run all the way through May 2023.