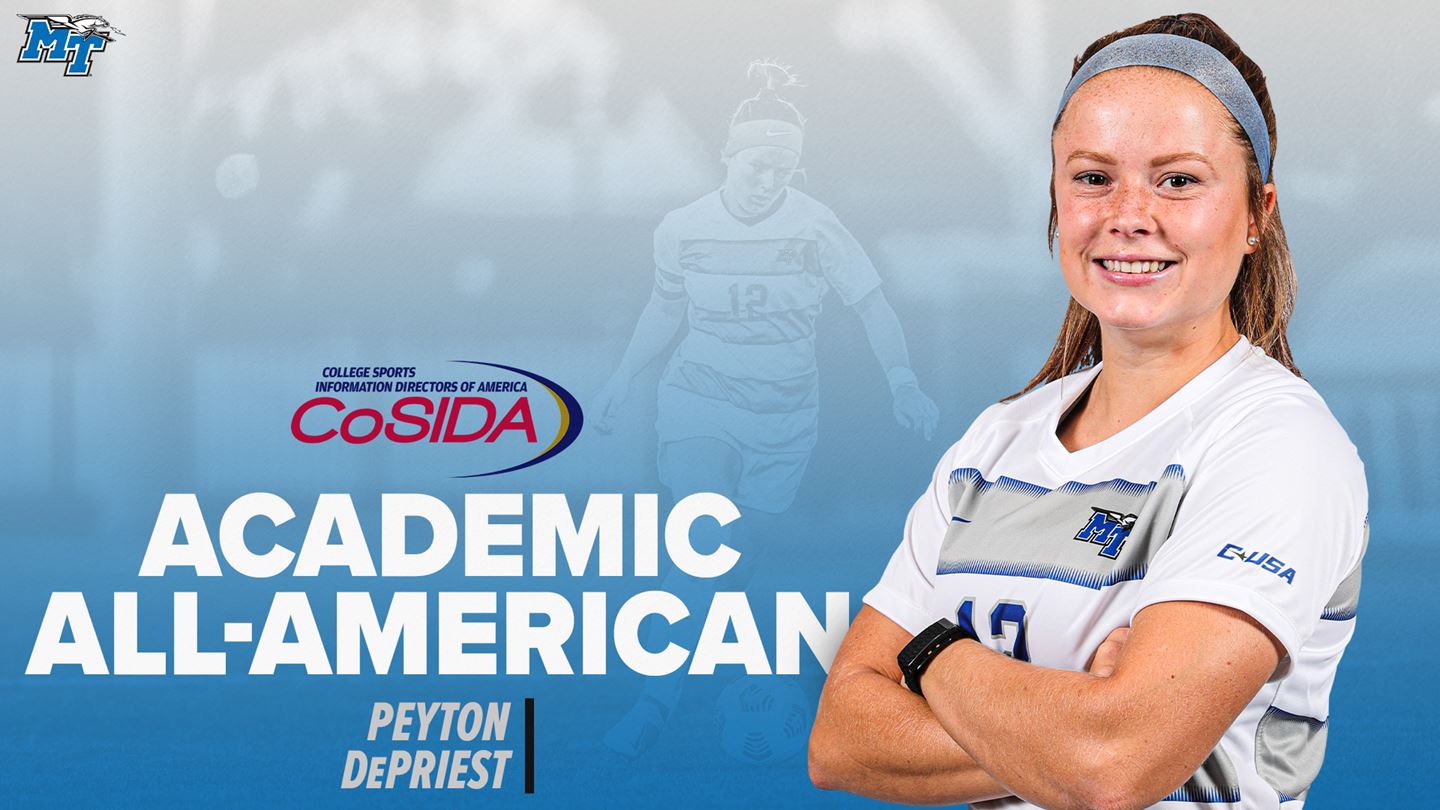 DePriest finds herself on the second team and is just the second Blue Raider in program history to be named an Academic All-American after Paige Goeglein was named to the first team in 2012.

Despite playing just six games this season, DePriest led the Blue Raiders with four goals, including three game-winning goals, the most in Conference USA. For her career, the Franklin, Tennessee native has 46 goals, already an MTSU record and just one shy of the C-USA record.

Off the field, DePriest is just as impressive having earned her bachelor's degree in Exercise Science in December with a 3.94 GPA. She is currently pursuing her master's degree in Leisure, Sport, and Tourism Management.