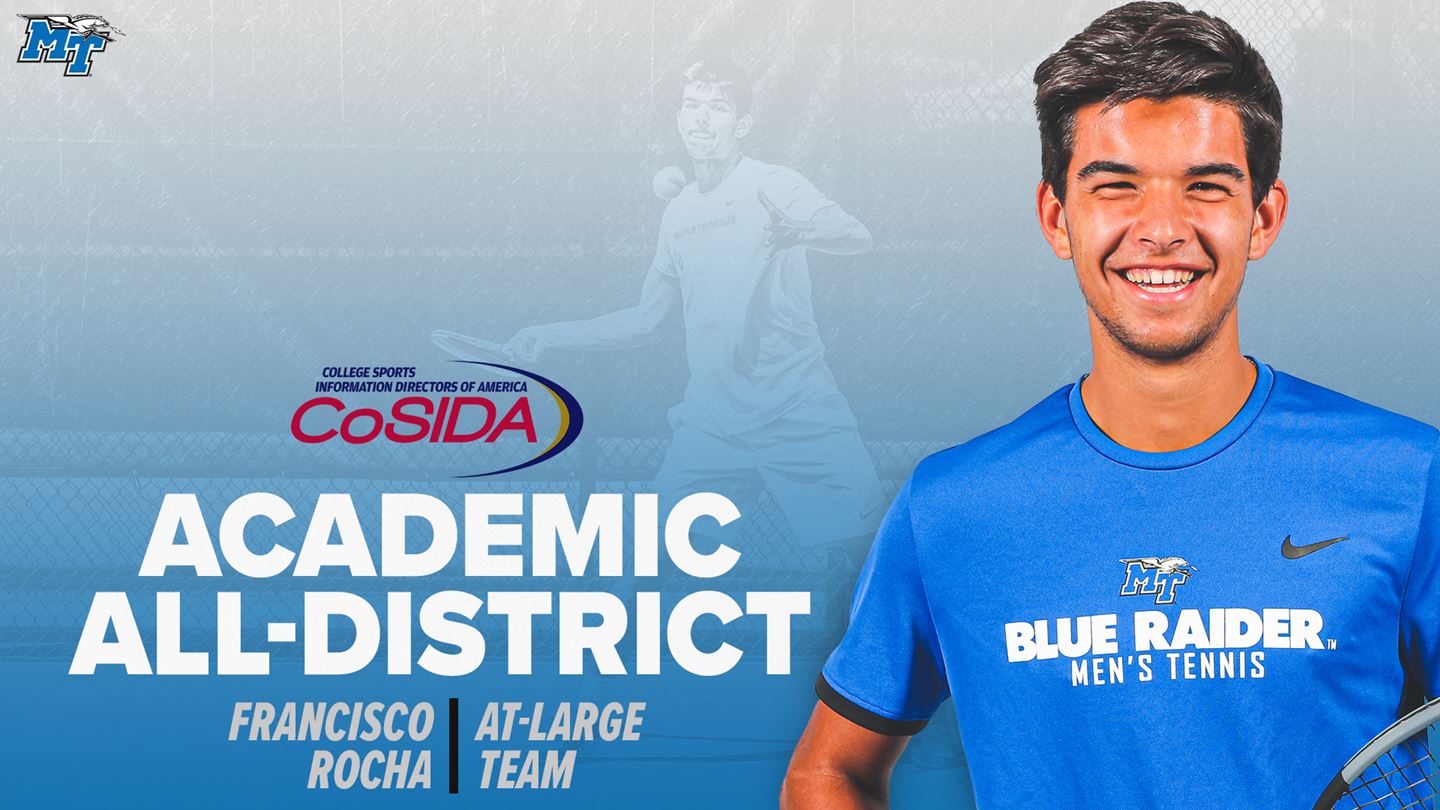 He was named an Academic All-American after completing his junior season with a perfect 4.0 cumulative grade point average as an economics and business administration major. The honor follows his Academic All-District honor in early July.

The Porto, Portugal native is fresh off a stellar junior campaign, which saw him produce a 13-6 record for Blue Raiders, in addition to working his way up to the No. 1 spot for the Blue Raiders and as well as rising in the national rankings, rising as high as No. 35 nationally. Rocha also helped lead the Blue Raiders to their second-straight Conference USA championship, in addition to clinching a spot in the NCAA Singles Championships.

His All-American selection joins an impressive list of accomplishments from the Blue Raiders' 2020-21 season, which included being named an NCAA Elite 90 Award recipient, C-USA Player of the Year, C-USA All-Academic, in addition to being a MTSU President's Award honoree.